Is Turkey on the verge of a NATO exit?
Freddie Reidy 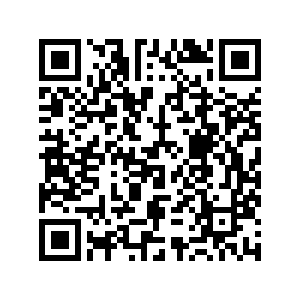 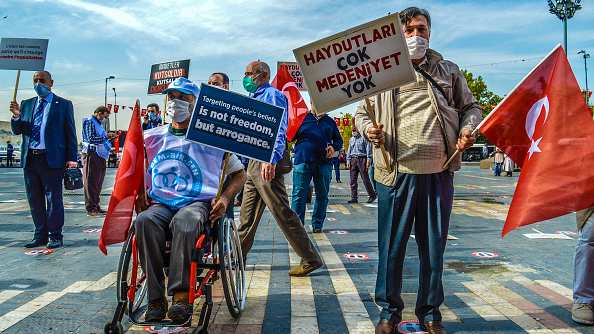 The Turkish Lira has struggled against the dollar for a second successive day as Turkey finds its economy in freefall due to a litany of diplomatic spats with France, the U.S., and the wider European Union. What does this mean for intra-NATO relations?

Relations between France and Turkey have been strained for some time. In the last year, the two nations have been in dispute over maritime sovereignty off the coast of Cyprus and have found themselves on opposing sides in the conflict between Armenia and Azerbaijan. France has also accused Turkey of "criminal responsibility" in transporting Syrian extremist fighters to Libya.

It was the beheading of a school teacher in Paris that has sparked the latest war of words. Samuel Paty was murdered by a Chechen extremist, having shown a cartoon depicting the prophet Mohammad, as featured in the satirical magazine Charlie Hebdo during a lesson on free speech.

France has a long-established history of separation of church and state and has previously robustly defended its secular status or laïcité - believing that freedom of expression should not be restricted by any one group. President Macron remained defiant, vowing that France "will not give up the cartoons".

The dispute has rapidly spread across Europe and the Muslim world. On October 27, in Bangladesh, over 40,000 people attempted to march on the French embassy, with leaders such as Nesar Uddin accusing Macron of being a "Satan worshipper" and "France, enemy of Muslims". Germany has denounced Erdogan's accusations as "defamatory" and "unacceptable"– strong diplomatic language by Berlin's standards.

In addition to his inflammatory accusations, the Turkish president also called for a ban on French products. Goods from France have already been removed from shops in Qatar and Kuwait. In Syria and Libya, anti-French protests have also erupted.

The French government has alerted its citizens in Indonesia, Bangladesh, Iraq, and Mauretania. President Macron, who is often perceived as weaker on domestic security, reinforced his position in a tweet, "We will not give in, ever. We respect all differences in a spirit of peace. We do not accept hate speech and defend reasonable debate. We will always be on the side of human dignity and universal values."

As the ripples from the incident spread far and wide, how long can NATO tolerate such dangerous infighting?

The spat has alarmed the U.S. with the State Department issuing a statement of their own "The United States strongly believes that unnecessary alliance infighting only serves our adversaries." 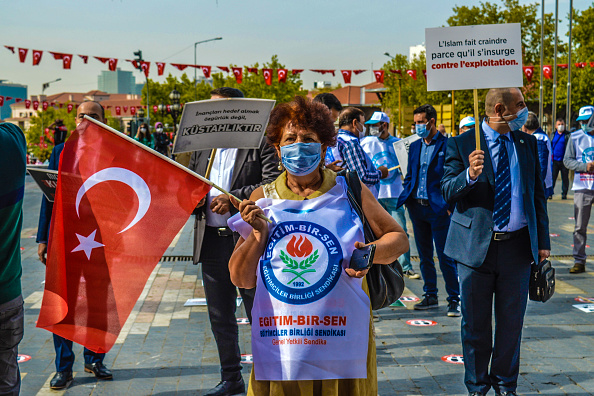 The U.S., though, is also at odds with Ankara over the testing of the Russian S-400 anti-aircraft platform in contravention of NATO policy - the purchase of the system had already seen Turkey removed the F-35 fighter program. Erdogan chose to mock the threat of "potentially serious consequences" from the U.S. in a televised address, "Whatever your sanctions are, don't be late". Erdogan appears to be increasingly fostering nationalistic fervor to shore up political control at a time of great economic turbulence.

Although appeals from the State Department for calm, patience with Erdogan is being severely tested. French MP, Válerie Boyer, member of the Committee on Foreign Affairs, appealed to parliament: "I ask to apply new strong measures, such as recalling our ambassador, withdrawing Turkey from the NATO, ending all negotiations for joining the EU and imposing economic sanctions."

For NATO, Turkey has been an essential bulwark to threats from the Middle East and Russia. It is becoming increasingly clear, however, that Ankara is drawing down heavily on its strategic geographic position in lieu of its value in support of NATO objectives.

The prospect of Turkey's expulsion from NATO is remote. Presently, there is no mechanism for doing so. What is probable, given the vital strategic significance of Turkey, is a program of sanctions and reduced cooperation aimed at forcing Erdogan to withdraw from Russian military cooperation.

Traditionally, the occasionally fractious NATO alliance has been kept in line by the U.S., but with continued criticism of the alliance from Washington and a U.S. preference for acting unilaterally, the strategic mission of NATO is less clear than in the past.

If Turkey were to be expelled, it would require a drastic upscaling of NATO's funding and presence in the region, and with only a small number of members achieving the 2 percent of GDP defense requirement, there would appear little appetite to allow such a situation to develop.

The threat to French interests and security both at home and abroad due to Erdogan's vitriol will be viewed in Paris as unforgivable. The consequence of this will likely render Turkey's NATO position within Europe as de facto suspended. NATO must therefore confront the question of how sustainable the present situation of a direct threat a member's security is, at a time where the weapons systems of a rival power are tested against NATO hardware and tactics.