Download
We break the world or we make the deals
CGTN 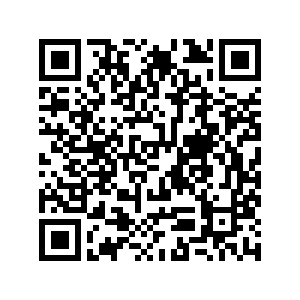 Editor's note: This week, Americans are going to decide who will be in the president's office for the next four years. Irrespective of the result, a divided American society after the presidential election is possible.

Approaching the 2020 presidential election, Americans argue over race, immigration, climate and COVID, and they seem to inhabit different planets nowadays. A good example is revealed by a poll saying that most Democrats who are looking for a relationship would not even consider dating a Republican voter. Washington Post columnist EJ Dionne once said, between liberals and conservatives there is ample room for dialogue and common action. And it is a test of the soul of America. But the test is not going well.

For America, it matters who will win the 2020 presidential election, but what they will do after also matters. There is a high chance that the losers will not meet the winners with a pat on the back. If the world worries about Trump in office, they should worry more about Trump out of office. And that is a big problem, not only for America but the entire world.

How do you live with opponents? That is a question within a country and between countries. In that sense, the bipartisan contest in America rhymes with the competition between China and America.

Yes, the two sides may not agree and may want to outwit, outmuscle and outlast the other. But do they need to hurt, harm or even humiliate each other?

No, if they use their moral compass and reasoning brain.

In the late 15th century, Portugal and Spain also had a big face-off to control global trade. But they did not fight a war because they had a higher loyalty, to Pope Alexander VI. The two Catholic marine powers owed their legitimacy to the higher power and they had to make peace to answer to the power.

Today, what is the higher power? For Democrats and Republicans, it is their responsibility to the country. American democracy is designed for disagreement, but it is destroyed by mutual contempt.

For China and America, it is their responsibility to the world. America accounts for 23 percent of the global economy, China 17 percent. They can try their best to make each other miserable, but for the remaining 60 percent, a bigger and longer misery is guaranteed.

But even if the contestants have compromised their moral authority and become purely selfish, they still have reasons to compromise. The trick is how to calculate your gains and losses.

For Democrats and Republicans, their calculation on partisan interests has blinded the leaders to meaningful cooperation on infrastructure, immigration and healthcare reform. Although reform may benefit Americans, including their political bases, standing their ground makes finding common ground impossible.

For China and America, it is a similar game. In 2011 the Obama administration decided to impose tariffs on photovoltaic products from China because the Chinese producers gained an advantage from government subsidies. Similar trade arguments continued into the Trump administration. But that is the wrong decision.

Comparative advantage is why there is international trade. It does not matter that the advantage comes from labor, technology or government policies. Yes, that disadvantage can make us uneasy. The loss is psychological, but the gain is substantial. In the end, the imported Chinese or American products increase the aggregate benefits of both peoples.

It is the same logic for Huawei, yes, they are imports from your opponent country, but they still serve the needs of Americans better than the other choices. The tech conflict has slowed the spread of high-speed telecom access throughout the world. And U.S. chipmakers are facing a huge loss of current and future sales. Using a fabricated national security excuse to keep China out is penny-wise but pound-foolish.

The British were exemplary in the effort. They were defeated by the Americans in the war for independence. But they established trade relations with America immediately after because it served the interests of the empire. They learned to manage failures and turn them into a success.

Cooperation with your opponents is not a failure, it is a success to stop bigger failures. Be it the domestic politics in the U.S. or the global politics between China and U.S., the urge to hurt is not just morally wrong but practically misguided.

We all need a new leap of faith, political or geopolitical opponents we may be, but still we can live with one another in a better way.

Donald Trump is not a good deal maker, but he is right to make the point, we break the world or we make deals.