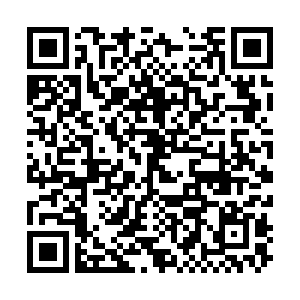 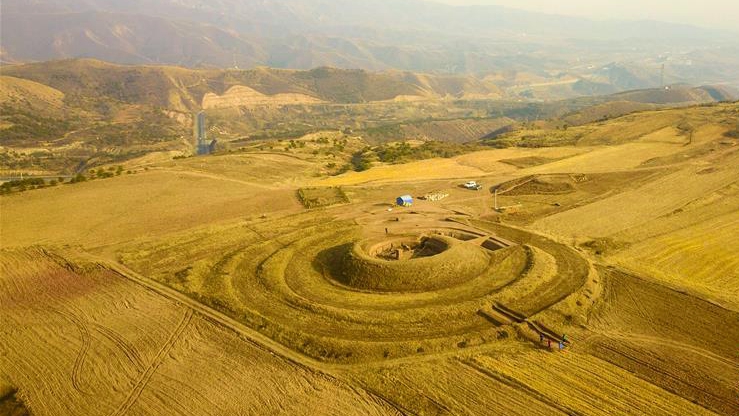 The site, covering 10,000 square meters, is located at the top of the Daqing Mountain north of Hohhot. It was first discovered in the 1980s, but it was not until 2019 that archaeologists formally unearthed it and confirmed its shape and structure.

In the middle of the site, archaeologists found the remains of a circular house where the emperor held heaven worship rituals. A small number of ritual pots were unearthed in the house. They also found circular trenches where sheep and horses were placed before the sacrificial ceremony outside the house.

Two platforms, known as "gai," that officials stand on during the ritual were also found outside the circular house. 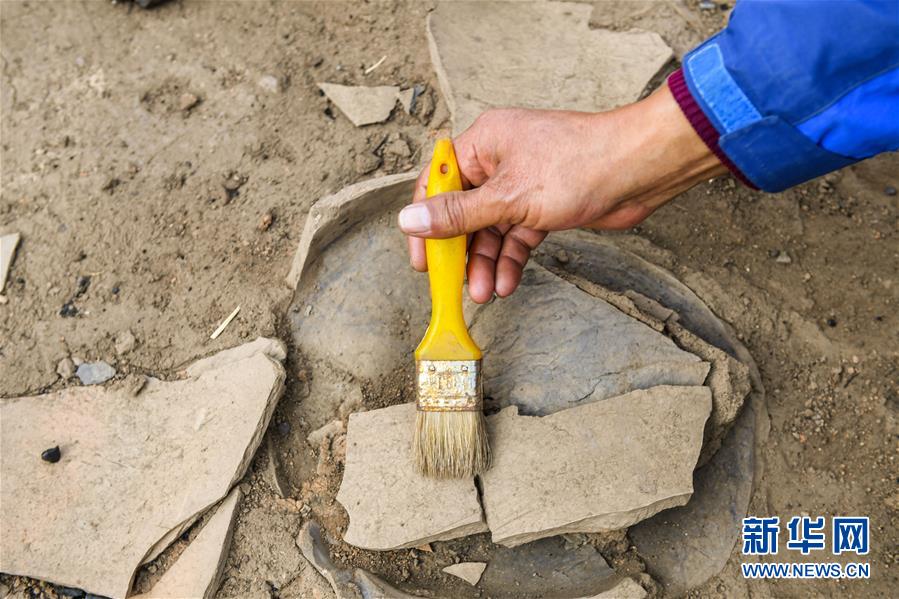 An archaeologist works on the excavation site of the Northern Wei Dynasty (386-534) at Wuchuan County, Inner Mongolia Autonomous Region. /Xinhua

An archaeologist works on the excavation site of the Northern Wei Dynasty (386-534) at Wuchuan County, Inner Mongolia Autonomous Region. /Xinhua

Based on the dating of the unearthed relics, the preliminary conclusion is that the site was used between 430 and 490, Zhang said.

In Chinese history, the Northern Wei Dynasty is the first feudal dynasty that united the Yellow River basin that was established by northern nomads.