Is it wise to start a business in an economic recession?
By Yao Nian 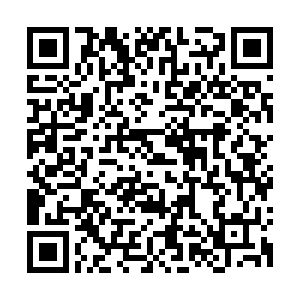 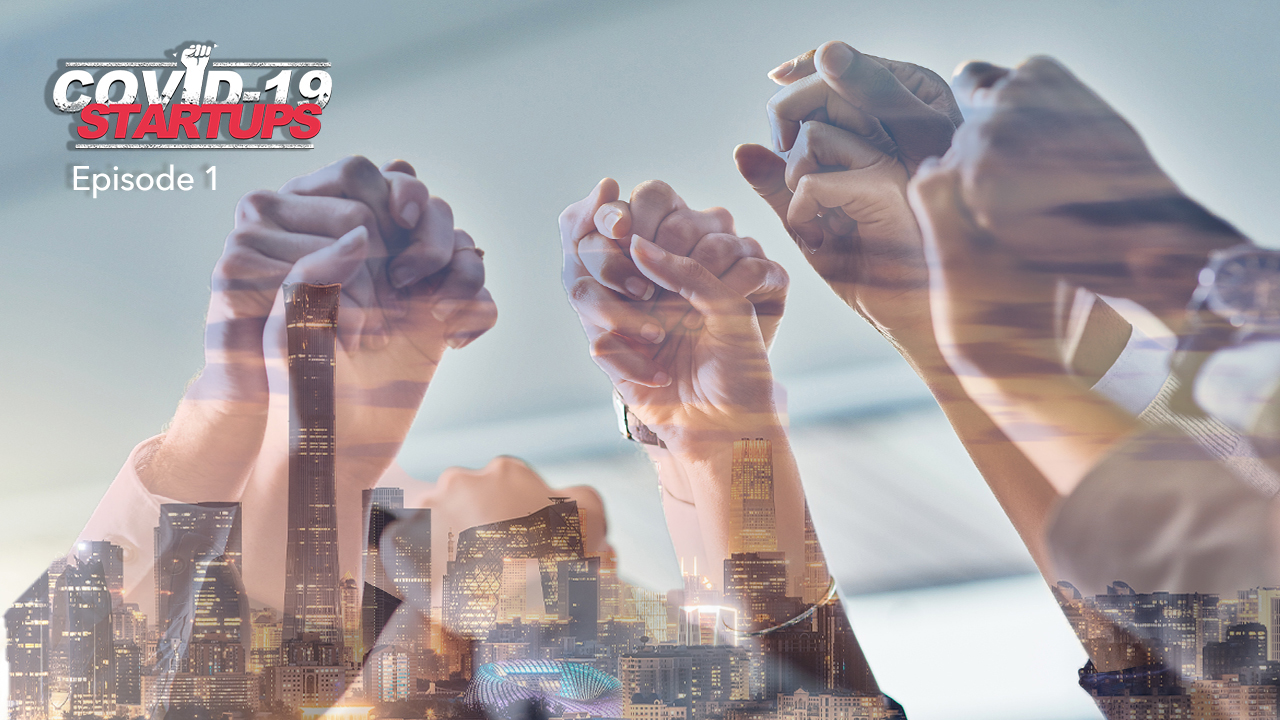 Editor's note: COVID-19: Startups is a series of articles comprising investors' and entrepreneurs' views on developing the venture capital market and entrepreneurship situation in China amid the COVID-19 epidemic.

The COVID-19 pandemic has dragged the world economy into recession, and many people think it is impossible to start a business in such uncertain times, as consumers and investors are becoming cautious.

However, history tells us that a recession might not be a bad time to start a business as it could mean fewer business competitors, low marketing costs and less competition for recruiting talents.

Some of the most well-known businesses started during economic recessions. For example, unicorns like Airbnb and Uber were founded during the 2008-2009 global financial crisis and Chinese e-commerce giant Alibaba's Taobao was launched during the 2002-2003 SARS outbreak.

Moreover, Microsoft was established in 1975 after the OPEC oil embargo, General Motors was set up in 1908 following the Bankers' Panic, and General Electric was founded in 1892 amid a global economic crisis.

An extraordinary 57 percent of the Fortune 500 companies were founded during a recession, and these new firms recreated the economy, generating jobs and facilitating innovation, according to a study from the Kauffman Foundation. 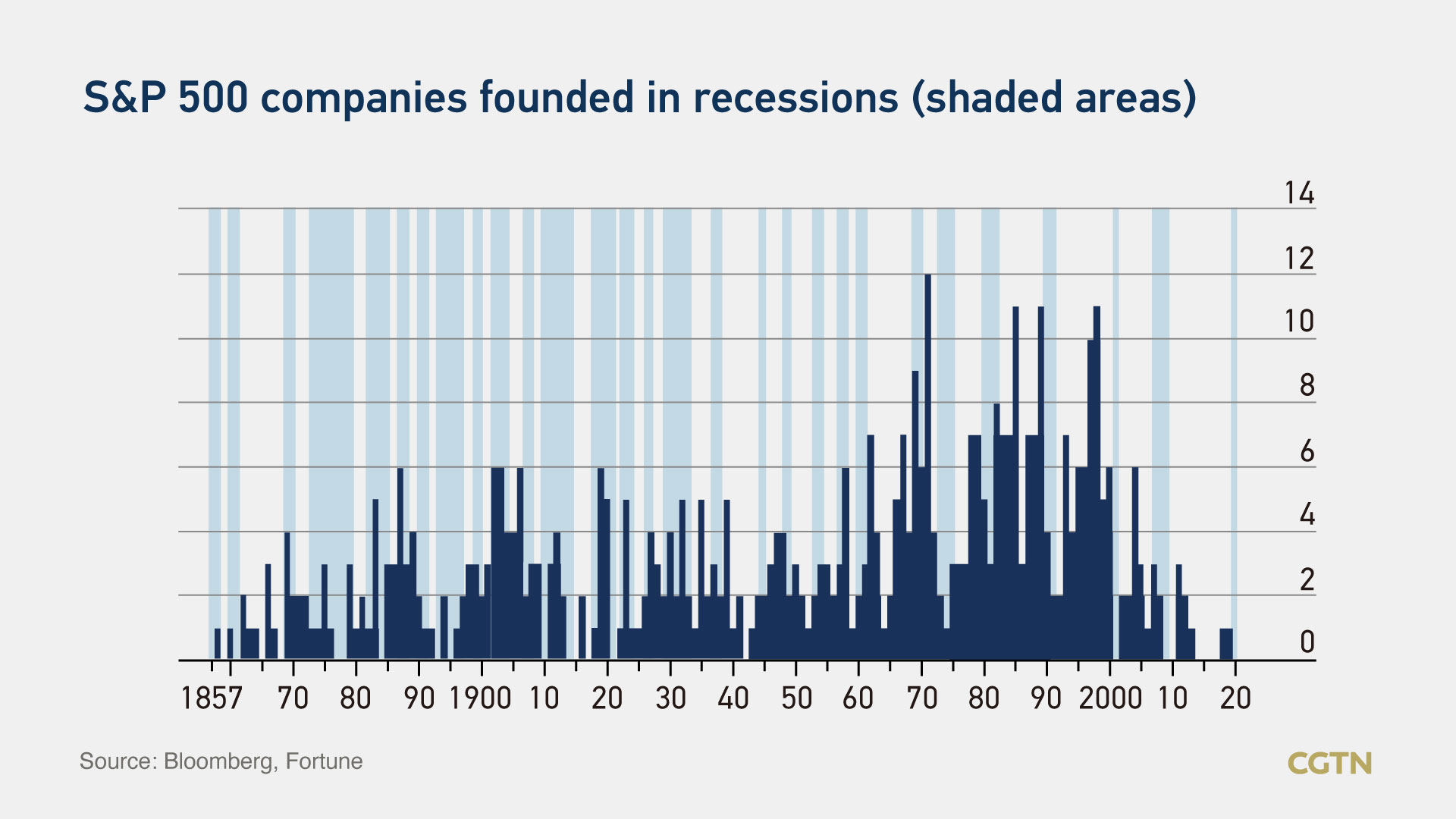 An unemployed individual, with some measure of experience, may spot an opportunity to start a new company at a time when he feels there's nothing to lose. Entrepreneurs may also target the unemployed as a potential pool of employees.

"If we've learned one thing from funding so many startups, it's that they succeed or fail based on the qualities of the founders. The economy has some effect certainly, but as a predictor of success, it is rounding error compared to the founders," said Paul Graham, venture capitalist and co-founder of Y Combinator.

Speaking to CGTN, investors Shaw Wang and Liu Chengcheng and young entrepreneurs Wu Weili and Song Minjie shared their views on the pandemic's impact on startups and whether crisis is a good time to start a business.

Wang is founder of Unity Ventures, one of the leading early-stage venture capital firms in China. He was formerly a member of Baidu's founding team. Liu is founder and chairman of 36Kr, China's equivalent of TechCrunch, and an angel investor.

The following are excerpts from the interviews, edited for brevity and clarity.

CGTN: How has the pandemic affected startups in China?

Wang, Unity Ventures: The pandemic has greatly affected startups reliant on offline consumption. But it has also boosted growth of those that have online business model or provide online services. Some startups with high cash flow requirements have suffered difficulties, but they have basically recovered by raising funds in various ways.

Liu, 36Kr: Companies like offline retailers struggled to survive, as they had to pay suppliers and workers with large stock of unsold goods, which made their cash flow very tight. I think the number of startups was reduced at the time as many went bankrupt, but the average quality is better than those in previous years. I feel the recovery picked up pace starting July.

Wu, Beijing Zhishi Information Technology Co., Ltd.: The epidemic has affected our way of work, imposed pressure on our operating costs, and hindered our business growth. We adopted remote office tools to reorganize work in a timely manner, chose shared office space and found part-time staff to reduce costs. The government's policy to waive companies' social insurance payments and defer the collection of housing provident funds saved our labour costs by nearly 10 percent. But as our customers’ revenue falls, our revenue this year will also drop.

Song, MicroVcard: It is a tough thing to start a business and the epidemic has added difficulties, such as by affecting investor confidence. We walked a tight rope with salary adjustments and bonuses, and everyone worked overtime. In June and July, some employees resigned and went to big companies. We have chopped off unimportant things and gave up unnecessary investments in software and hardware.

CGTN: Is crisis a good time to start a business?

Wang, Unity Ventures: I think some outstanding companies have emerged in this crisis, because the epidemic has changed a lot of things, and the changes are actually the foundation of entrepreneurship. If an industry does not undergo huge changes, the chance of starting a business is actually small. Good entrepreneurs should face up to the difficulties and investment institutions should speed up the pace of investment. I think the epidemic is probably an opportunity rather than a risk.

Liu, 36Kr: The economy will recover from the epidemic, and the economic growth will be greater than usual. If a business starts in a crisis and seizes the dividends, it can easily grow large. I don't think there's any challenge for the business established in a crisis, because a crisis suggests that a bubble has disappeared. The bad things happen first, and then the probability of good things becomes relatively high.

Wu, Beijing Zhishi Information Technology Co., Ltd.: In fact, the epidemic has been a good opportunity for our company to overtake competitors at a time when many of our businesses were suspended and we could spend more time in developing our new business Sales Star CRM, an online platform for SMEs to quickly manage relationships with customers. If it was not for the epidemic, we would still be following the old business model that cannot be replicated on a large scale.

Song, MicroVcard: Young entrepreneurs might not have accumulated enough capital or other resources to start a business, and they often rely on early-stage investors. I think the epidemic greatly impacted the investors.

CGTN: What are some of the new business opportunities for startups?

Wang, Unity Ventures: I think opportunities are in three fields. The first is enterprise services that help companies improve efficiency, increase sales, reduce costs, achieve unmanned operation, manage software, etc. The second is opportunities in industries with low efficiency, where software, data and robots can be used to improve output. The third is service-oriented platforms that provide online transaction systems for real estate, cars, and so on.

Liu, 36Kr: I think the opportunities are mainly twofold. One is in the industries heavily affected by the epidemic, where many companies have closed down and as a result consumer demand has not been met. Startups have come out to fill the gap in demand and they are doing business differently and more innovatively. The other opportunity is in the industries related to epidemic control, such as medical treatment, vaccines, protective clothing and medical equipment.

(Video made by Sun Siyi)