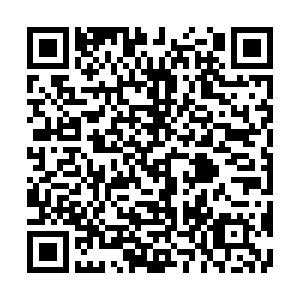 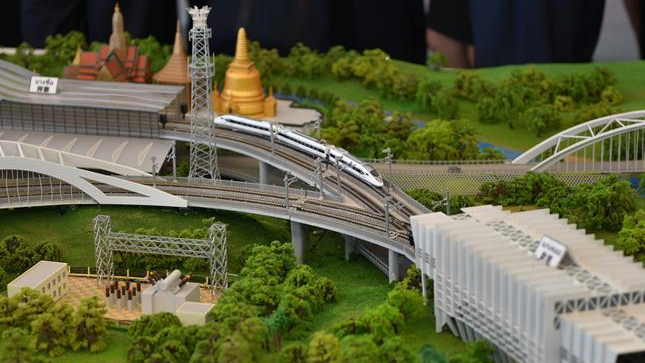 A model of the first phase of the high-speed railway linking Bangkok with Nakhon Ratchasima province in Pak Chong, Thailand, December 21, 2017. /Xinhua

A model of the first phase of the high-speed railway linking Bangkok with Nakhon Ratchasima province in Pak Chong, Thailand, December 21, 2017. /Xinhua

A key contract for work on the Thai-Chinese high-speed railway from Bangkok to northern Thailand's Nakhon Ratchasima was signed on Wednesday, injecting new vitality into the country's sluggish economy.

The project helps improve Thailand's infrastructure and boost the economy, and the Thai government attaches much importance to the railway cooperation with China, which is an important strategic route that would increase the country's competitiveness and development of the cities along with it, he said.

The Thai Prime Minister thanked all who have contributed to the project, which has enhanced the bilateral friendship between Thailand and China.

Expressing confidence in the project, the prime minister added that it will help develop Thailand as a hub for transport and logistics in the Association of Southeast Asian Nations and lead to new trade, investment and tourism opportunities in the areas along the rail.

"Let's unite in concerted efforts and wish everything goes well on the project," he said in Chinese, giving his best wishes.

The contract, known as Contract 2.3, covers the railway system, electrical, signaling and communication systems, procurement of train carriages, personnel training, the operation and maintenance work and technology transfer for the 253-kilometer-long rail from Bangkok to Nakhon Ratchasima, the gateway to northeastern Thailand.

The construction of the railway is the first phase of the Bangkok-Nong Khai High-Speed Railway project with China, according to the Bangkok Post.