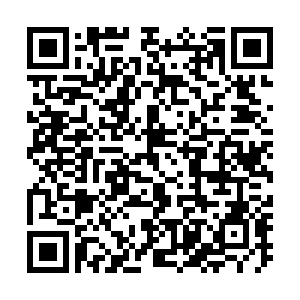 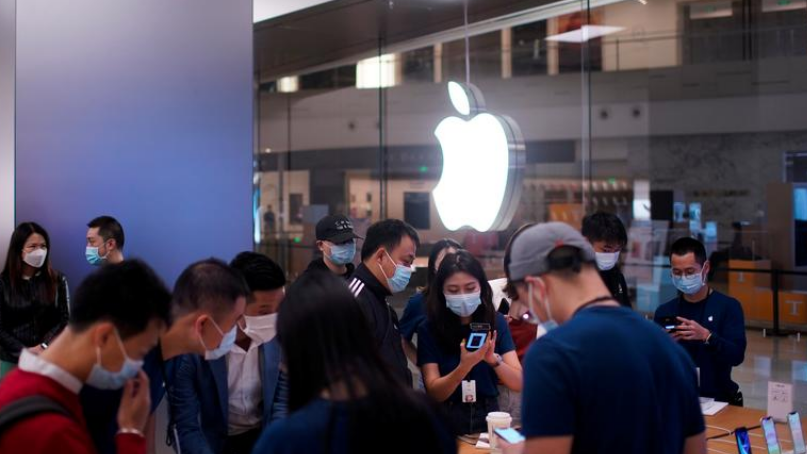 People look at Apple products at an Apple Store, as the coronavirus disease (COVID-19) outbreak continues in Shanghai, China on October 23, 2020. /Reuters

People look at Apple products at an Apple Store, as the coronavirus disease (COVID-19) outbreak continues in Shanghai, China on October 23, 2020. /Reuters

Apple on Thursday announced the financial results for its fiscal 2020 fourth quarter ended Sept. 26 with record revenue of $64.7 billion, up by 1 percent on an annual basis.

But the company's shares nosedived more than four percent in after-hours trading on Thursday on word of a steep drop in sales of iPhones, which are at the heart of the tech titan's money-making engine.

Its international sales accounted for 59 percent of the quarter's revenue, while Apple's net sales in the Great China region decreased to $7.95 billion from $11.13 billion a year ago, according to the company's financial statement.

"iPhone is the cash cow and the driver of pretty much every add-on service Apple has out there," said analyst Patrick Moorhead of Moor Insights and Strategy in an interview with AFP.

The company's services revenue reached $14.55 billion from $12.51 billion year on year. It also posted quarterly earnings per diluted share of $0.73.

"Apple capped off a fiscal year defined by innovation in the face of adversity with a September quarter record, led by all-time records for Mac and Services," said Apple's CEO Tim Cook.

"Despite the ongoing impacts of COVID-19, Apple is in the midst of our most prolific product introduction period ever, and the early response to all our new products, led by our first 5G-enabled iPhone lineup, has been tremendously positive," he noted.

According to Maestri, Apple returned nearly $22 billion to shareholders during the quarter, as the company maintained the target of reaching a net cash neutral position over time.

Apple's Board of Directors has declared a cash dividend of $0.205 per share of the company's common stock. The dividend is payable on November 12, 2020 to shareholders of record as of the close of business on November 9, 2020.