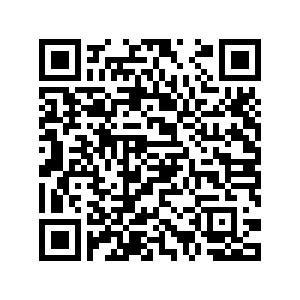 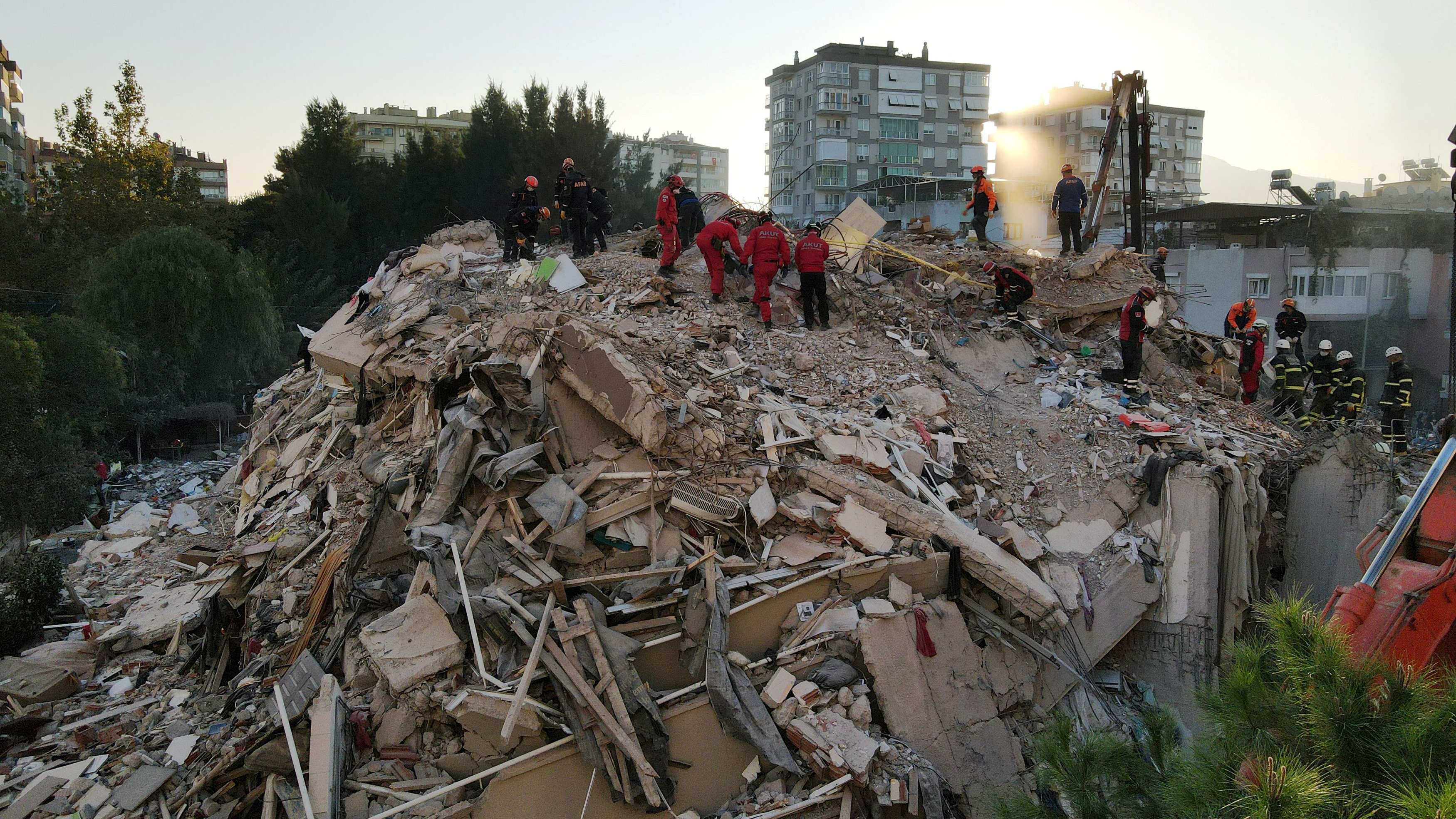 Searching for survivors at a collapsed building after an earthquake hit the Aegean port city of Izmir, Turkey, October 31, 2020. /Reuters

Searching for survivors at a collapsed building after an earthquake hit the Aegean port city of Izmir, Turkey, October 31, 2020. /Reuters

Rescue workers were searching eight wrecked buildings amid dwindling hope for survivors as the death toll from a powerful earthquake which hit western Turkey rose to 92, according to the country's Disaster and Emergency Management Authority (AFAD) on Monday.

At least two teenagers also died on the Greek island of Samos.

The quake injured at least 994 people, AFAD said, after it on Friday afternoon struck off Turkey's Aegean coast, north of the Greek island of Samos, bringing buildings crashing down and setting off tidal waves that slammed into coastal areas and islands. Around 220 people are still being treated for injuries.

It is the deadliest quake to hit Turkey in nearly a decade since a quake in the eastern city of Van in 2011 that killed more than 500 people.

What happened on Friday?

The magnitude-6.6 quake earthquake at 14:51 local time (11:51 GMT) on Friday struck off Turkey's Aegean coast, north of the Greek island of Samos, according to AFAD. The epicenter was measured at 17 km off the coast of Seferihisar district in the western province of Izmir with a depth of 16.54 km.

USGS said the quake struck was magnitude-7.0 at a depth of 21 km and was felt as far away as Athens and Istanbul, triggering a mini-tsunami.

A sea surge has flooded streets near Izmir, a Turkish city with a population of around three million people, where buildings were reduced to rubble.

Classes in Izmir will be halted for one week due to the earthquake. 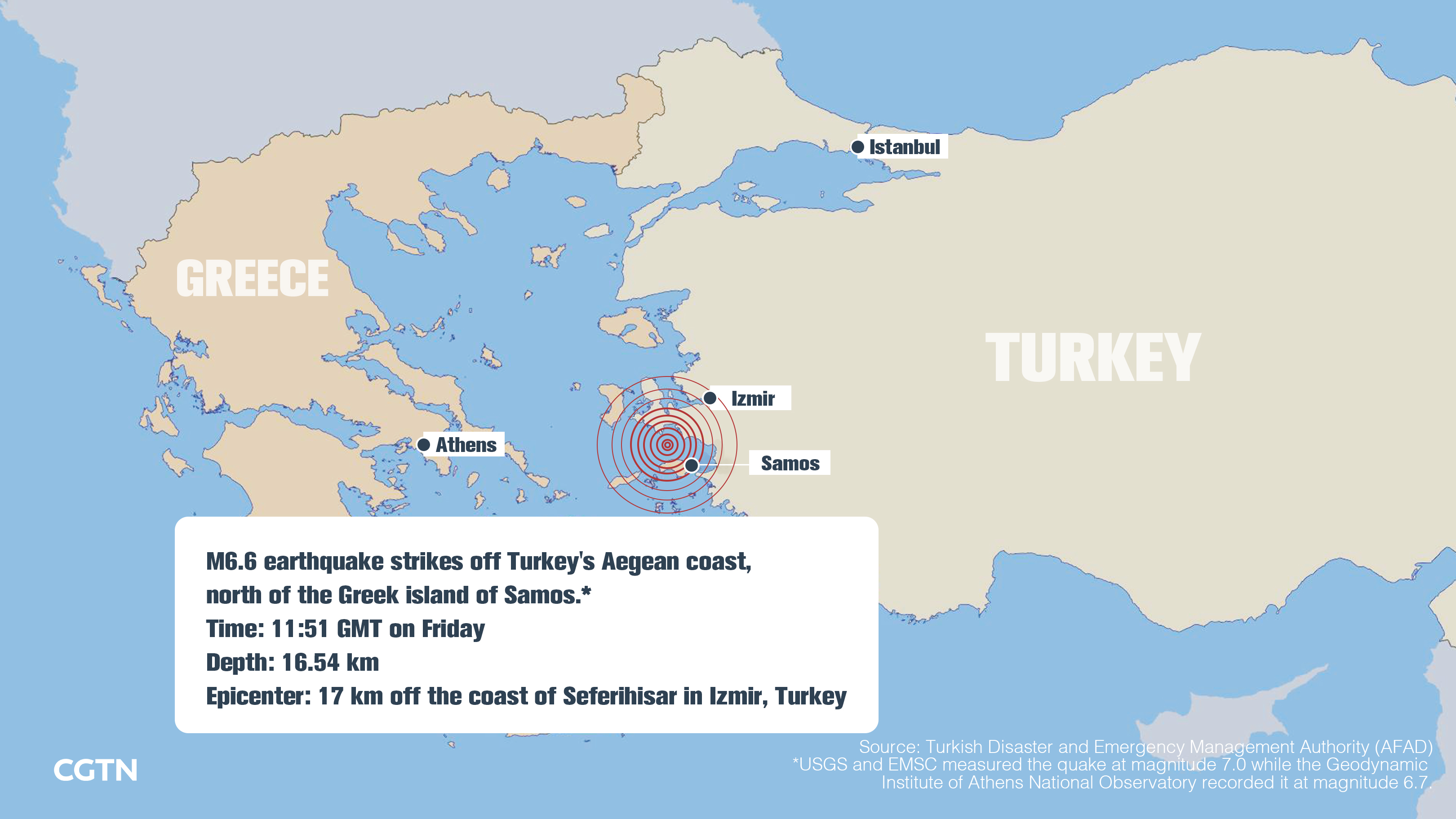 Images from Izmir have shown dazed people trying to make their way through rubble piled high on the streets.

"Oh my God!" one passer-by shouted near a collapsed building in one image that went viral in Turkey, reported AFP.

In another, a crowd let out a relieved cheer and broke out in applause as one woman was pulled out alive in tears. 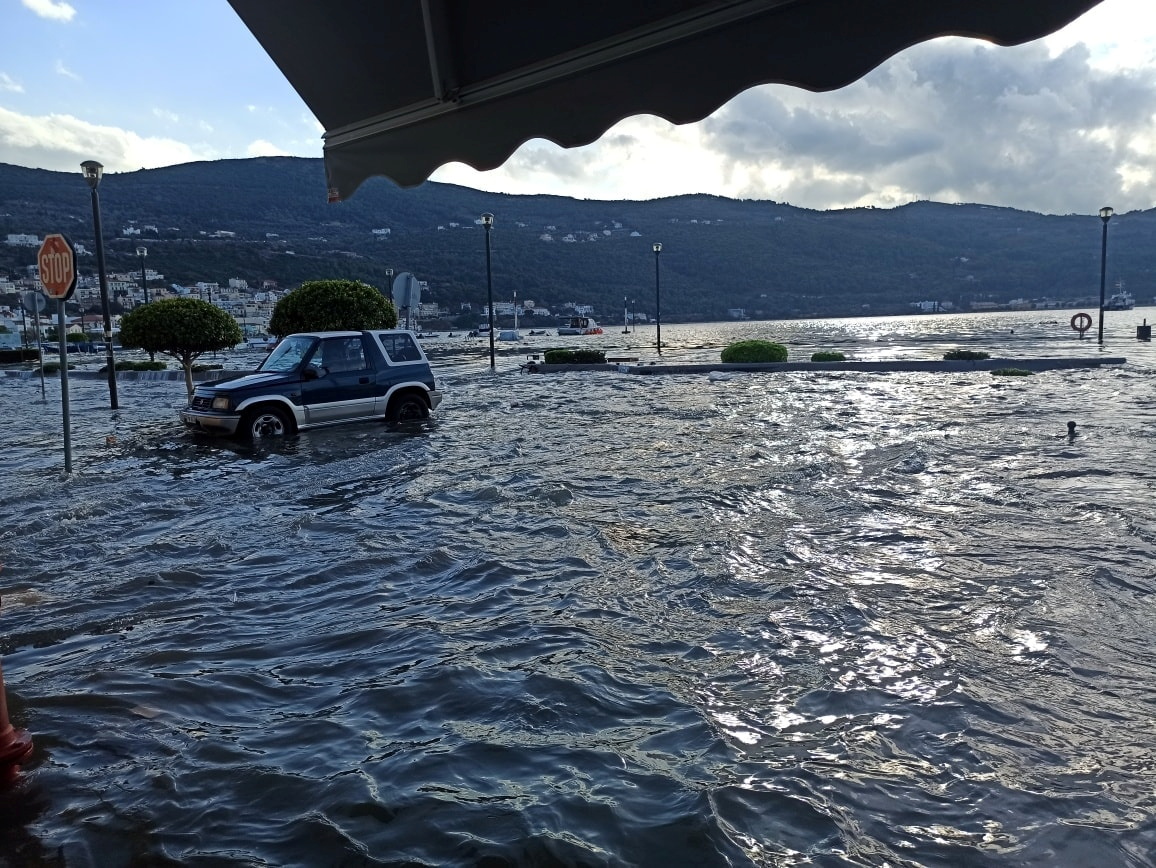 Seawater covers the promenade of the port town of Vathy following an earthquake, on the island of Samos, Greece, October 30, 2020. /Reuters

Seawater covers the promenade of the port town of Vathy following an earthquake, on the island of Samos, Greece, October 30, 2020. /Reuters

Images on social media showed water rushing through the streets of one of the towns near Izmir from an apparent sea surge.

Thick white plumes of smoke rose from various parts of the city itself, where whole building blocks had collapsed.

On the Greek island of Samos, near the quake's epicentre, people rushed out into the streets in panic.

"The walls of some houses have crumbled and several buildings are damaged," the island's Deputy Mayor Michalis Mitsios told local media.

"It was chaos," added fellow Deputy Mayor Giorgos Dionysiou. "We have never experienced anything like this."

Footage showed rescuers being helped by residents and police using chainsaws as they tried to force their way through the rubble of a seven-floor building that had collapsed, AFP reported.

Rescuers called for silence to listen for any signs of survivors, before clearing boulders and other debris in a human chain. 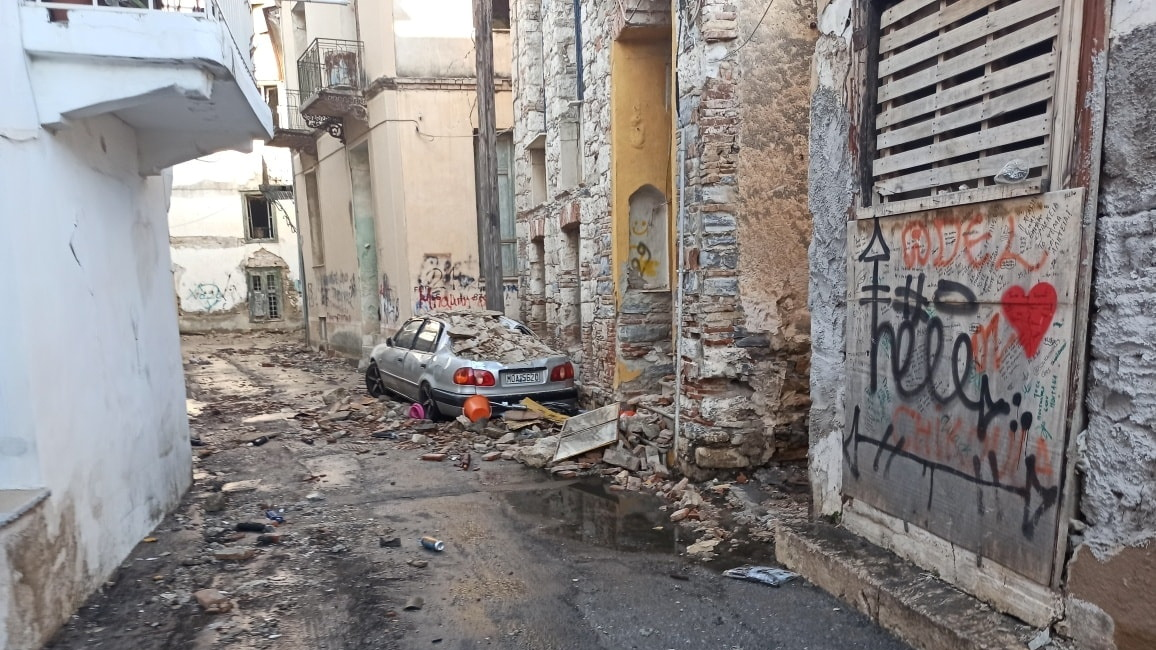 A damaged car at the port town of Vathy following an earthquake, on the island of Samos, Greece, October 30, 2020. /Reuters

A damaged car at the port town of Vathy following an earthquake, on the island of Samos, Greece, October 30, 2020. /Reuters

Turkish President Recep Tayyip Erdogan tweeted that he was ready to help "with all the means available to our state."

The Greek civil protection agency told Samos residents in a text message to "stay out in the open and away from buildings."

Nearly 6,000 rescuers have been working day and night since Friday, mechanical diggers helping them remove blocks of concrete.

But their work has been hampered by nearly 400 aftershocks, according to Turkey's national disaster agency, with 33 of these more powerful than magnitude-4.0. 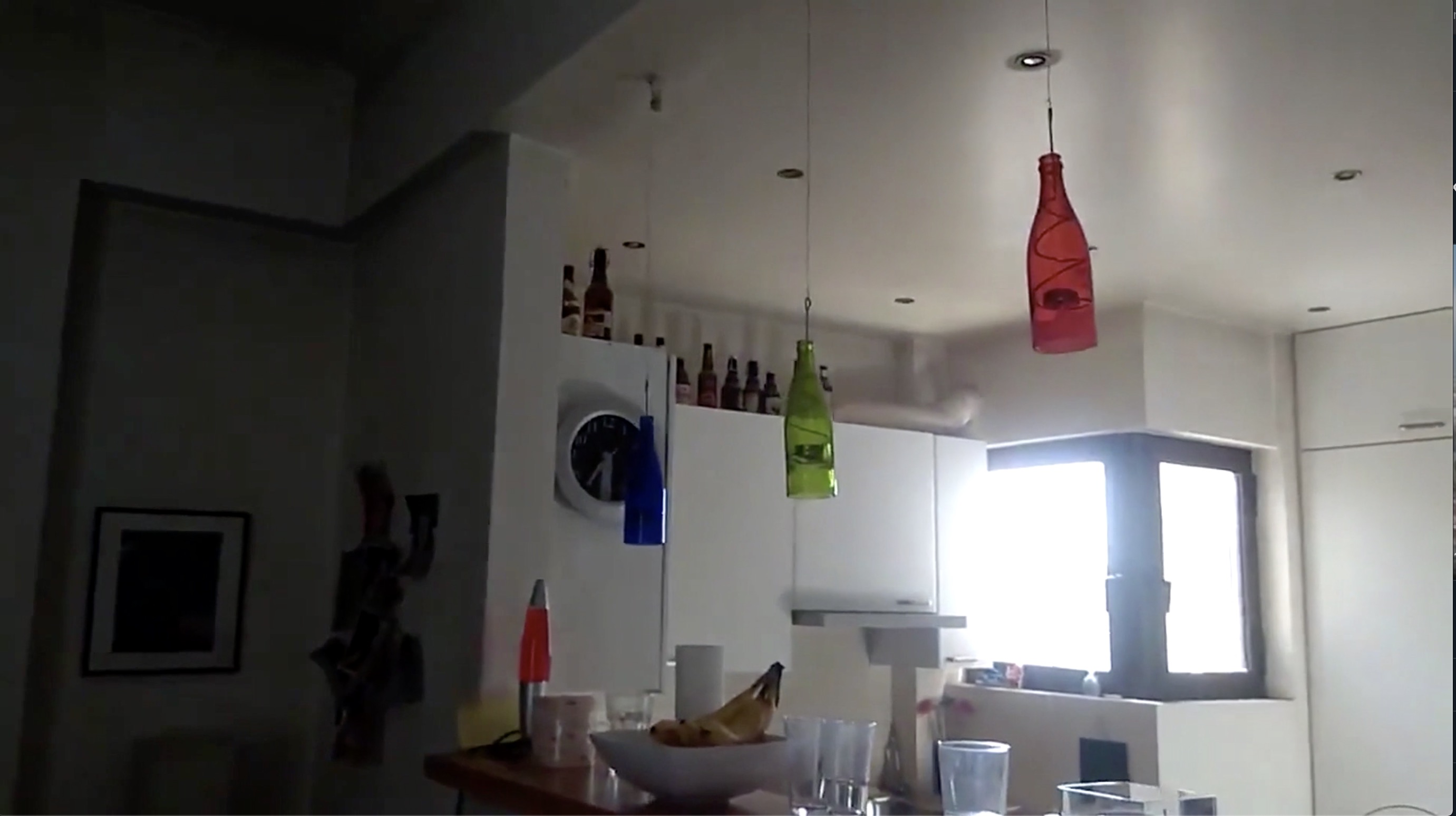 Greece and Turkey are situated in one of the world's most active earthquake zones.

The two uneasy neighbors also suffer from historically poor relations despite both being members of the NATO military alliance.

But the quake prompted an outbreak of what pundits immediately termed "earthquake diplomacy," after the two countries' foreign ministers promised to help each other in a rare phone call.

"Greek Foreign Minister [Nikos] Dendias called our minister Mevlut Cavusoglu to wish him the best," the Turkish foreign ministry said, quoted by AFP. "Both ministers stressed they were ready to help each other in case of need."

Top Erdogan aide Fahrettin Altun tweeted that the disaster "reminds us once again how close we are despite our differences over policy."

Some of the world's strongest earthquakes have been registered along a fault line that runs across Turkey to Greece.

Another quake in 2011 in the southeastern province of Van resulted in more than 600 deaths.

In Greece, the last deadly quake killed two people on the island of Kos, near Samos, in July 2017.