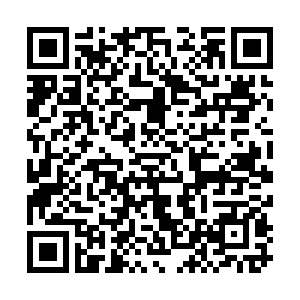 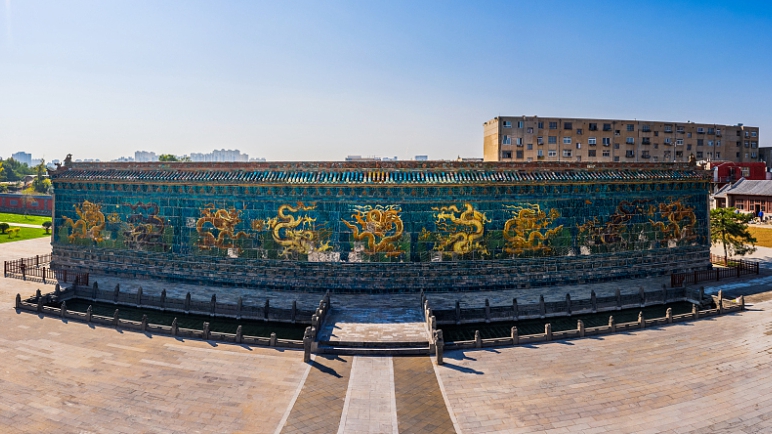 The tourist site of the color-glazed Nine-Dragon Wall, a famous cultural relic dating back to the Ming Dynasty (1368-1644) in the city of Datong, north China's Shanxi Province, has reopened to the public with an expanded area and more facilities, according to local authorities.

Erected in 1392, the screen wall consists of a pedestal, roof and main body made from 426 specially designed color-glazed bricks. Nine dragons riding waves of water and clouds are carved across it.

With a length of 45.5 meters, a height of 8 meters and a thickness of 2 meters, the wall is the biggest and the oldest of its kind still extant in China.

In April, the local government launched the refurbishment to tackle the long-standing problems of limited walking space for visitors and a lack of supporting tourism facilities around the wall, according to Ma Xiaokun, vice president of Datong's institute of ancient architecture protection.

Ma said the area of the site has been expanded from 2,530 square meters to over 14,000 square meters and the enlarged site is currently free of charge for all visitors.

A new shop was set up selling creative souvenirs and an exhibition hall was also constructed to display the history of dragon walls around China as well as the country's achievements in color-glaze craftsmanship.

Designated a key national cultural preservation unit, the wall screened the imperial residence of the prince Zhu Gui, the 13th son of the Ming Dynasty's founder and first emperor Zhu Yuanzhang, to keep out "evil spirits."