U.S. president can rule by decree through exploiting inherent vulnerabilities in its 'democracy'
World Insight with Tian Wei 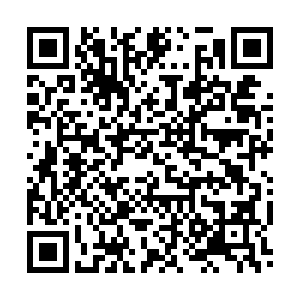 "We think that the U.S. government has checks and balances. But this has proven to be weak under the Trump presidency," laments Jeffrey Sachs, Professor and Director of the Center for Sustainable Development at Columbia University.

He warns how if the American President lacks self-control, the institutional controls are too weak to stop any irrational impulses. CGTN Host Tian Wei asks Sachs about the prospects for American Democracy. Sachs has been well-known for decades for being critical of presidents and their priorities.

One key aspect of Trump's presidency is his tactic to blame China. His penchant for blaming China, which began from the start, was the first step in exploiting American Democracy.

Sachs explains, "A large portion of the U.S. population is susceptible to fear. Perhaps they don't know much about the outside world. Whenever a U.S. leader declares war on foreigners, Americans instinctively rally behind it. Trump blames problems on China and says he can restore American jobs and industry."

In blaming China, Trump is able to tap into the fears and worse impulses of the White working-class electorate. This demographic may not constitute a majority of the U.S. population, but they are disproportionately represented by the U.S. Senate; the U.S. Senate gives large and diverse California just two senators, while tiny, rural and White-majority Wyoming also gets two senators; this demographic also has an outsized voice in the general election where the smallest and most rural states are given two extra Electoral College votes.

Trump and his team have exploited these quirks in the American political system to rule through a minority. Sachs says, "He just has to energize his base through hate to keep power."

The U.S. other government institutions are equally as vulnerable to the whims of a president like Trump, says Sachs: "Almost everything Trump has done is unilateral; whether it is tariffs on China, sanctions on Iran or withdrawing from the Paris Climate Accord or the World Health Organization. These are one person's decisions. These aren't under consideration of Congress. Often the U.S. courts will months later declare what he did was illegal and overturn his measures. But he has now appointed so many judges that the courts are now only a partial limit."

Sachs pans the Trump administration's action on the COVID-19 pandemic as the biggest American leadership failure in modern history. He says, "They have no national policy. Their anti-scientific approach has resulted in mass death. I hope voters reflect this."

Trump is unique among U.S. presidential candidates in that he overtly tests the U.S. democratic system. Indeed, Trump has not confirmed whether he would agree to a peaceful transfer of power if the margin is close. He says, "Trump will use every stunt to elicit fear and turmoil."

The U.S. has long taken pride in its political system. It is thought provoking whether this system can withstand a pressure test in the form of a president like Trump.