The U.S. looks at India to join its anti-China crusade
Maitreya Bhakal 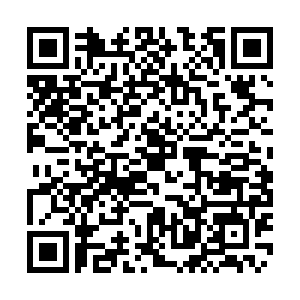 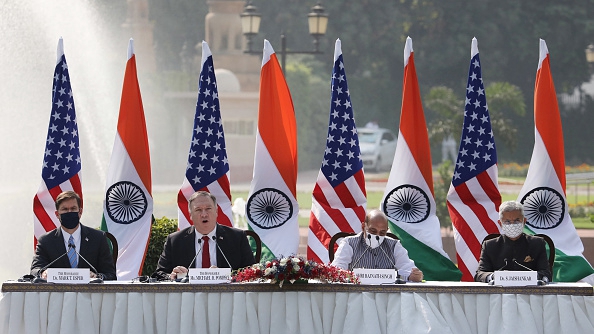 Editor's note: Maitreya Bhakal is an Indian commentator who writes about China, India, U.S., and global issues. The article reflects the author's opinions, and not necessarily the views of CGTN.

Much ado has been made of the recent "2+2 Ministerial Dialogue" between India and the United States. Indian Minister of Foreign Affairs S. Jaishankar and Minister of Defense Rajnath Singh met their U.S. counterparts – Secretary of State Mike Pompeo and Secretary of Defense Mark Esper – in New Delhi on Tuesday.

The dichotomy couldn't be starker. While both Indian ministers are soft-spoken and measured in their words, their counterparts are some of the most outspoken, repugnant, and undiplomatic diplomats in the world today, frequently calling for war, regime change, and barbaric sanctions on poor countries.

This is the third such dialogue between the two countries in over two years. The agreement signed on Tuesday, the Basic Exchange and Cooperation Agreement for Geo-Spatial cooperation (BECA), is the last foundational agreement of the "2+2" dialogue. It is the latest ingredient in an alphabet soup that has heralded a broader strategic embrace between the two nations over the years: the General Security of Military Information Agreement (GSOMIA), the Industrial Security Annex (ISA), the Logistics Exchange Memorandum of Agreement (LEMOA), and the Communications Compatibility and Security Agreement (COMCASA).

Officially, the talks focused on four themes: regional security cooperation, defense information sharing, military-to-military interactions, and defense trade. Unofficially, they also focused on the Indo-Pacific – code for China, described by a U.S. diplomat as the "elephant in the room."

The U.S. is desperately trying to portray the talks and the agreement as India's entry into some sort of U.S.-led anti-China club. Hateful U.S. diplomats, especially Mike Pompeo, endlessly repeat the "China threat" rhetoric to anyone who would listen. Their Indian counterparts – reflecting their more mature attitude towards world affairs - barely mention China at all. 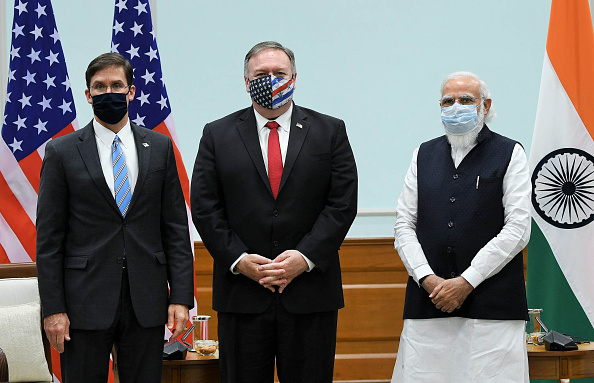 Naturally, the Western corporate media are toeing the U.S. line, claiming that India has now joined some sort of U.S. Camp against the "backdrop" of an "increasingly aggressive China." Western media pundits, most of them compromised by working for think tanks funded by the U.S. military-industrial complex, parrot the same talking points. The corporate media amplifies the cliches. This is not surprising. It is exactly what those pundits are paid to do - portray a U.S. alliance as a safe, secure haven for all countries.

The U.S. is merely trying to exploit the recent differences between India and China for its own anti-China agenda. After all, it says little about the more volatile dispute between India and Pakistan, since Pakistan is not a U.S. rival.

To the U.S., world affairs are a zero-sum game – "you're either with us or against us," as its unofficial motto goes. It sees itself as the center of the universe, with other sovereign states orbiting around it like planets. Thus, when it sees other power centers emerge, it seeks to exacerbate other nations' differences with the rival power center – in this case, China – to try to draw them into its orbit.

Unlike, say Japan or South Korea, India hosts no U.S. military bases or soldiers on its soil, and doesn't need them. India has a long history of avoiding formal, major military alliances. While there have been exceptions to the rule, there is no indication that India is about to openly abandon its long-standing tradition of non-alignment anytime soon.

Both India and China are fully capable of resolving their bilateral issues without external help. When Donald Trump recently asked to mediate between the two, both countries wasted no time in refusing the offer. India and China may not agree on much, but they certainly agreed that they don't need a third party – least of all the U.S. – meddling in their affairs.

Moreover, the agreement signed on Tuesday didn't simply materialize overnight. It was simply the latest in a series of bilateral agreements under the "2+2" process. It is beyond doubt that it would have still been signed had the India-China clashes hadn't occurred in June. Yet, hearing the Western media and pundits talk about it, one would be forgiven for assuming that India suddenly woke up on the night of the clash and immediately decided to jump into U.S. arms.

The India-U.S. relationship has been on an upward trajectory ever since the inaugural U.S.-India Defense Framework Agreement in 2005. The advantages of such agreements for India go beyond just China. The geo-spatial information sharing enabled by BECA, for example, will help India with Pakistan and Nepal as well – two neighbors with which its borders are also disputed.

The U.S. finds itself in a precarious position today. Many more nations support China than the U.S. these days – on issues ranging from Xinjiang to the Belt and Road Initiative. The superpower is desperately looking for allies. Yet, if it expects India to openly pick sides and be a mercenary in its vengeful anti-China crusade, it would be disappointed.