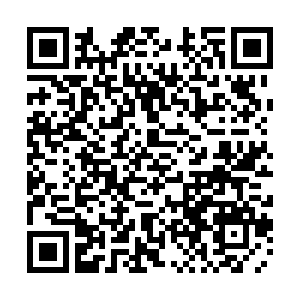 China's manufacturing purchasing managers' index (PMI) slipped to 51.4 in October from 51.5 in the preceding month, official data showed on Saturday.

The figure released by the National Bureau of Statistics (NBS) beats Reuters' median forecast of a marginal fall to 51.3.

The purchasing managers' index (PMI) is a key gauge of China's manufacturing activity. A reading above 50 indicates expansion, while a reading below reflects contraction.

Although the reading is slightly lower than last month, it has been above 51.0 since July this year, operating in the expansionary territory for eight months in a row and indicating the overall manufacturing industry has continued to pick up, Zhao Qinghe, a senior statistician with the bureau, explained in a statement.

Thanks to a slew of foreign trade stimuli measures and the partial recovery of international market demand, manufacturing imports and exports have further improved, with October's new export order index and import index rising above the boom-bust line of 50 for a second time this year, Zhao elaborated.

China's economic recovery gathered pace in the third quarter of 2020 as GDP grew by 4.9% in July-September year on year, boosted by investment and exports.

The world's second-largest economy remains the only one to show signs of positive growth in pandemic-wracked 2020. China's GDP is projected to expand by 1.9% this year, according to the latest economic outlook released by the International Monetary Fund.

But the sub-index of new orders notched up by small-sized enterprises fell and was significantly lower than the overall level of the manufacturing industry, pointing to the fact that the market demand for these companies is particularly insufficient.

"In addition, some surveyed companies reported that with the recent rebound of the COVID-19 pandemic in numerous countries, they are facing intense pressures such as extended procurement cycle of imported raw materials and higher transportation costs," Zhao warned. 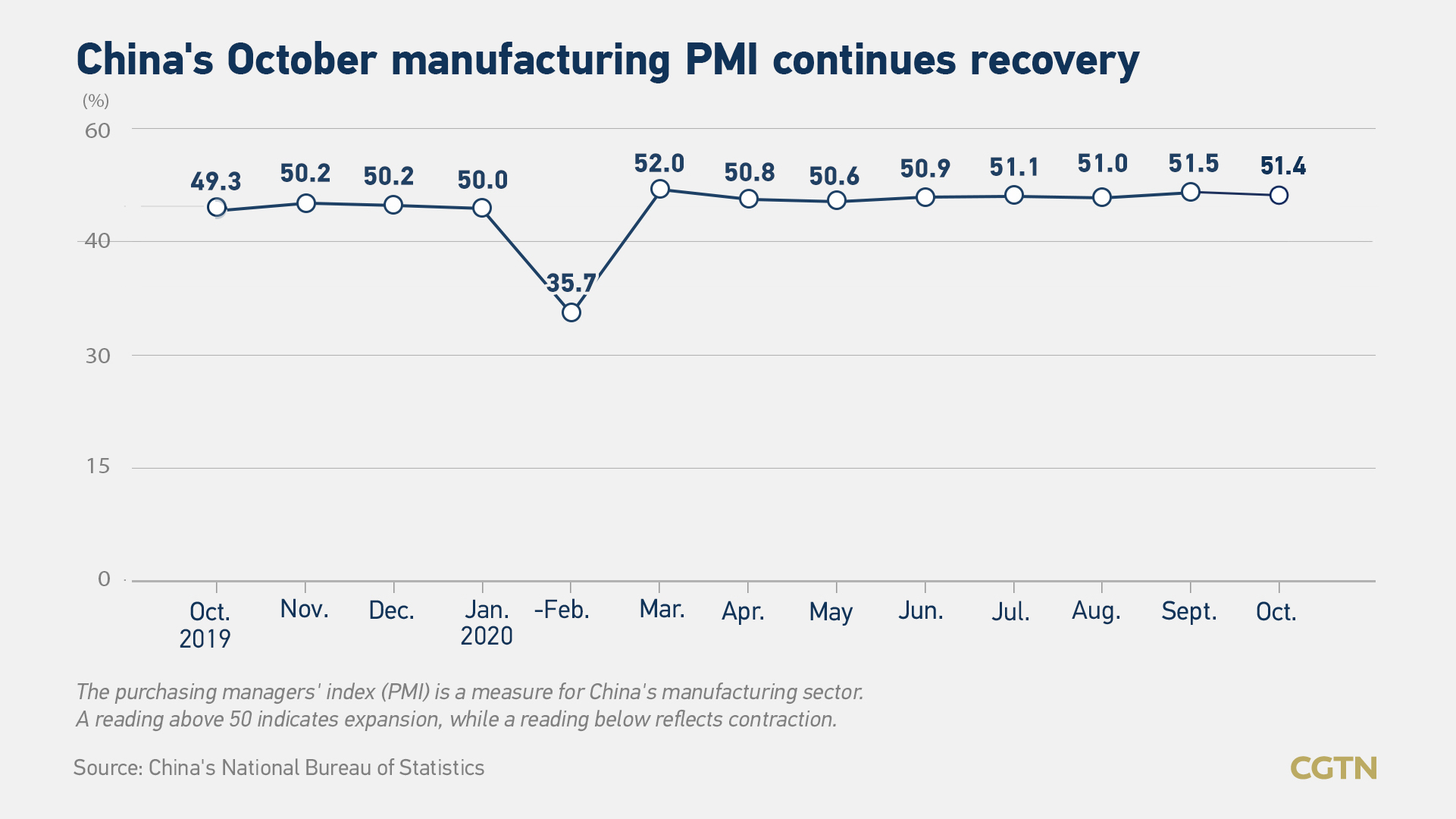 Non-manufacturing PMI meets its peak of the year

The non-manufacturing PMI, which measures sentiment in the services and construction sectors, rose to 56.2 in October from the previous month's 55.9, reaching its peak of the year and referring to expedited recovery pace in the non-manufacturing sector, according to the NBS. It also surpassed the median expectation in a Bloomberg survey for a rise to 56.0.

Within non-manufacturing, services sector sentiment rose to 55.5 from 55.2, while morale within the construction sector eased back to 59. 8 from 60.2, but remained "very strong as the nation's infrastructure and property building booms continued," SCMP commented.

"From the perspective of the whole industry, buoyed by the National Day and Mid-Autumn Festival holidays, Chinese residents demonstrated strong willingness to travel, with consumer demand on the rise," it said.

"China's vast industrial sector is steadily returning to the levels seen before the pandemic paralyzed huge swathes of the economy early this year, though the global outlook is dimming," Reuters said on Thursday. 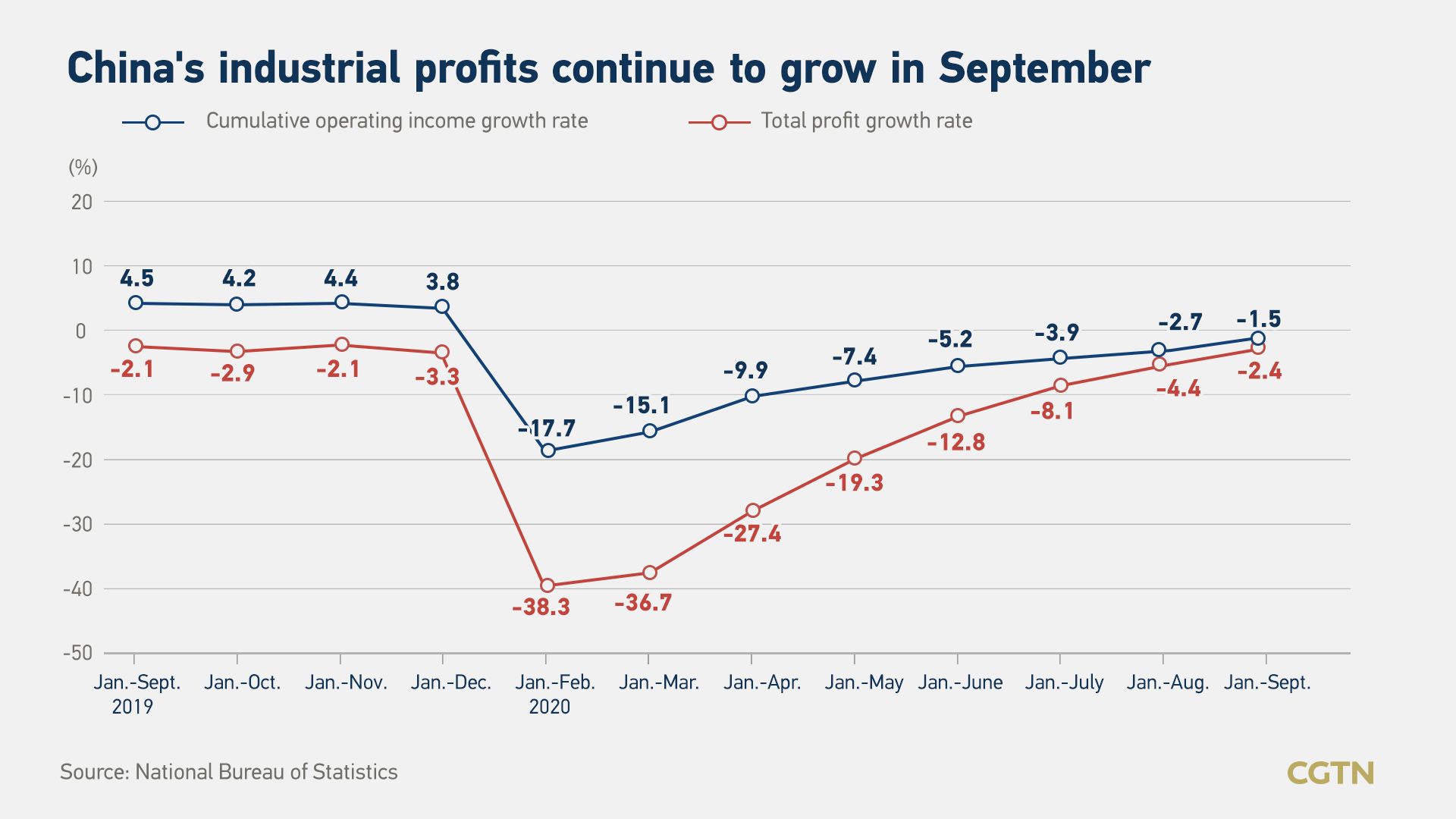