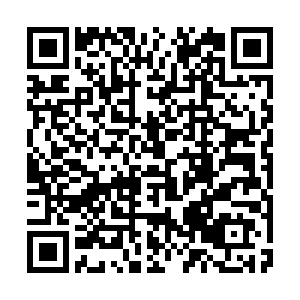 Anti-government demonstrators flash a three-finger salute of defiance during a protest rally at the Silom business district in Bangkok, Thailand, October 29, 2020. /AP

Anti-government demonstrators flash a three-finger salute of defiance during a protest rally at the Silom business district in Bangkok, Thailand, October 29, 2020. /AP

Many countries around the world have being fighting COVID-19 by pitting economic growth against public health. But it wasn't the case for Thailand.

Back in January, Thailand had all the ingredients for a COVID-19 disaster as the first country outside China to detect the coronavirus, on January 13.

With a little over 3700 cases, Thailand's a leading success story, with minimal deaths and an equally minimal effect on daily life. The effect of that success on the economy, though, is a different matter.

"In Southeast Asia, we are the economy that is contracting the most," Dr Kirida Bhaopichitr, director for Economic Intelligence Service at Thailand Development Research Institute, said. "It's an irony because we have been able to control the infection rate of COVID-19 the most, but our economy has been affected the most as well."

COVID-19 gets the immediate blame. Together, exports and tourist arrivals drive 70 percent of GDP. Both engines are faltering.

And things are about to get much worse as worries mount that escalating protests could drag Asia's worst performing market even lower.

For months, out on the streets, tens of thousands of Thailand's younger generation gather, lingering on the phrase "squandered future." It's a movement that has gained momentum and wider public support. Not because of their political standpoint, but perhaps, an intense economic dissatisfaction.

"There are around 13 million jobs at risk and of losing their income. That's one third of the labor force," said Dr Somprawin Manprasert, chief economist at Bank of Ayudhya. "We have a lot of problems with inequality of opportunity and that's why it leads to politics here. Once the economy is bad, people may come out and protest more."

Households throughout the country have cut back sharply on spending and businesses are struggling. Economic Intelligence Centre (EIC), a research house under Siam Commercial Bank reports that business closures have spiked by almost 40 percent year on year.

For Sayakorn Tanandomrongsuk, who owns a small car dealership, restrictions on lending by financial institutions has become a major obstacle for people to purchase his cars. When times were good, he could sell 7-8 cars a month. When times are bad, only 1-2 cars.

"It has become harder for people to get loans," Sayakorn said. "It used to be easy, now there's a lot of restrictions like if my customer had their salary reduced during COVID, then the bank won't approve the loan and they cannot buy a car."

With protests showing no signs of abating, chances of a consumption-led recovery look bleak as support is now limited to government measures.

"Now our only hope is the government spending and assisting the different parts of the Thai economy," Dr Kirida Bhaopichitr, said, adding "So if that engine is also halted then of course, the Thai people, SMEs will have to try to fight on their own and that will be quite difficult in these times."