Is the U.S. a democracy or an oligarchy?
Jia Wenshan 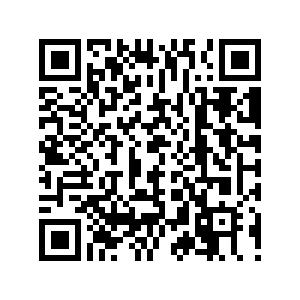 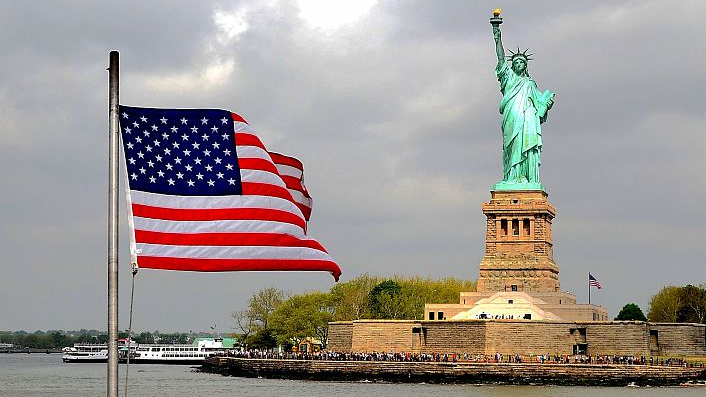 Editor's note: Jia Wenshan is a professor at the School of Communication at Chapman University. The article reflects the author's opinion, and not necessarily the views of CGTN.

Based on the argument of Project 1619 that the U.S. was founded on systemic racism, which is still intact in American society as evidenced by the ideology of the Trump administration, I hereby argue further, from a global perspective, that the U.S. is not a genuine democracy as is touted by most American liberal elites. It is a sham democracy and a sterling oligarchy.

A sham democracy & a sterling oligarchy

While it is widely touted that the U.S. is ruled by a two-party political system and it is of the people, by the people and for the people, an ideal set by President Abraham Lincoln, in reality it is run by a hidden system of two special interest groups which constitute the ruling class of the American society. It is not owned and ruled by the people, but bolstered and maintained by the people. Instead of benefiting people, it secretly benefits its ruling class and often ends up putting its people in harm's way.

However, they are implicitly constrained by the glass ceiling which delimits their power and influence about major decisions such as the ones about war or peace. The system only gives them a right to vote for political candidates. In return, they give much more to the state by upholding the system both politically and financially.

The two political parties are apparent rulers of the state, but the hidden, real, and ultimate rulers are two special interest groups who constantly maintain the balance of interests behind the scenes or this facade of democracy. These groups are the commerce and trade interest group represented by the Wall Street and the group of the military-industrial complex with hidden connections with the Pentagon.

The members of the commerce and trade group have publicly listed companies which raise funds from the main street America and abroad. This group thrives on the sales of products of civil nature both domestically and globally.  Thus, peaceful globalization would make this group most profitable. The middle-class America tends to support this group as they value peace than war.

War is the business model of the military-industrial complex

However, the commerce-trade group cannot enjoy such a profit-reaping era of peace for too long as the military-industrial complex will not remain idle. They would either support a presidential candidate favoring its interests, or lobby the president and the Congress either directly or indirectly through the media and think tanks to stoke fear among Americans about a real or an imagined enemy overseas so that the U.S. could escalate tensions and start a war against this "enemy."

The Center for International Policy (CIP), a think tank based in Washington, D.C., released a report on October 14 which states that more than $1 billion has been donated to top 50 U.S. think tanks by U.S. defense contractors between 2014 and 2019. These think tanks play into the U.S. Defense Department's narrative with their reports and media releases, according to Cassandra Stimpson, a research project lead at the CIP.

As a result of such fear mongering, the business of the military-industrial complex thrives financially as more military weapons are sold to reap a bigger profit around the world.

While there may be an implicit rule that these two special interest groups take turns in having their time, each is constantly vying for more time than the other.

This explains why a campaign was started by Donald Trump during the presidential election in 2016 calling for anti-globalization, which subsequently turned into an anti-China sentiment and evolved into a strategy of global containment of China.  Weapons worth billions of dollars have been sold to "Quad" countries in the Indo-Pacific region, including Japan, India and Australia.

This also explains why Trump and his cabinet members have been smearing China regarding the coronavirus pandemic instead of focusing on combating the COVID-19 disease, the real enemy facing the American people.

Such a system of competitive oligarchy is no democracy; it is a system of economic, political and social hierarchy, exploitation and oppression called imperialism.

This theory explains why the U.S.'s history since its participation in the World War II is punctuated by war and peace alternatively.

It is ironic that while both the middle-class and the blue-collar workers are given a chance to cast their ballots for a chosen presidential candidate, they had rarely been consulted before the president declared war on another country. More importantly, the money spent on such wars and the people who were killed or injured in such wars are mostly from the same social classes.  Is this how democracy should look like? Obviously not.

It is high time for the U.S. to create a genuine democracy and maintain peace for both American citizens and the people of the world. This is the common aspiration of the global community.