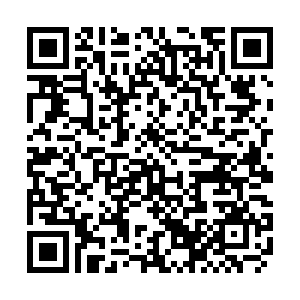 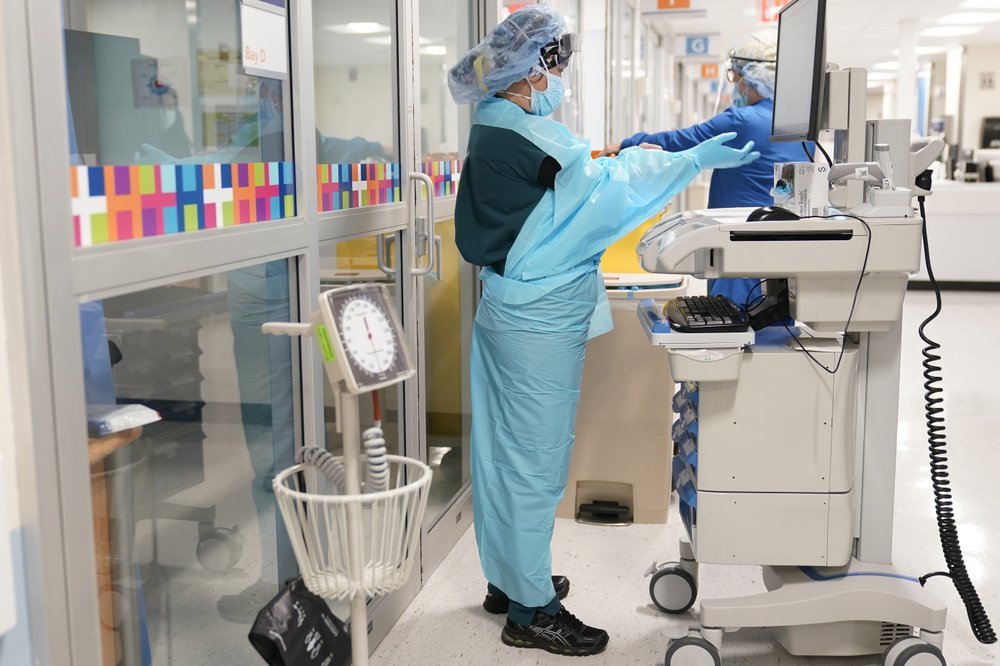 Medical personnel don PPE while attending to a patient (not infected with COVID-19) at Bellevue Hospital in New York, Wednesday, Oct. 28, 2020.

Medical personnel don PPE while attending to a patient (not infected with COVID-19) at Bellevue Hospital in New York, Wednesday, Oct. 28, 2020.

The number of COVID-19 infections in the United States has surpassed the nine million mark as the country continues battling the pandemic.

According to the latest tally from the Johns Hopkins University, the country reported 9.02 million confirmed cases by Friday evening, and the death toll hit 229,511. The U.S. population in 2020 numbers just over 331 million people, which means at least one in 37 people in the states has contracted the disease.

The U.S. ranks first globally in terms of deaths and caseload.

On Friday, the U.S. reported more than 94,000 coronavirus cases, topping the record set just a day ago. It's the equivalent of more than one new case every second.

More than 229,000 people have died from the virus in the U.S. since the pandemic began, with the daily number of deaths creeping steadily upwards in recent weeks also. However, at present it remains below peak levels.

The pattern of the pandemic so far shows that hospitalizations usually begin to rise several weeks after infections, and deaths a few weeks after that. 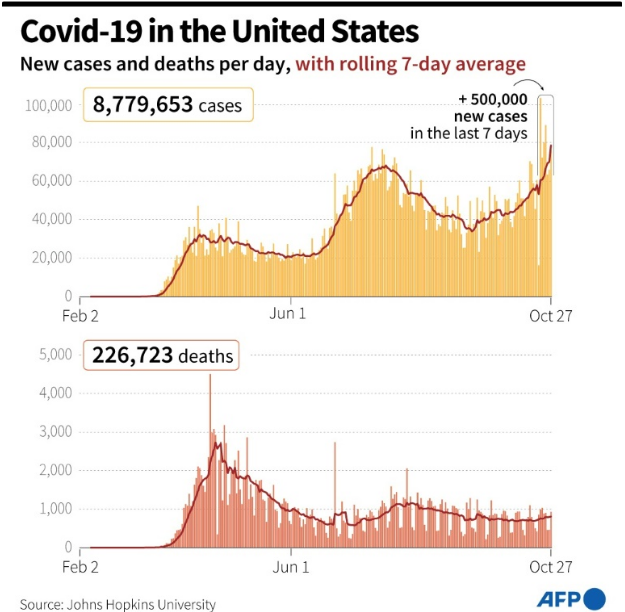 The number of new infections reported daily is on the rise in 47 states. They include Nebraska and South Dakota, where the number of new cases topped previous highs for each state.

"We are not ready for this wave," Ashish Jha, dean of the Brown University school of public health, warned on ABC's Good Morning America on Thursday.

Confronted with the new surge, some officials in many hard-hit states are resisting taking stronger action to slow the spread, with pleas from health experts running up against political calculation and public fatigue.

With the virus spreading most rampantly in the Midwest and the South, hospitals are also filling up again, stretching the healthcare system just as the nation heads into flu season.

A judge's attempt to shut down non-essential businesses in the city has been challenged by the mayor and the state's attorney general, the Washington Post reported.

Midwestern state Wisconsin has also set up a field hospital in recent weeks, and hospital workers in Missouri were sounding warning bells as cases there rise.

Hospitals in the western state of Utah were preparing to ration care by as early as next week as patients flood their ICUs, according to local media. 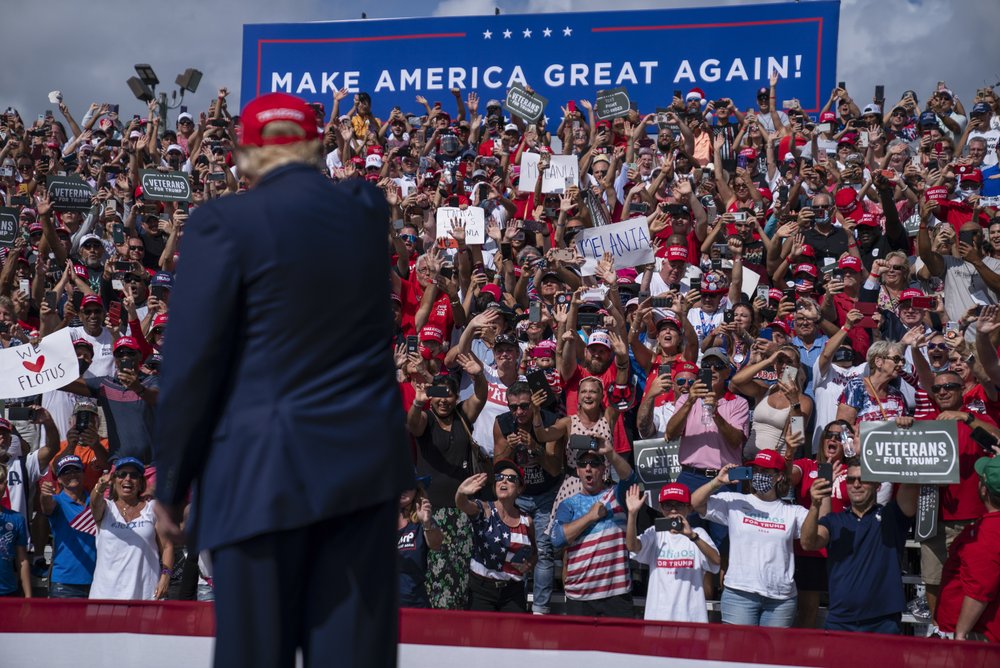 Supporters cheer without masks on as President Donald Trump arrives for a campaign rally outside Raymond James Stadium, on October 29, 2020, in Tampa, the U.S. /AP

Supporters cheer without masks on as President Donald Trump arrives for a campaign rally outside Raymond James Stadium, on October 29, 2020, in Tampa, the U.S. /AP

Republican Governor Kim Reynolds, who has rejected mask requirements and said Iowans must learn to live with the virus, continued this week to downplay efforts to contain it.

On Wednesday, Reynolds, who has made frequent campaign appearances for Trump and other candidates surrounded by crowds of often maskless supporters, poked fun at Theresa Greenfield, a Democrat running in a tight Senate race, for suspending a campaign tour after a staff member was exposed to someone who tested positive.

"Theresa didn't get very far on her RV tour, did she?" Reynolds said. She went on to accuse Greenfield and other Democrats of "hiding in their basements."

The pandemic has put similar pressures on states with Democratic governors, but the politics have played out differently.

Kansas Governor Laura Kelly, a Democrat, has repeatedly tried to impose restrictions but been stymied by the Republican-controlled legislature. She is considering calling lawmakers into a special session to impose a statewide mask mandate.

In Wisconsin, where the virus has raged since September, Democratic Governor Tony Evers pleaded with residents this week to shelter in place to slow the spread. Evers issued a formal stay-at-home order in March, but the state's conservative Supreme Court struck it down in May. He was subsequently sued over a mask mandate and limits on gatherings in bars and restaurants.

The parrying by governors and legislators reflect the way that politics and the personal beliefs of a significant sector of the population have become entangled with supposedly nonpartisan matters of public health.

Michelle Riipinen, a 38-year-old resident of Boise, Idaho, said state-mandated school closings, business shutdowns and mask requirements are "draconian measures" that do more harm than good. She said she chooses not to wear a mask.

"I believe in personal responsibility and that it is our responsibility as American citizens to choose if we want to wear it or not," she said. "Our government shouldn't be making that choice for us."

In Utah, Republican Governor Gary Herbert has ordered mask mandates and limited social gatherings to 10 people or fewer only in counties with the highest transmission rates, not the entire state. The latter measure includes exceptions for religious services and school events.

"This is not an easy thing to enforce. As you drive down the road, you talk about people getting tickets for speeding, but how many are actually speeding?" Herbert said when asked about his resistance to broader mandates.

Herbert said Friday he was "disgusted" after someone shot at a state health department office. The incident came a day after anti-mask protesters gathered outside the home of Utah state epidemiologist Dr. Angela Dunn, who recommended that the state reinstate restrictions to avoid overwhelming hospitals.

"It's taken a really big toll on my family and myself," Dunn said. "I think it's really unfortunate we live in a state where people feel that it is OK to harass civil servants."