Will the current ceasefire in Libya lead to a breakthrough for peace?
Guy Burton 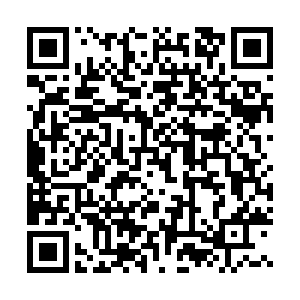 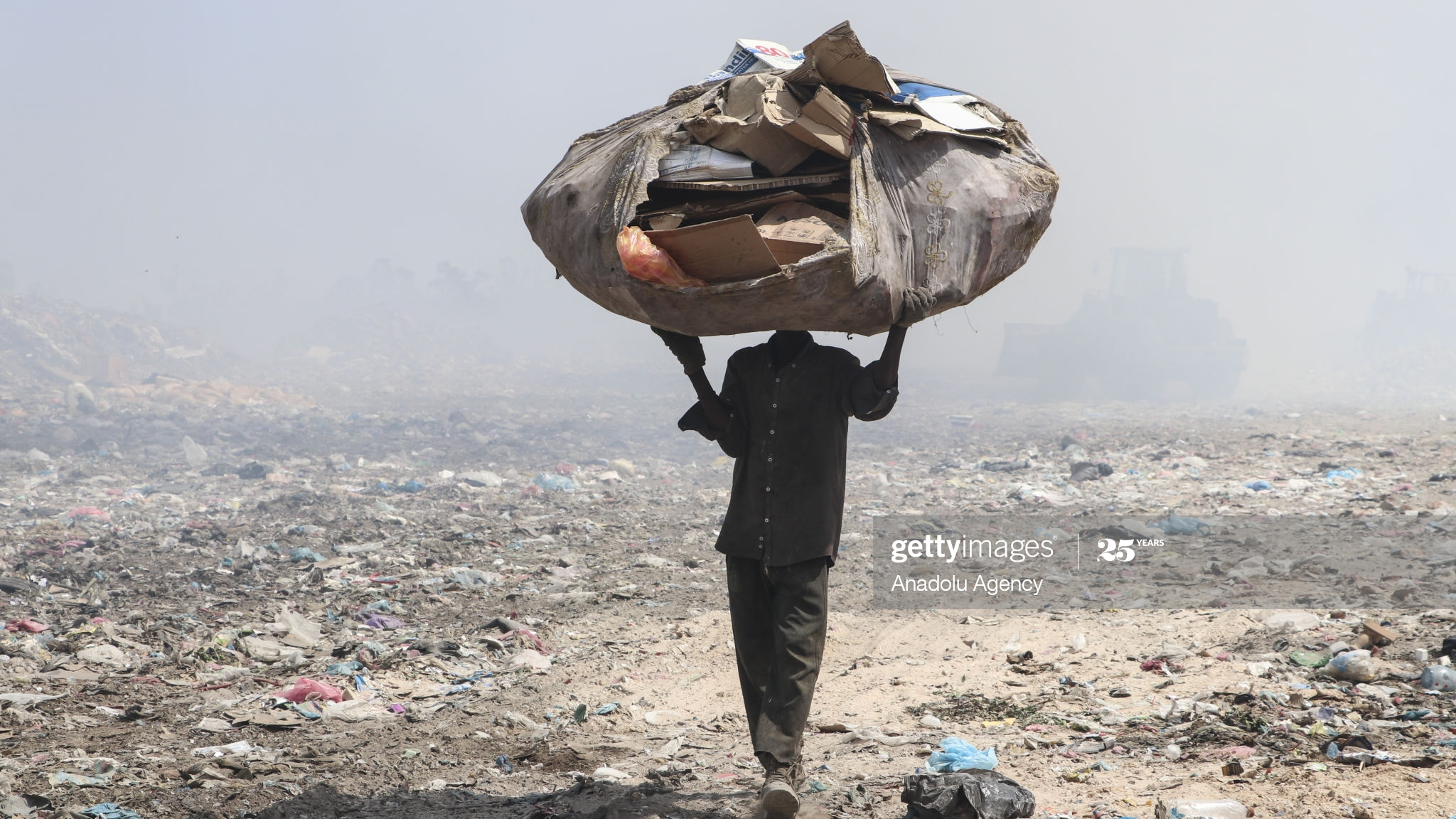 Libya is currently going through a series of confidence building measures. Last week a ceasefire was reached between the two main rivals, the Government of National Accord (GNA) and the eastern-based Libyan National Army (LNA) associated with General Khalifa Haftar.

The ceasefire was sponsored by the UN which announced the start of the Libyan Political Dialogue Forum this week.

Both developments were encouraging, especially when compared to the fighting which has dominated news form Libya over the past 18 months. But what are the chances of the current process leading to a breakthrough for peace? Or is the present moment only a temporary lull in a conflict which has been going on for much of the past decade?

The October 23 ceasefire sets out a number of ways to improve the current situation in Libya. It sets out a process of disarmament, demobilization and reintegration of fighters and resume transport connections across the country.

The ceasefire agreement also sets out a timetable for foreign forces to leave within the next three months. Three days later, the start of the dialogue brought together 75 representatives across the country to begin talks to set out a future vision for the country.

Both the ceasefire and the dialogue build on earlier efforts to address the differences between the two sides.

Last month, militias affiliated to Haftar agreed to move from five of the country's main oil terminals and allow them to restart production. Output is expected to increase ten-fold by the end of the year as a result, bringing in much needed revenue for the country.

But despite these positive signs, some caution is needed. There is much that could still go wrong, especially in a conflict like Libya where there are many moving parts.

At their outset the level of violence is low, but over time they intensify as opposing rivals emphasize grievances and employ rhetoric which demonizes the other side. The violence moves beyond the verbal to the physical. It escalates, becoming more destructive and causing more damage.

Eventually the violence reaches a peak. One of the conflict parties may realize that whereas before the benefits of stoking anger and violence outweighed the costs, the situation is now reversed.

Now it is the costs – in the form of its people and resources – which outweigh the benefits. When that happens, the side will try to pull back from further violence and to de-escalate the conflict, eventually leading to its end. 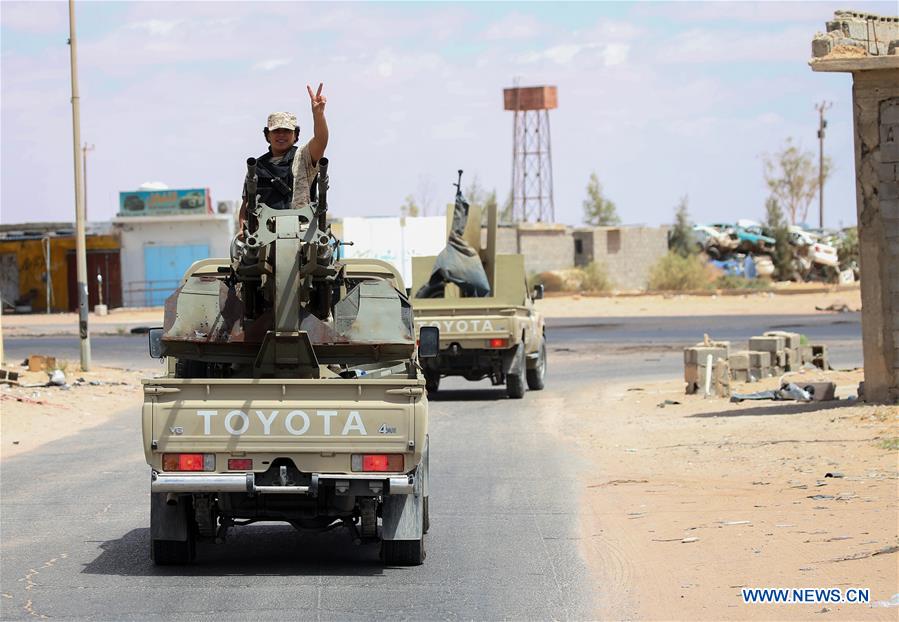 A fighter of the UN-recognized Libyan government gestures on a pickup truck in the Abu Qurain area about 300 kilometers east of the Libyan capital Tripoli, July 20, 2020. /Xinhua

A fighter of the UN-recognized Libyan government gestures on a pickup truck in the Abu Qurain area about 300 kilometers east of the Libyan capital Tripoli, July 20, 2020. /Xinhua

However, the tipping point does not happen at the same time for all sides involved in a conflict. It seems that the LNA reached this point earlier than then GNA.

Back in April 2019, Haftar initiated an offensive against the GNA which saw him reach the outskirts of Tripoli by the end of last year. But the GNA countered Haftar's advance by reaching agreement with Turkey, which provided military assistance which pushed the LNA back to the city of Sirte this past summer. The change in fortunes was stark: at the start of the year Haftar rejected calls for a ceasefire. But by the middle of the year he was keen for one.

Since then, the GNA pushback has lost steam. For now, both sides realize that they cannot overcome each other, which made it easier for them to reach an agreement. But they are not the only parties in Libya's conflict.

Above and below, there are other actors who may not yet have reached the tipping point. Their willingness to continue the fight may prolong the conflict – and even pull the GNA and LNA back in.

Locally, the "national" GNA and LNA do not have complete control over their forces. Instead, they are a patchwork of different armed groups and militias, each of which identify with the GNA or the LNA, which are predominately local, regional and tribal identities in their origins, patronage and loyalties.

In short, their relative autonomy means that it will be difficult for the GNA and LNA to ensure that they abide by the ceasefire and do not break it.

Beyond the ceasefire, there have been criticisms of the dialogue as well this week as well. Some tribal leaders questioned how representative the 75-name list of UN invitees is.

In addition, some of them had questions about the participants' affiliation, claiming that a majority identified with Islamist groups like the Muslim Brotherhood.

Beyond the local and national challenges, the GNA and LNA also face a similar problem at the international level as well.

The Libyan conflict has faced foreign interference since the start of the uprising in 2011. Following former leader Muammar Gaddafi's refusal to stand down, the protest movement turned into an armed insurgency, with emerging rebel groups receiving financial and military assistance from abroad, including from the West and the Gulf.

Libya's fractured state continued, even after Gaddafi's defeat and the brief period of national unity government. Despite it, outside interference never went away – just as the militia groups remained in place at the local level.

Today, the GNA and LNA can both count on outside support, with Turkey (and Italy to a lesser extent) backing the GNA and Haftar being able to call on the UAE, Egypt and Russia's Wagner Group.

Foreign interference has exacerbated Libya's conflict as other governments have sought to advance their own interests and curb the ambitions of their rivals.

They have done that by increasing support to their Libyan proxies, which leads to their opponents doing the same. The net effect is asymmetrical: what may seem a slight increase by a foreign government to their side has a disproportionate impact on Libya and Libyans in the form of casualties, death and destruction.

In conclusion, it may seem that for now the GNA and LNA may have reached the same point that further conflict is not desirable. But it is not certain that either their local or foreign partners share that opinion yet.

Given the challenges presented at the local and international levels, a key concern for both the two "national" sides and its UN partner will be over how best to consolidate the ceasefire and its implementation and advance the dialogue. In particular, they will need to find ways to get local militias and foreign parties to commit and adhere to a peace process which they do not yet see as sufficiently pressing for themselves.

At the same time, they will need to ensure that political opinion and society in Libya is sufficiently represented and that any reservations such as those made at the start of talks this week are resolved. Given the doubts, the pressure will be on when talks resume next month.