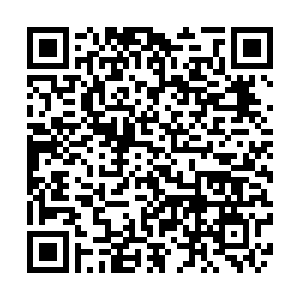 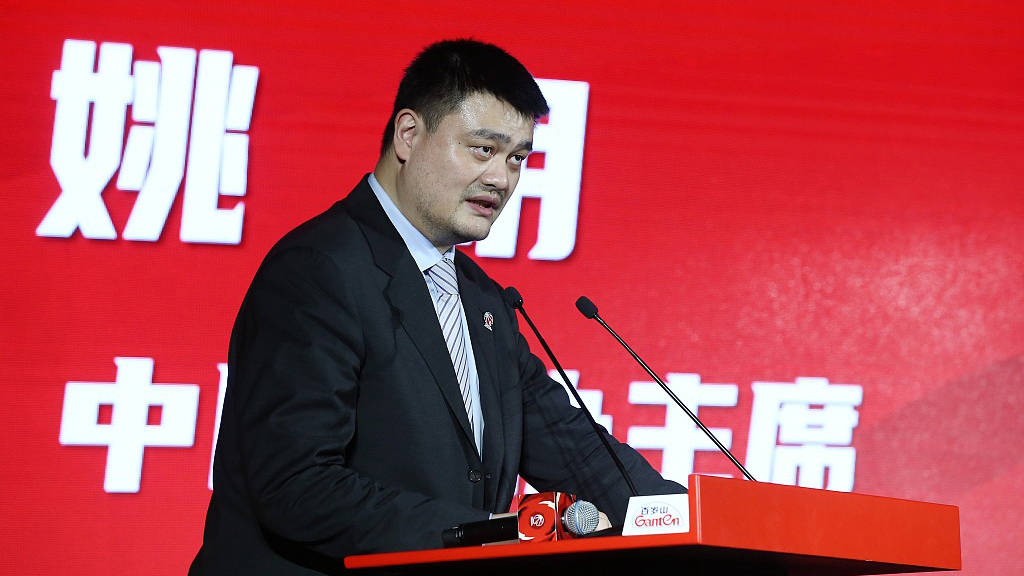 With the Chinese Basketball Association (CBA) now in the early stages of its 26th season, CBA president Yao Ming is promoting what has been dubbed version 2.0 of the league format. This effort is aimed at boosting the popularity of the games, teams and players. Earlier this week, the Basketball Hall of Famer talked about his vision for the country's men's and women's professional leagues in an exclusive interview, as well as China's national teams.

The past season has been the longest in the CBA's history due to the coronavirus epidemic. As the first domestic major sports event to resume in China, Yao cited medical staff's efforts as key factor.

"I think we learned one thing during the past CBA season, which is we cannot proceed without a social environment in which the situation of the epidemic has been alleviated. If not for the efforts of the health management staff, we would have found it impossible to resume our league, including this season featuring a neutral site bubble system. But I believe that one day we will be able to return to a normal schedule."

In Yao's philosophy, best league should represent its fans. "It is hard to compare since there are so many great leagues in the world. I think actually, it's not about comparing who's better, or the rankings. More importantly, we should make sure our fans feel that the league is close to them, and represents them."

Meanwhile, the CBA president said the league's aims include developing larger base of supporters and is seeking consistent societal engagement. "We're hopeful of drawing a larger fan base and profoundly influencing more youngsters. And it's the same for the WCBA."

"I expect more recognition among basketball fans. I think basketball suits our society and should be promoted to the public. Our men's and women's leagues have, altogether, gone through 20 years of development, thanks to the efforts of generations of basketball pioneers. So perhaps in five years, but I certainly hope that we can enjoy a brand new start after 10 years." 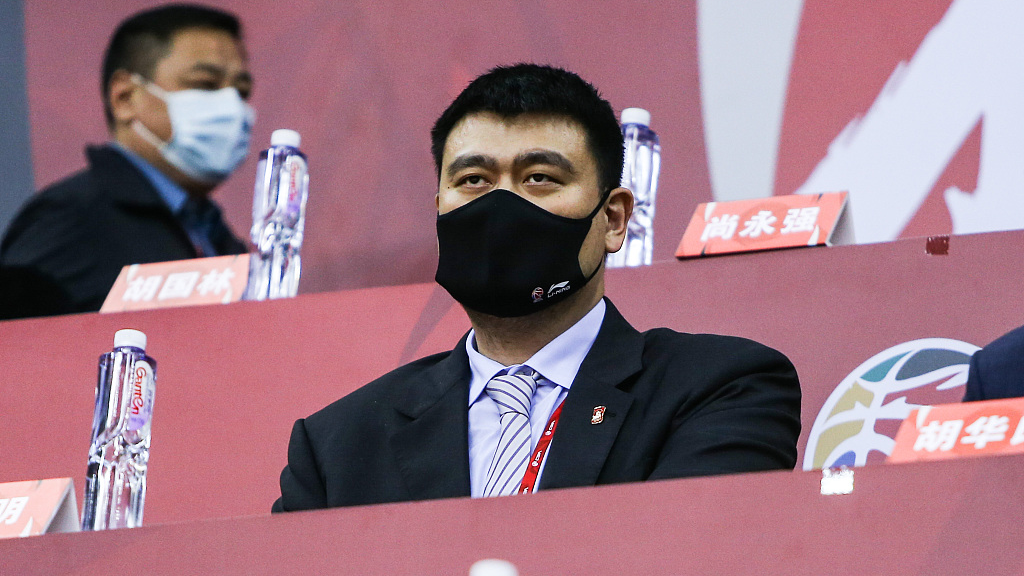 For the development of the sport in China, Yao raised two steps and emphasized that cultivation of coaches and referees is also critical.

"The second step is the cultivation of basketball professionals. The development of certain things can't last without professionals, including coaches, referees, league operations, and so on. And I will stress the significance of coaches. They have a direct influence on young players and students, so I hope our coaches can be the idols of our young athletes and students."

In addition, the CBA leader reiterated open policy for foreign players. "We won't put many restrictions on foreign players, coaches, or staff. Despite certain rules that we have to impose to aid the development of domestic basketball, we welcome more and more foreign players to the CBA," said Yao.

The Basketball Hall of Famer also discussed women's sports, and claimed that investment is an necessary element. "I think there is much potential in the development of female sports. Chinese women are a dominant force in our sports. From another point of view, female sports have not been given much investment, and I think we have a lot of work to do in this aspect."

"The schedule should go hand in hand with our goal, so what matters is our long-term goal, as well as setting our goal for this period."

"For traditional basketball management, we of course hope to be a competitive force in the world, like the 2008 team or some other periods before that. If so, we will need the efforts of an entire generation, as we all know we're in a transitional period."

"On the other hand, our women's basketball is in a period of elevation. But we can't just focus on the men's team instead of the women's squad. The development of these two sides is like waves, one wave after another, but the pace and highs of each wave don't need to match perfectly."