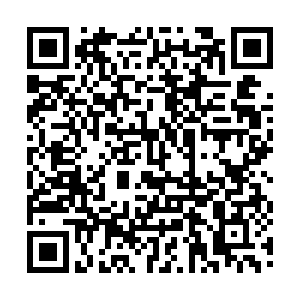 Editor's note: Richard Fairchild is an associate professor at the School of Management, University of Bath. The article reflects the author's opinions, and not necessarily those of CGTN.

The world has faced a terrible 2020. For Britain, and the EU, it has been particularly challenging, as they face the twin pressures of dealing with the coranavirus, and Brexit. When UK Prime Minister Boris Johnson secured his Conservative Party's General Election victory in December 2019 (essentially giving him a mandate for Brexit from the British public), and then secured the withdrawal from the European Union (EU) on January 31, 2020, the only aspects he had to consider then were (a) securing a deal with the EU, or leaving with no deal, by December 31, 2020, and (b) negotiating individual international trade deals with a myriad of non-EU nations.The coronavirus was not in the picture then!

However, since then, so much has changed.

Over the past weeks, this agreement has represented a major stumbling block in the negotiations. Both sides have been prevaricating over various aspects of the agreement. The European Parliament have repeatedly said that they will "under no circumstances" give consent to a future deal between Britain and the EU if Britain disregards the Brexit Withdrawal agreement.

Stumbling points for Britain have been the Northern Ireland protocol, state aid, and fisheries. Britain has introduced the Internal Market Bill, designed to challenge and clarify these aspects of the Withdrawal Agreement.

In my opinion, this was a wrong step. The Withdrawal Agreement had provided an opportunity for the basis of a fair, cooperative, and reciprocal agreement between EU and Britain: It is the basis for mature and reasonable behavior from both sides in their negotiations. However, we have seen these negotiations descending into bitterness, reprisals and recriminations over the past few weeks.

From a theoretical viewpoint, there is much research in the area of "incomplete contracts": The idea that it is impossible to write complete legal contracts that describe and cover every action and eventuality. This contractual incompleteness provides "wriggle room" to unscrupulous players to look for loop-holes and push the boundaries of the negotiations, creating bitterness and resentment in the process.

Thus, on October 1, 2020, Ursula von der Leyen, the European Commission president, announced that the EU would be launching official legal proceedings against Britain over their attempts to re-write part of the Brexit withdrawal agreement. This legal action stipulated that Britain had until the end of October to comply with the Withdrawal Bill or face the courts. Boris Johnson manages to avoid a significant Conservative rebellion, despite former party leaders attacking the bill that would break the Withdrawal Agreement with the EU, September 13, 2020. /AFP

Boris Johnson manages to avoid a significant Conservative rebellion, despite former party leaders attacking the bill that would break the Withdrawal Agreement with the EU, September 13, 2020. /AFP

Now, as we approach the stipulated year-end deadline for an EU-Brexit agreement on trade, we seem to be no nearer a resolution to this conflict. The latest issue that has become a bone of contention is that of an agreement over fisheries. Interviewed on November 1 on the BBC's "Andrew Marr's Sunday Politics" show, France's European Affairs minister, Clement Beaune, outlined how the dispute over fisheries is undermining attempts at coming to a mutual Brexit agreement.

When Andrew Marr pointed out that fisheries represents a tiny proportion of the economy for both sides, Beaune called on the British Government to "stop playing games" with only a few days left to conclude an agreement. He added that, "unfortunately", Britain had more to lose than the EU if the Withdrawal Agreement breaks down. Andrew Marr also pointed out that the October period for Britain to agree was over, and asked Beaune whether the threatened legal action would now begin. Beaune responded that the EU would be looking into this in the coming days.

In my opinion, the fisheries issue, although minor in terms of economic value, is symbolic of the conflicts that are occurring in the EU-Britain Brexit negotiations. This shows how far apart the two sides are in coming to a fair and cooperative agreement, with little compromise or give-and-take on either side. The tone of BBC's latest interview with the French minister reflects the bitterness of these bargaining conflicts, and that the EU are prepared to stand their ground, as they feel that Britain has more to lose than the EU if no agreement is reached.

There are also people who blame the previous Prime Minister Theresa May for the current Withdrawal Agreement impasse, as she did not negotiate a fisheries agreement. However I believe that is a red herring! It is the current Prime Minister, Boris Johnson, who is using this to prevaricate and obstruct the agreement.

Meantime, the virus adds potency to the economic realities of Britain leaving the EU without a deal at the end of 2020. William Keegan, writing in Guardian on November 1 notes that Johnson is playing another game: He is waiting to see what happens in the U.S. Presidential elections: if Trump is re-elected, the British Prime Minister will be happy to go for a no-deal Brexit. If Biden is elected, the situation may be different. Keegan argues that, in the face of the virus, the majority of the British people are now against Brexit: A poll by Yougov shows that 50 percent to 38 percent disapprove of Brexit. Keegan argues that, in the face of the massive economic damage caused by the virus, now is not the time for Britain to leave the EU, with or without a deal. And, in terms of health, he refers to Nick Bosanquet, professor of Health Policy at Imperial College, London, who fears that leaving on January 2, 2021, in the midst of the pandemic, could have disastrous health implications.

There have also been some commentators who have argued that Brexit will create disruption to medical supplies coming into Britain. Professor Bosanquet calls for Britain and EU to agree to a six month extension to the transition period.

In my opinion, this may be a sensible approach. When the December 31 withdrawal agreement deadline was set, nobody could have foreseen the impact of the coronavirus on the economy and health. Perhaps the negotiations should not now be rushed. Perhaps a six month extension would de-escalate the tensions, take the heat out of the negotiations, and allow us to both deal with virus, and reach a mutually beneficial EU-Britain Brexit agreement.