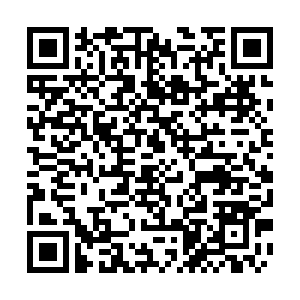 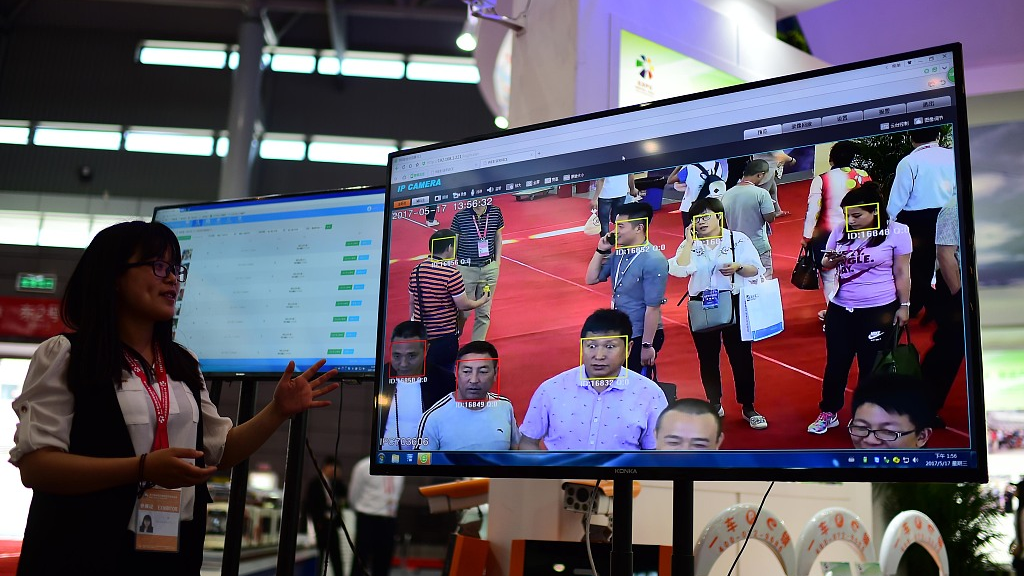 A facial recognition system is seen at the Binhu Convention and Exhibition Center in Hefei, east China's Anhui Province, May 17, 2017. /CFP

A facial recognition system is seen at the Binhu Convention and Exhibition Center in Hefei, east China's Anhui Province, May 17, 2017. /CFP

Hangzhou, a tech hub in eastern China that is home to e-commerce giant Alibaba Group Holding Ltd, has published a draft plan to ban facial recognition technology in residential areas. The draft law has now been submitted to the local legislation department and public opinion solicitation has begun.

If the draft is passed, it will be the first local law in China to ban the use of facial recognition technology in residential areas.

The draft comes after Guo Bing, an associate professor at Zhejiang Sci-Tech University, filed a lawsuit last year against a wildlife park in Hangzhou for requiring the collection of facial data without asking for permission from customers.

Guo, is the first person in China to sue a zoo due to facial recognition technology and as an expert in the personal information protection field, he later called for local legislation to ban the use of the technology to better protect people's information security.

Lao Dongyan, a law professor at Tsinghua University who was required to scan her face when she entered her community, argued at a seminar last month that it's unnecessary to install facial recognition devices in residential compounds. She said compared to the convenience the technology brought, the risk to personal information was greater. She added that collecting personal data without consent is against existing laws. 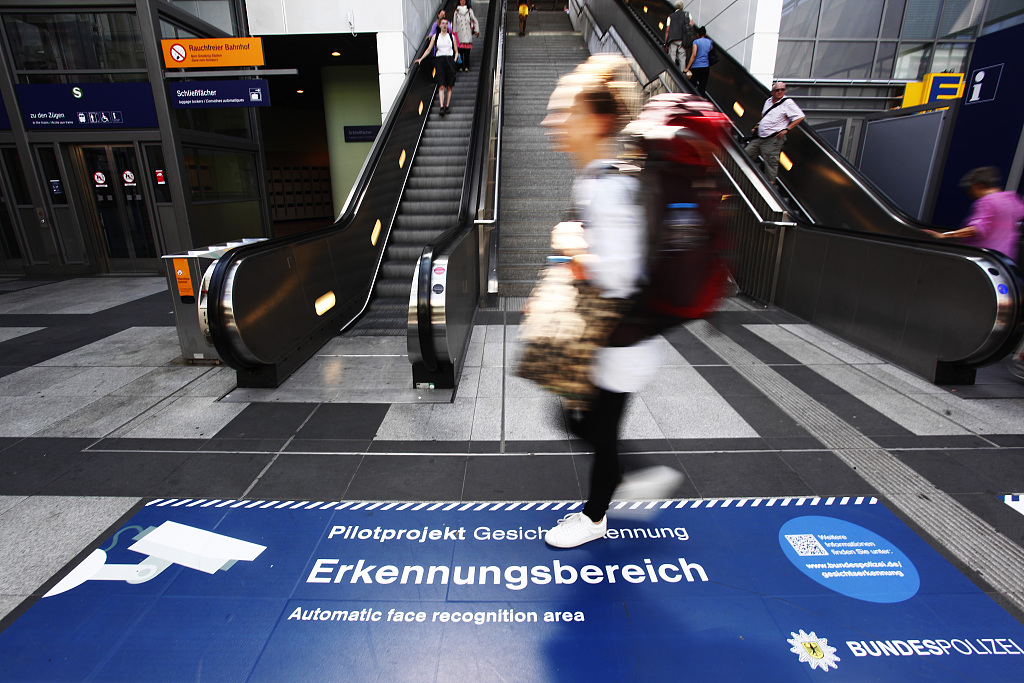 Passengers walk by a security sign warning for a facial recognition area at the Suedkreuz train station in Berlin, Germany, August 1, 2017. /CFP

Passengers walk by a security sign warning for a facial recognition area at the Suedkreuz train station in Berlin, Germany, August 1, 2017. /CFP

Guo and Lao's angst is not rare in China as many have voiced concerns about the potentially intrusive public use of facial recognition technologies.

During the COVID-19 epidemic, in order to contain the coronavirus, public places like residential communities, parks, zoos and shopping malls across China adopted facial recognition technology to detect body temperatures, track people who are not wanted and reduce the tedious work of door guards.

Read more: Is facial recognition a step too far in combating COVID-19?

Law experts said that compared to data usage by the public security or national security departments, the situation in the private sector is murky. Some of these businesses use the technology to reduce their workloads, while others use it to earn money by serving up ads based on an estimate of one's gender, age and mood.

Behind the ubiquitous use of the technology, capital is also a propelling factor as many producers are trying to expand their business share in the market before a national law increases regulation.

Xinhua reported that one neighborhood which installed the facial recognition system to contain the coronavirus didn't even know where residents' personal data was stored and whether it's safe.

"Currently, there is no clear stipulation on who can collect personal information like facial data, so in reality, in order to improve the efficiency of work, some stores and property management companies are collecting people's facial data without getting consumer's consent. Of course, they didn't say this is compulsory, but if you don't accept that, you can't enter the door or you can't pay your bill, which is a disguised form of compulsion," Xiong Chao, a lawyer at Jingsh Law Firm, said. 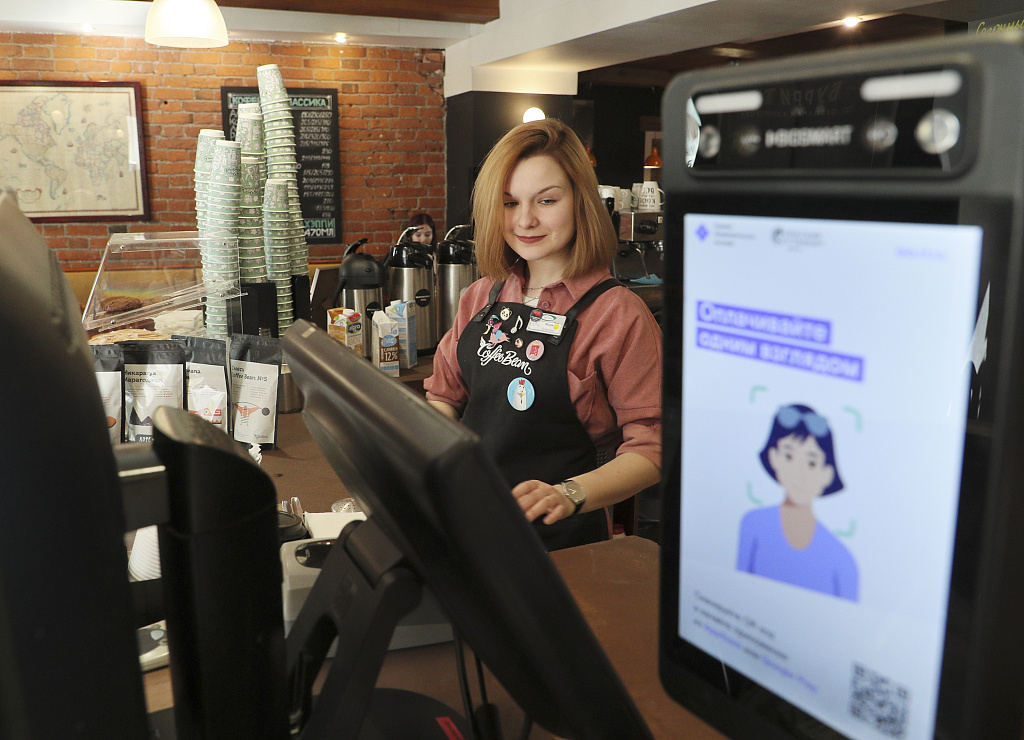 A worker in a Coffee Bean cafe, which uses a unified biometric facial recognition system for payments in Moscow, Russia, March 25, 2020. /CFP

A worker in a Coffee Bean cafe, which uses a unified biometric facial recognition system for payments in Moscow, Russia, March 25, 2020. /CFP

Though China does not have regulations specifically on facial recognition, the China CyberSecurity Law, which came into effect in 2017, stipulated that personal information can only be collected when individuals are informed and agree to the aims and scope of the collection.

And in the middle of October, China published a draft law on personal information protection, which clearly requires the information processor to obtain separate consent when it comes to processing personal information as "such information may pertain to race, ethnicity, religious belief, biological traits, medical records, financial accounts and personal whereabouts," and may lead to abuse of facial data, resulting in personal privacy violations.

Yan Xiaoli, deputy director of the Institute of Cyber Security in China Electronic Information Industry Development Research Institute, said that so far China has established a basic system of data security, including data classification, personal data protection and data assessment when it's transferred to foreign countries, which to some extent, have improved the data management capacity of businesses and organizations, as well as the awareness of the whole society.

"However, China's data security protection is still not good enough," Yan said, adding data security is not only about personal privacy, but also vital for national security. Some important industries pertaining to the national economy and people's livelihoods have not yet established a complete data security management system, and their data management capacity is still weak.

In many countries, parties, public organizations and critics have begun calling for a complete ban on live facial recognition systems in public spaces, arguing that it destroys privacy, but since the technology is novel and there are loopholes in laws, how to find a balance in embracing new technology and protecting privacy is still a legal and ethical conundrum for governments around the world.