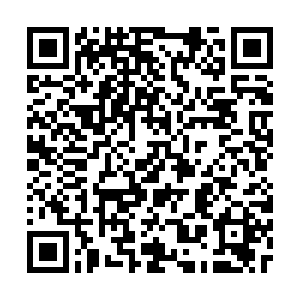 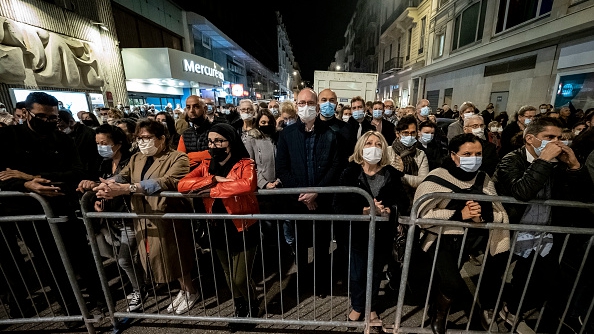 People listen and pray from the street during a mass at Notre Dame basilica, Nice, France, November 1, 2020. /Getty

People listen and pray from the street during a mass at Notre Dame basilica, Nice, France, November 1, 2020. /Getty

On Monday evening, several gunmen opened fire in multiple locations in Vienna, Austria, killing at least two people in what has been condemned as a "repulsive terror attack" by the country's chancellor. Although the specific motivations remain unclear, the modus operandi of the shootings appears to follow in line with a spree of terrorist attacks plaguing the continent over the past week, which have included a mass stabbing in the French city of Nice and a beheading of a teacher in Paris.

The unrest is the product of a controversy surrounding French President Immanuel Macron's defense of free speech and secularism amid his criticism of extremist Islam, the ongoing trial of the suspect in the Charlie Hebdo shootings and the subsequent rows with Turkish President Recep Erdogan, with Ankara whipping up global protests across the Muslim world against France and a call to boycott French goods. French officials have warned in this climate more terrorist attacks are likely.

Without question, it is an extremely sensitive topic that has sharply divided audiences. Macron is seen as resolutely justified by many by simply pointing out that one cannot use violence to pursue religious grievances and silence others. Thus, he has doubled down on his bid to promote civic integration among France's Muslim communities through a new "anti-separatist" bill. On the other hand, many Muslims, infuriated by what they see as the arrogance of the West in its disrespect to Islamic teachings, are perceiving France as an Imperial power that deems itself superior to the faith. It is argued this is fueling radicalization, and thus itself is part of the problem.

Why is depiction of Prophet Muhammad so controversial in the Islamic faith? This is not something Western audiences often bother to look into, irrespective of one's views on freedom of speech. In Islamic teaching, the creation of "forms," i.e. physical representations of things in works of art, is seen as god's own prerogative, who is the "musawwir" (maker of forms, or artist). Only He has the right to do so.

To create physical representations of people is interpreted as idolatry, as Islam specifically concerns the direct relationship between man and god with no physical intermediaries. Thus any attempt to physically describe sacred figures, such as Muhammad, is perceived to have depreciated their nature.

However, how do you then reconcile and manage these beliefs within a society which itself does not believe in them? Herein emerges the tension between Islamic law and secular nation states, which ultimately represent different value systems. Faithful Muslims seek to adhere to Sharia, a code which governs Islamic life and applies to them irrespective of what jurisdiction they actually reside in. 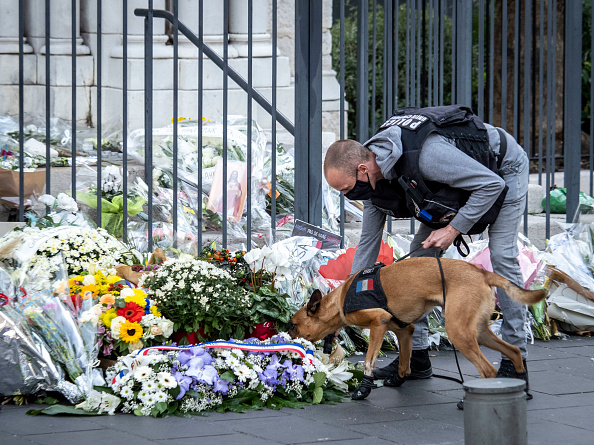 A police officer with a sniffer dog checks flowers in front of Notre Dame basilica before a mass to pay tribute to the victims, Nice, France, November 1, 2020. /Getty

A police officer with a sniffer dog checks flowers in front of Notre Dame basilica before a mass to pay tribute to the victims, Nice, France, November 1, 2020. /Getty

Like Western liberalism, it conceives itself as a "higher law" which exists on universal terms. Whilst in Muslim majority countries such law often exists formally, such as in Saudi Arabia, in non-Muslim countries, Muslims adhere to Sharia codes informally and this may create clashes with the secular society at large.

For example, per Sharia, a man can unilaterally divorce his wife, but the wife cannot divorce the husband without his consent. This is just one of many ways Sharia and secular laws can conflict. Thus, in the French Republic, a country which conceived and strongly emphasizes the idea of separation between the Church and the State as well as national obligation to the country first, the dilemma of the deemed "incompatibility" between national laws and Muslim teachings is an escalating problem, and the subsequent anti-separatism bill and the row over the Charlie Hebdo cartoons who were targeted in 2015, have become its epicenter.

Macron wants to push forward the integration of Islam into French society, but his manner of doing this is only serving to create broader discontent among Muslims.

Herein lies France's Islamic dilemma. The secular society argues against the idea of curbing its freedom of speech in preference to the sensitivities of a religious group, while that group, feeling strongly about their position which is not well understood, offers equally little space to compromise.

France of course is never going to shift from their longstanding assimilationist and secular model and nor should it be expected to. However, Macron should nonetheless avoid transforming this situation into a binary struggle between "good and evil" or "West vs. East" battle.

It should be rounded off with the fact that even if Muslims are upset, the majority are not condoning terrorism, and while the French president makes valid points, escalating this situation into disparaging remarks against the faith as a whole distorts the message and itself encourages further radicalization.

France has every right to uphold its values, but the orientalist discourse of "superior France vs. backwards Islam" is extremely unhelpful and deems it unapologetic of its legacy as an Imperial power.