Download
In Shanghai, China meets the U.S. - from nowhere to everywhere
CGTN 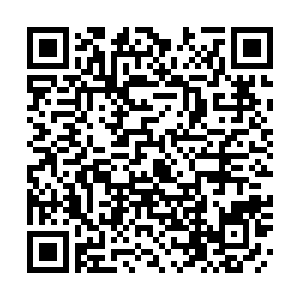 Editor's note: The two-year China-U.S. trade war has affected the entire world, and has also triggered questions about whether globalization faces an end. During this year's China International Import Expo, CGTN visited Shanghai, where the Sino-U.S. relationship officially began, to make a short series entitled "In Shanghai: China Meets the U.S." This first episode is a discussion of globalization, and its future.

When the world is off balance because the two biggest powers are not seeing eye-to-eye, how do American institutions and their Chinese partners think about the past, and their future? Are American businesses still operating in China? And what does this all mean for the world?

Reviewing his trip to China, President Nixon later said: "If there was a postscript that I hope might be written with regard to this trip, it would be the words on the plaque, which was left on the moon by our first astronauts when they landed there: 'We came in peace, for all mankind'."

President Nixon opened the door to China and Chairman Mao gave him a gift of Chinese tea in commemoration, but neither men probably realized they had also opened a new stage in global commerce.

For Lin Songtian, President of the Chinese People's Association for Friendship with Foreign Countries, China has never stopped trying to open up to the world, and he points to two beverages; tea and coffee, as proof that the idea of co-existence has a long history here.

"Tea is China's traditional drink, and has roots dating back more than 4,000 years. But we also don't reject new concepts, new ideas, new products, like coffee. "

When we talk about coffee, the name that comes to most Chinese is Starbucks. Since opening its first Chinese store 21 years ago, it now has deep roots. It is big not just because it provides coffee, but also a way of life, that connects with the Chinese.

And in just two decades, China has become the company's second largest overseas market, and it continues to expand.

"I think it makes our life enriched, and also more colorful."

Be it the relations between countries or with a global coffee chain, it is this connection that ensures things will survive, and thrive. And looking around here, there's no reason to believe globalization is reaching its end. Far from it.

Rabbi Shalom Greenberg, Director of the Shanghai Jewish Center, believes globalization can help give people a better sense of who they are.

"Many people think that globalization means that I should lose my identity," he says. "The right approach is when a person stays true to who he is, but is enhancing his life with the cultures that he's been opened to, and is learning from."

Without globalization, neither Chinese tea nor American franchises would have gone as far as they have. Forty years on, China has changed, the U.S. has changed. But globalization has not. China and the U.S. are not quite adversaries yet, although they are moving that way. But does that have to happen? And are we even asking the right questions to make sure it doesn't?