A golden age of snow leopard protection in China
CGTN 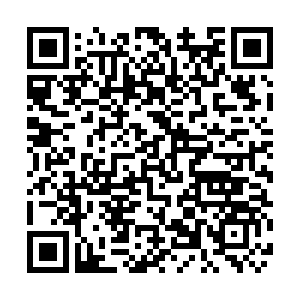 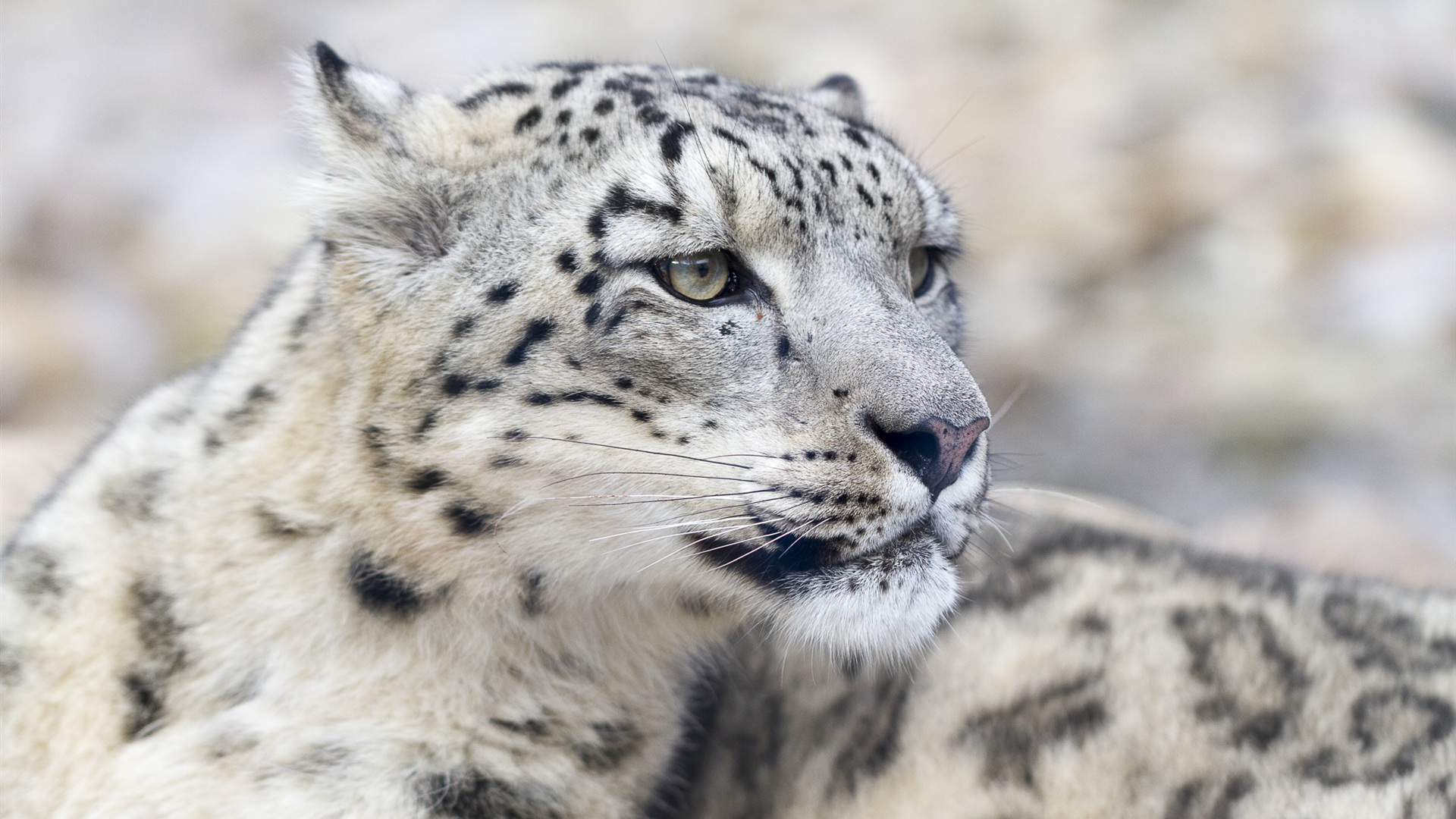 There are currently between 7,446 and 7,996 of these felines left in the wild, according to statistics released this year by the International Union for Conservation of Nature (IUCN).

Northwest China's Qinghai Province is one of the regions in the world which boasts the highest concentration and population density of snow leopards. Continuous efforts in the protection of the species from the government level and local people are paying off. 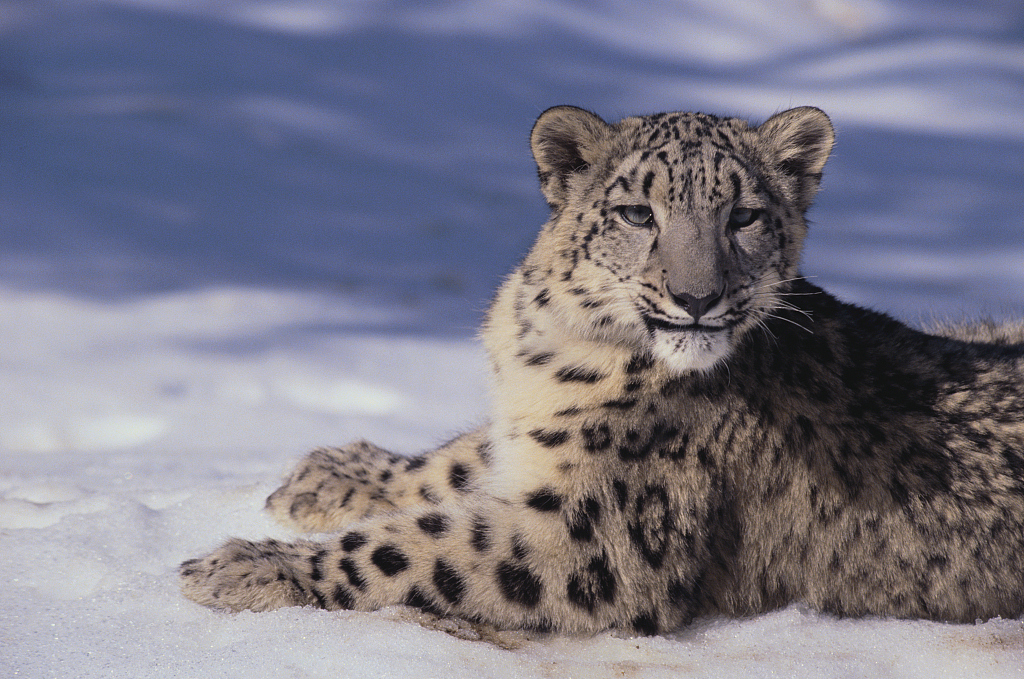 "The populations and habitats of the big cats were declining at a disturbing rate in the past few decades due to adverse factors, including the loss of prey, climate change and human activities, such as poaching and illegal trade," said Wang Enguang, deputy head of the forestry and grassland bureau of Qinghai.

To revive the top predator inhabiting the Himalayas for 2 million years, China has been beefing up conservation measures.

In 2013, the country launched an action plan for the protection of the rare species. It has also been exploring other options like building national parks since 2017 to further protect snow leopards and other wild animals.

A total of 138 nature reserves have been established across the big cats' habitats in China, forming the most basic protection and monitoring network. 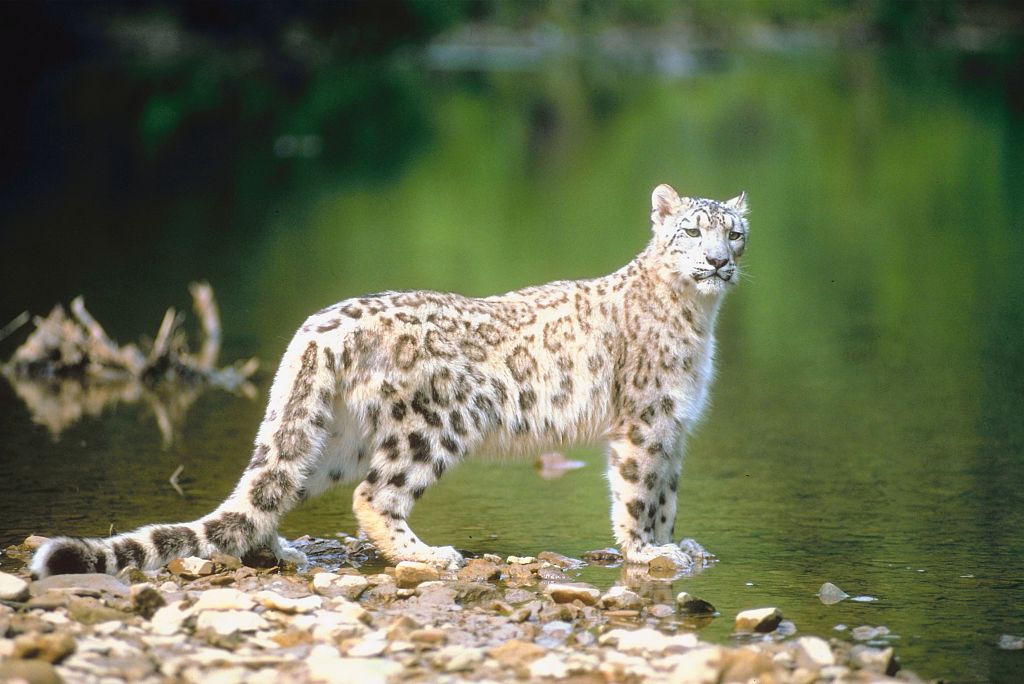 The region is home to Sanjiangyuan National Park, the first of its kind in China, which is under construction since 2016. It is about three times as large as Switzerland and set to open in 2020.

The park, with a total area of 123,100 square kilometers, covers 38,000 square km of suitable habitats for snow leopards, according to Wang.

The administration of the pilot Qilian Mountain National Park, stretching 50,200 square km in the provinces of Qinghai and Gansu, has been monitoring the big cats for three years.

It is expected that the animal's potential habitats will exceed 4,100 square km in the Qinghai section of the park as a result of these conservation efforts. 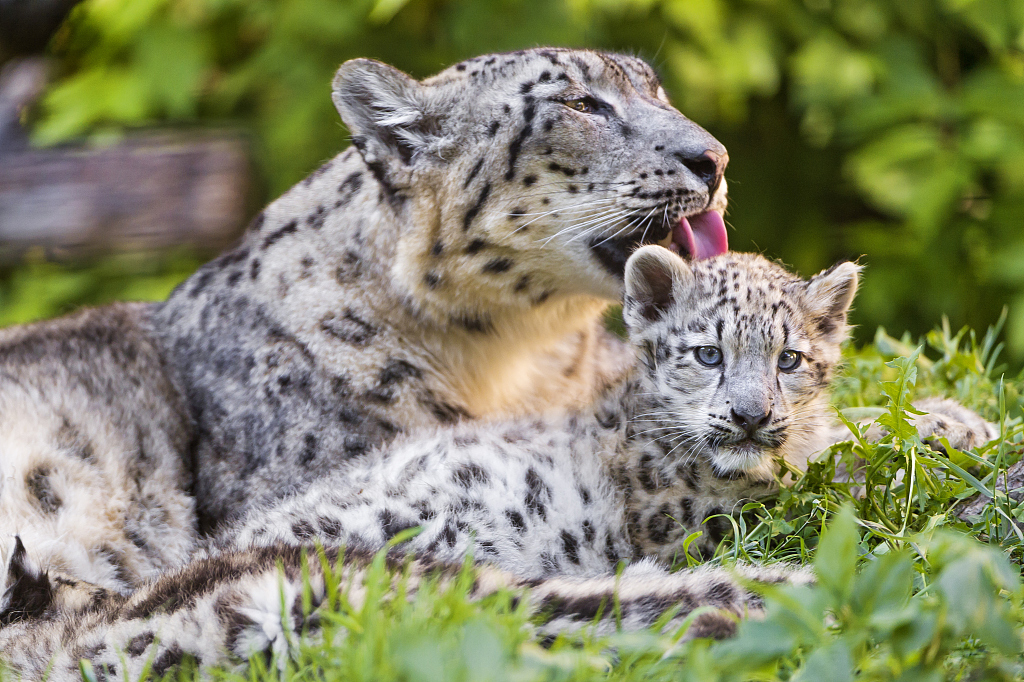 "Qinghai has provided about 200,000 square km of a strictly protected area for snow leopards and other wild animals through the construction of pilot national parks, offering a new way for the comprehensive, complete and continuous protection of endangered species," said Li Xiaonan, head of the provincial forestry and grassland bureau.

On October 23, the eighth International Snow Leopard Day, Qinghai announced that it has completed a 10-year plan on the protection of the animal to restore its population by systematically preserving the authenticity and integrity of its habitats on the Qinghai-Tibet Plateau. 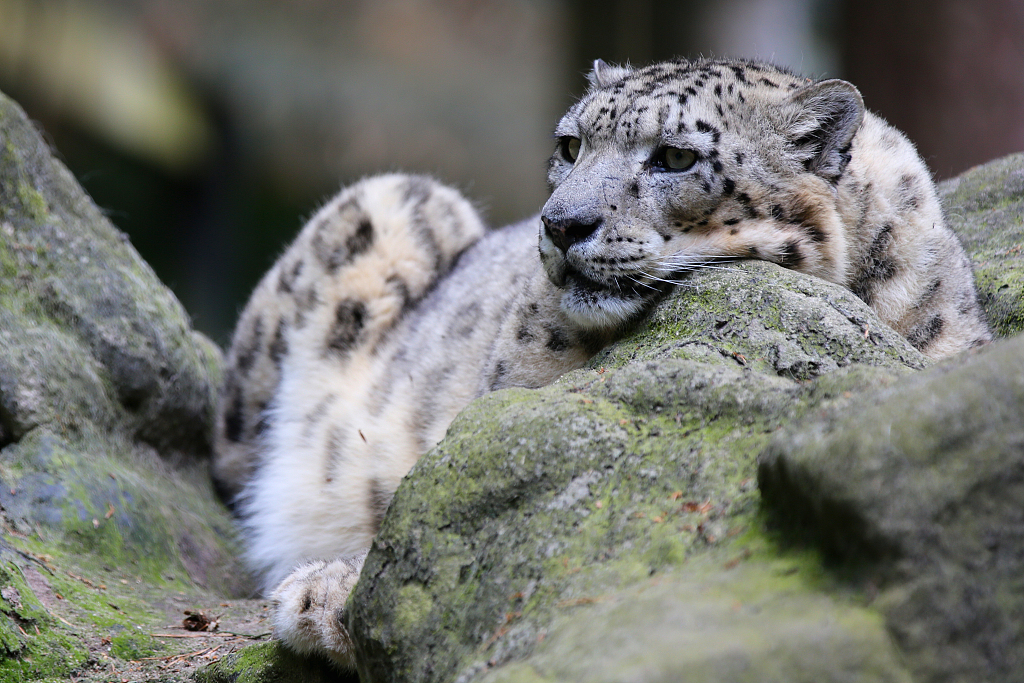 In the race to rescue snow leopards, local herdsmen are an indispensable force.

In October 2013, Peking University cooperated with the Beijing Shanshui Conservation Center to carry out an ecological monitoring training for herdsmen in Yunta Village of Qinghai's Yushu Tibetan Autonomous Prefecture.

Over the years, 14 trained herdsmen have taken turns to maintain and recycle the infrared cameras set up in the mountains every three months and submit the data to Peking University.

They had monitored 23 adult snow leopards as of last April, helping researchers study the population's dynamic changes caused by behaviors such as fighting for territory and migrating through corridors. 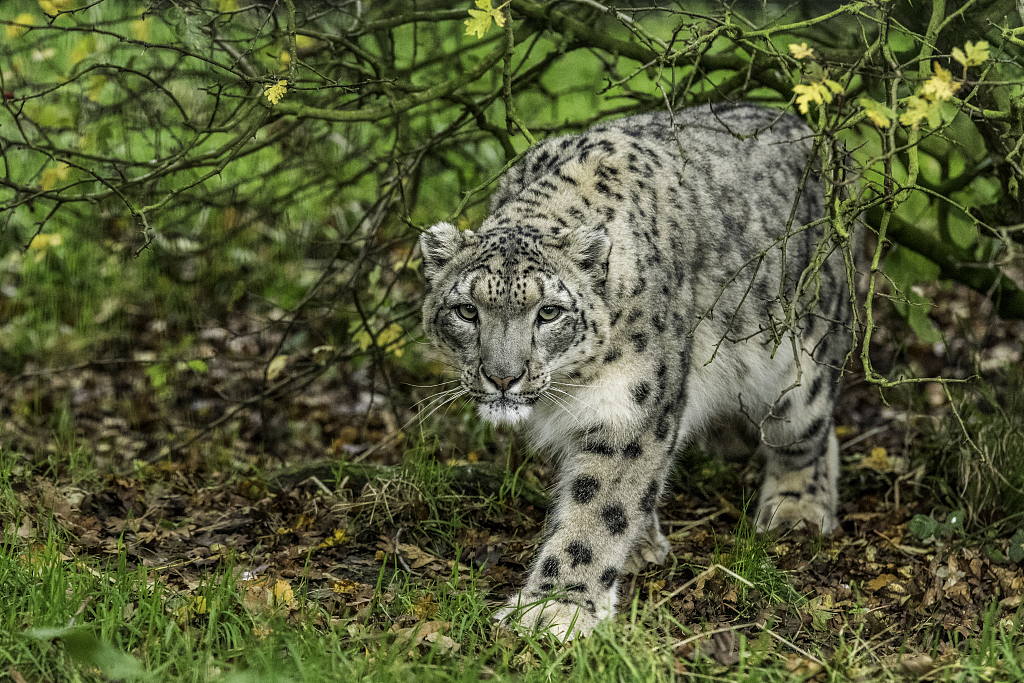 In Yushu's Namse Township, Tibetan forest ranger Asong, with the local government's help, has been using infrared cameras to capture traces of snow leopards around his pasture.

Wearing his favorite T-shirt printed with the words "Walking with the Leopard," Asong is filled with excitement when talking about the animal.

"Snow leopard is called 'King of the Snowy Mountains,' and the places it passes through are sacred," he said. 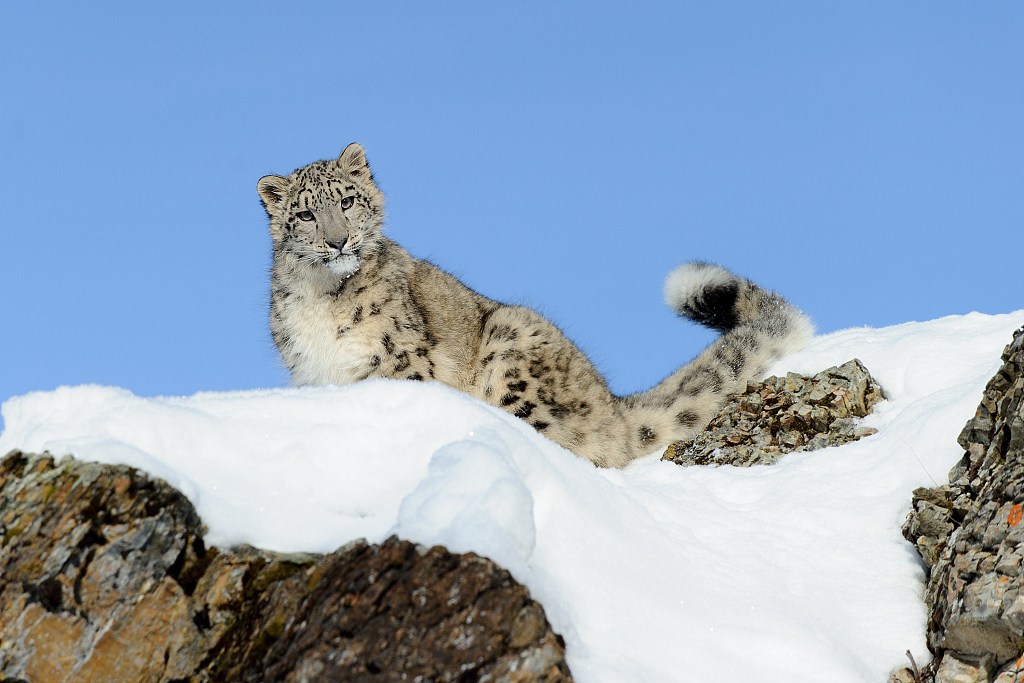 Continuous efforts have yielded promising results as more snow leopards have been spotted in Qinghai.

An infrared camera captured the movements of two snow leopards in a forest farm in the region in early October, according to a research team of the Chinese Academy of Sciences (CAS).

The footage recorded on September 4 revealed that the distribution area of snow leopard has expanded to the easternmost edge of the Qilian Mountains, said Lian Xinming, associate researcher at the Northwest Institute of Plateau Biology under the CAS, adding that it was also the first footage of the wildlife recorded in eastern Qinghai.

Based on the footage, the snow leopards come across as female. "This suggests that there is a family group of snow leopards in this area," Lian said. 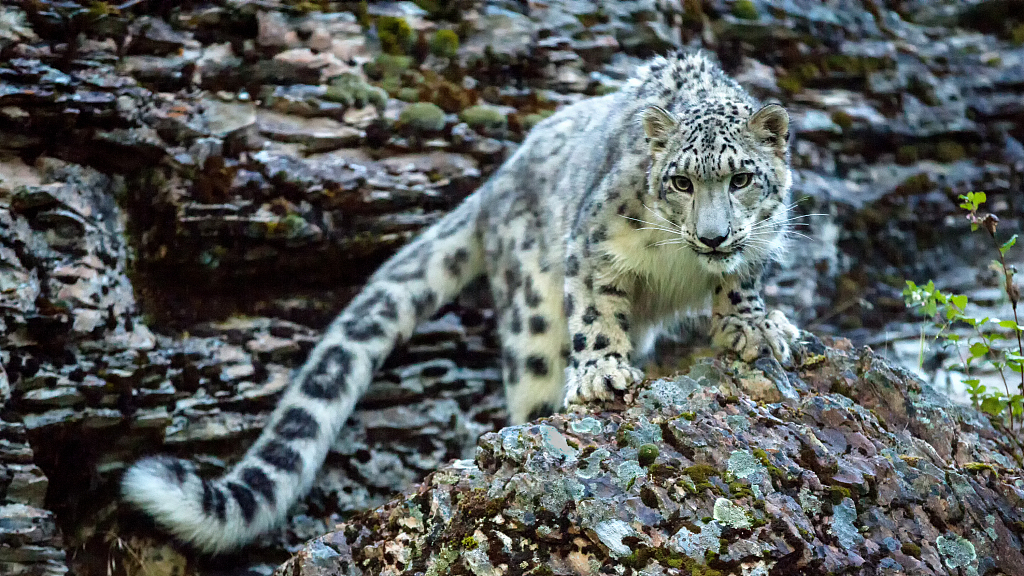 In the past three years, Gao Yayue has been engaged in the monitoring work of snow leopards in the Qilian Mountains.

"We have installed more than 1,100 infrared cameras with a monitoring range of 5,000 square km. More than 3,000 photos and video clips of the big cats have been captured, based on which we have determined 95 distribution points of the animal and identified 55 individual snow leopards," said Gao, a staffer with the administration bureau of the Qilian Mountain National Park's Qinghai section.

"The images of three and four snow leopards in the same frame have appeared many times, and we have even captured a rare video footage of five snow leopards," Gao said. "It has shown that the population of this species in the Qilian Mountains has strong breeding abilities and complete food chain."