At a glance: The foundation of China's economic transformation
Branko Milanovic 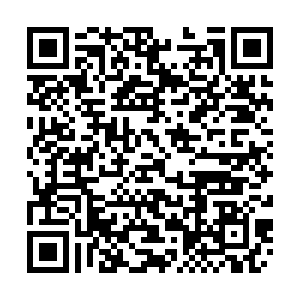 Editor's note: China has laid out the 14th Five-Year Plan and aims to double the economic output or per capita income by 2035. Some have cast doubts on the country's ability to achieve this goal, while others point to the last forty years of development as proof of China's developmental capacity. What lies at the center of China's economic transformation? Branko Milanović, Senior Scholar at the Stone Center on Socio-Economic Inequality at the CUNY Graduate Center, shares his observations and opinions on this matter. The opinions expressed here are his own and not necessarily the views of CGTN.

Adriel Kasonta: It is said that the Chinese transformation is starkly unique in the world's economic history. What, in your opinion, is at the foundation of China's success?

Branko Milanović: Let's start with the sort of purely empirical part. And empirically, it's true that never in the history of the world have so many people increased their incomes so much over such a continuous-time. In other words, we are basically talking about more than a billion people increasing their incomes at a rate of about 8 percent per year for 40 years. So, nothing similar had ever happened.

If you look at the Industrial Revolution in England, of course, the rates of growth then were much lower - they were less than 2 percent a year. Even if you look at Japan, the rates of growth were higher, higher compared to the Industrial Revolution, at about the Chinese level, but obviously, the population was less than one-tenth of China's population, and it did not last for 40 years. So, it's a unique development.

We can generally say on the side of agriculture, the change was in 1978 with the responsibility system, where actually land became de facto private and actually production decisions were privatized. At first, everything which was above a certain quota was kept by the private individuals. Afterward, that has changed, then basically agricultural sector operates as if it were entirely private, although the land is still not privately owned, technically, I don't think it's an issue. You have many parts in the West where actually the land is also owned for 99 years, but it doesn't really make any difference in the behavior of people.

And that revolution was really quite spectacular because it led to an incredible increase first of income of Chinese farmers, and also it spread to what was then called, it is still called, "township and village enterprises" which employed rural labor, but producing not agricultural goods but actually industrial and manufacturing goods. And that change in 1978 all the way to the late 1980s also produced a significant decline in inequalities. So, it was actually good in terms of both growth and reduction of rural inequality. After that, the developments moved to the industrial areas. So we had really started with the late 1980s, we had changes in the industrial and the urban areas.

But this is simply a sort of description. But it's kind of much harder to say what the reasons are because China did not use the sort of typical way that many countries were supposed to develop. Chinese regional development was quite uneven - it's getting now a little bit more even, but it was uneven. The role of the state was quite important, particularly in banking, then infrastructure, and all the key industries like iron, steel, electricity, things like that. So, the development pattern, or the package, that China used was quite unique.

It could actually be possibly used in a few other countries. We see now attempts to do that, for example, in Ethiopia, Vietnam used a relatively similar approach. So, there are many things that one can learn not only from China but from the countries that are using similar approaches.

Kasonta: How do you evaluate China's poverty alleviation and the global poverty reduction campaign?

Milanović: China's success in poverty alleviation is huge. We were saying that in the beginning, if you have 8 percent growth per annum, obviously what you do, you actually reduce poverty. So, that poverty has been significantly reduced.

Still, poverty does remain, particularly in rural areas. And you see that in income distributions that these were the bottom of the Chinese distribution. In the rural area, it is very poor by global standards – we are talking about people who are about 20 percentile globally. That situation with urban areas is obviously better.

But when it comes to the world, COVID-19 has been a huge shock, and not only has been, it actually continues to be, and we have no idea for how long it will be. So, it would probably push the world back. It could be as long as and as much as ten years in the improvements because we would be essentially push back to the situation that existed ten years ago in terms of extreme poverty. So, it's a little bit like a Sisyphus in a Greek myth – you kind of rolled rock all the way to the top of the mountain, and then the virus comes and rolls that rock all the way down to where you started from. So, the world will have to start and do that anew, but this is not unexpected. The crisis had had a tremendous impact on real growth and a very severe impact on poor people.