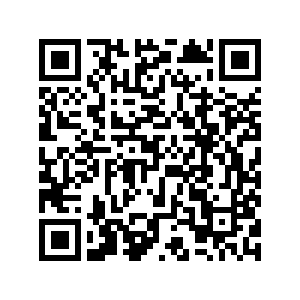 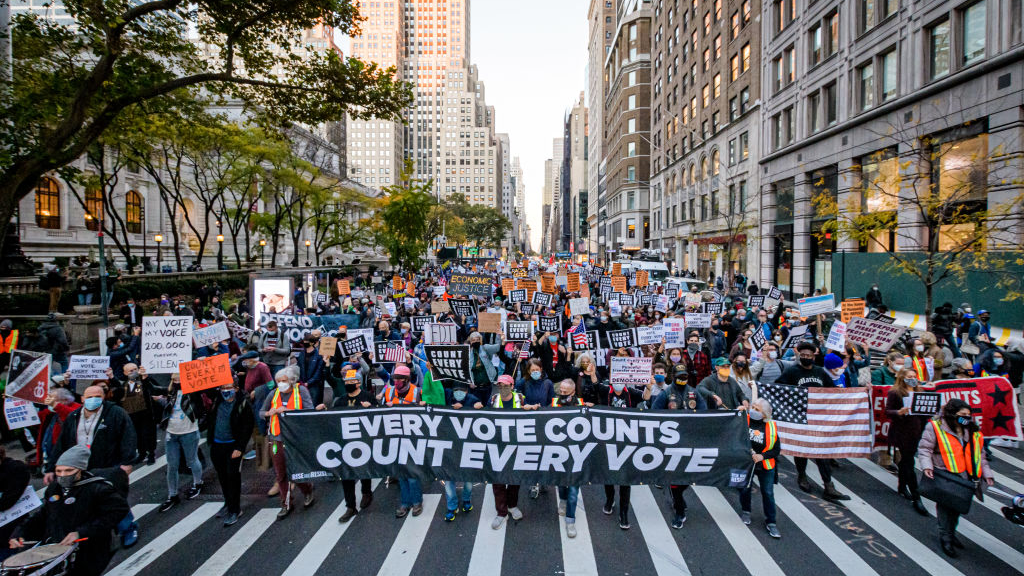 Participants holding a banner reading: "EVERY VOTE COUNTS/COUNT EVERY VOTE" at a protest at the steps of the New York Public Library for a rally and march to demand that every vote has to be counted before a state can be called for a candidate, Manhattan, New York City, U.S., November 4, 2020. /Getty

Participants holding a banner reading: "EVERY VOTE COUNTS/COUNT EVERY VOTE" at a protest at the steps of the New York Public Library for a rally and march to demand that every vote has to be counted before a state can be called for a candidate, Manhattan, New York City, U.S., November 4, 2020. /Getty

The world waits and watches for the result of the U.S. presidential election after a day of extreme twists, turns and uncertainties. Twenty-four hours after counting began, there is still no clear victor emerging although Joe Biden has slowly edged the upper hand in a number of key states and Donald Trump's support has held up beyond expectations.

Yet for all intents and purposes until one party crosses the finish line, it's all up in the air. Despite the lack of clarity over the outcome, the president has prematurely declared victory and demanded a cessation of counting, proceeding to insinuate multiple times that his opponents are stealing the election through fraud via mail in absentee ballots, a lingering pool of votes which are still being counted and may yet determine the outcome. He has threatened lawsuits accordingly.

In the midst of Trump's comments, protests have emerged in several key states either for or against counting as neck tight results raise the stakes on what is already a deeply divided country. Given the scope of what lies ahead from the White House, the subsequent controversy could mean the result could take weeks to settle, even if one candidate were to decisively cross the line.

In the meanwhile, one thing it does make us sure of is that American politics is broken, and the repercussions of whatever is about to happen will have long and deep set consequences. Trump is not going down without a fight, and we might be able to see a "scorched earth" policy from the Republicans which may pose grave challenges to a Biden presidency. It's a result which either way will lack legitimacy and an air of resentment will linger on.

Why has the result been so tight and so uncertain? For many people in the world their preference for this election, or for that matter their prediction, was a no-brainer. Not only did opinion polls suggest Trump would lose comfortably (they had been wrong before), but also much of his tenure in office had been so objectively awful that it seemed almost inconceivable that he could hang on.

The president's pandemic response is just one item out of a long list of things that shocked audiences around the world and there are literally too many to list. Thus the fact that Trump remained in this contest with a fighting chance at all was enough to trigger what might be described as an "upset" – but again the question is why has this happened? 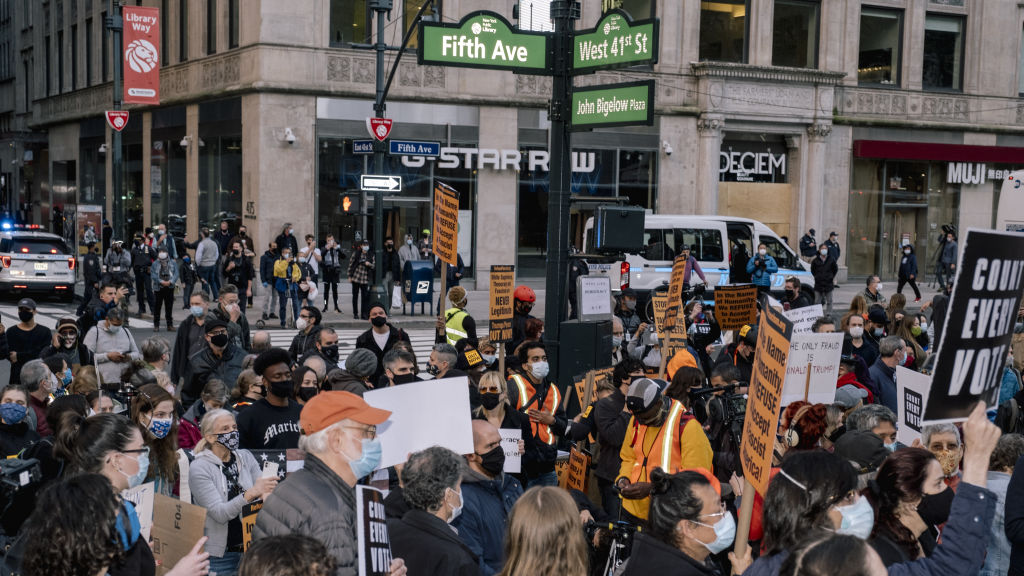 Demonstrators hold signs at a protest during the 2020 Presidential election in New York, U.S., November 4, 2020. /Getty

Demonstrators hold signs at a protest during the 2020 Presidential election in New York, U.S., November 4, 2020. /Getty

The answer is because besides that American politics is broken, it is also divided and disillusioned. A reality we have to accept is that for just shy of half the country, the politics Trump offers, which may appear erratic, dangerous, a pipe dream and outright reckless, is not unpopular.

The populism and nationalism espoused by the president and which have tarnished America's image in the world and provoked global uncertainty are in fact neither unpopular, nor a "mistake" in the minds of many Americans. Trump critics hoped sincerely over the past 24 hours that the election result would prove just this, that the electorate would come out and firmly send a message that the past four years have been disastrous and thus it was time to swiftly return to the subjectively "normal" world before 2016.

But even if he loses, that isn't the case. The shift that Trump has imposed on American politics is permanent and driven by an identity sentiment which is angry and disaffected. The world has changed and as much as we may despise it, he has changed it.

Thus even if Biden edges ahead in the coming hours or days, there will be no instantaneous "revert" back to "normal," the battle lines that the president has set will very much remain. Many voters did not pour to the former vice president on the label that he "wasn't Trump" – as many assumed. Biden has done better than Hillary Clinton, but there are clear signs even in light of a potential victory that his brand is not as decisive or appealing as thought.

Thus as a result, this deadlock electoral chaos embodies an American society that continues to be plagued by deep and prevailing difficulties. Whoever emerges as the eventual victor almost instantaneously faces a divided country and immense hostility from the other camp, they will lack legitimacy.

Trump's legacy is not going to be swept under the carpet, it will persist and the doubling down on his own victory irrespectively will poison the political climate further and bring about immense problems. In U.S. history there have been many close calls, for example the Bush versus Gore in 2000, but never has there been one where not only the stakes have been so high, but also so resentful too.