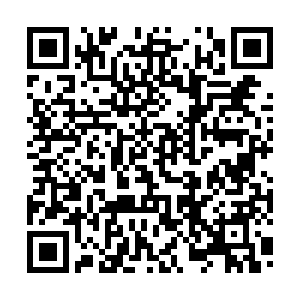 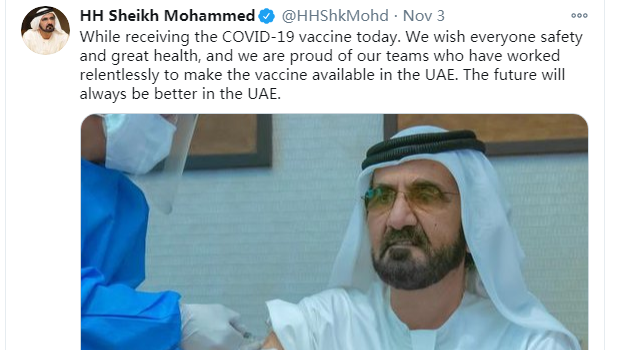 Sheikh Mohammed, who's also the vice president of UAE and the ruler of Dubai, shared the news on Twitter, posting a photo of him getting vaccinated by a medical staffer.

"While receiving the COVID-19 vaccine today. We wish everyone safety and great health, and we are proud of our teams who have worked relentlessly to make the vaccine available in the UAE. The future will always be better in the UAE," he wrote in his post.

The vaccine he got was produced by the Chinese drug giant Sinopharm, according to a report from Qatari broadcaster Al Jazeera. It is nearing the end of Phase III trials in the UAE, Egypt, Bahrain and Jordan, which started in mid-July.

Sheikh Mohammed is the latest top Emirati official to be vaccinated against COVID-19.

In September, the UAE authorized the emergency use of Sinopharm's COVID-19 vaccine on health workers, after the country's health officials confirmed the positive results of the clinical trials.

Bahrain is the latest country to have approved the use of the Chinese COVID-19 vaccine on frontline workers, state news agency BNA said on Tuesday.

Bahrain's Health Minister Faeqa bint Saeed Al-Saleh said on Tuesday, in comments carried by BNA, that the use of the vaccine complies with the country's regulations on exceptional licensing in emergency cases.

"The results of Phase I and Phase II clinical trials showed the vaccine is safe and effective," she said, adding that Phase III trials were going smoothly and without serious side effects.

Around 7,770 people have so far volunteered in the Phase III clinical trials in Bahrain and have received a second dose, the minister added.