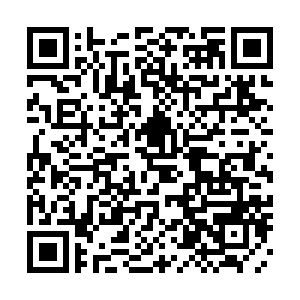 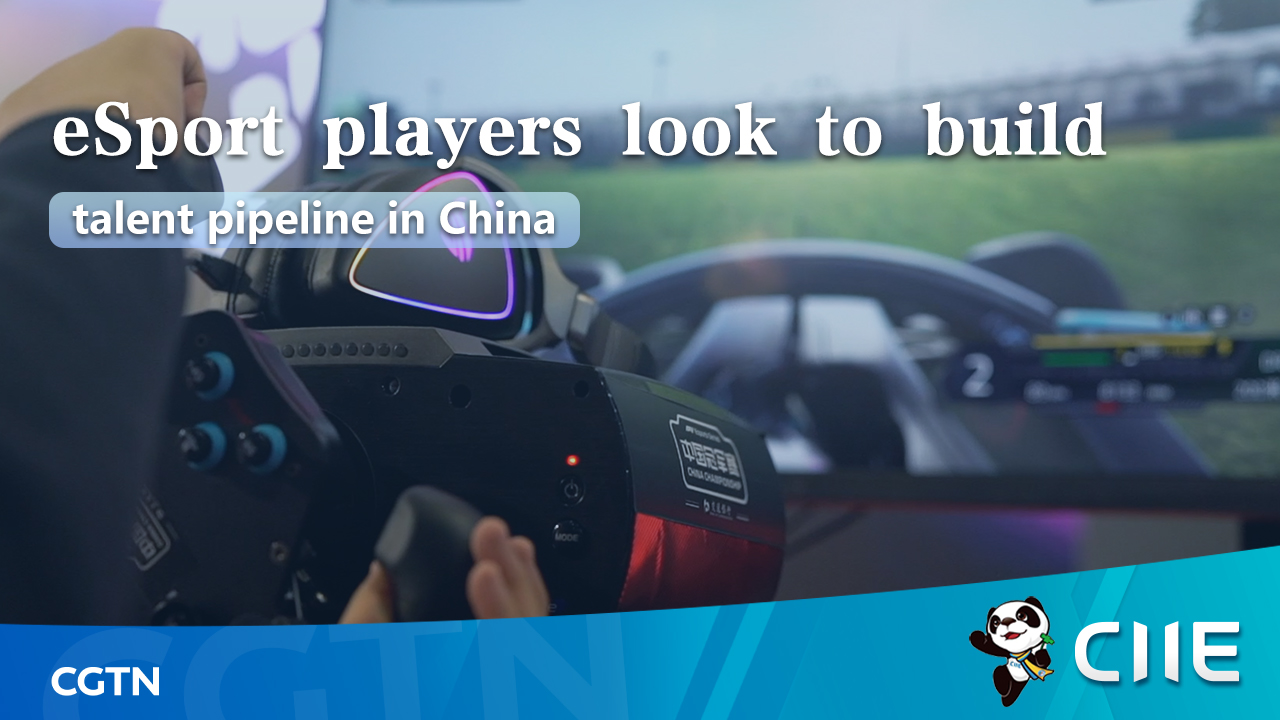 This year, Shanghai hosted the League of Legends (LoL) World Championships, and opened its doors to audience for the finals at Pudong stadium on October 31. According to its organizers, over three million people registered for a mere 6,000 seats available in the arena.

ESports has seen a meteoric rise in the past decade, and retailers are making their appearance for the first time at the third China International Import Expo (CIIE) in Shanghai, hoping to get a slice of what's projected to be an eye-watering $540-million market by 2023, according to Newzoo, provider of games and esports analytics.

"If you look at Asia, the China is the most advanced [in eSports] compared with other countries," Sebastian Lau, Asian Electronic Sports Federation (AESF) Director General told CGTN at CIIE and added it hopes the country can play a "gateway" role for AESF to bring more publishers into the country. 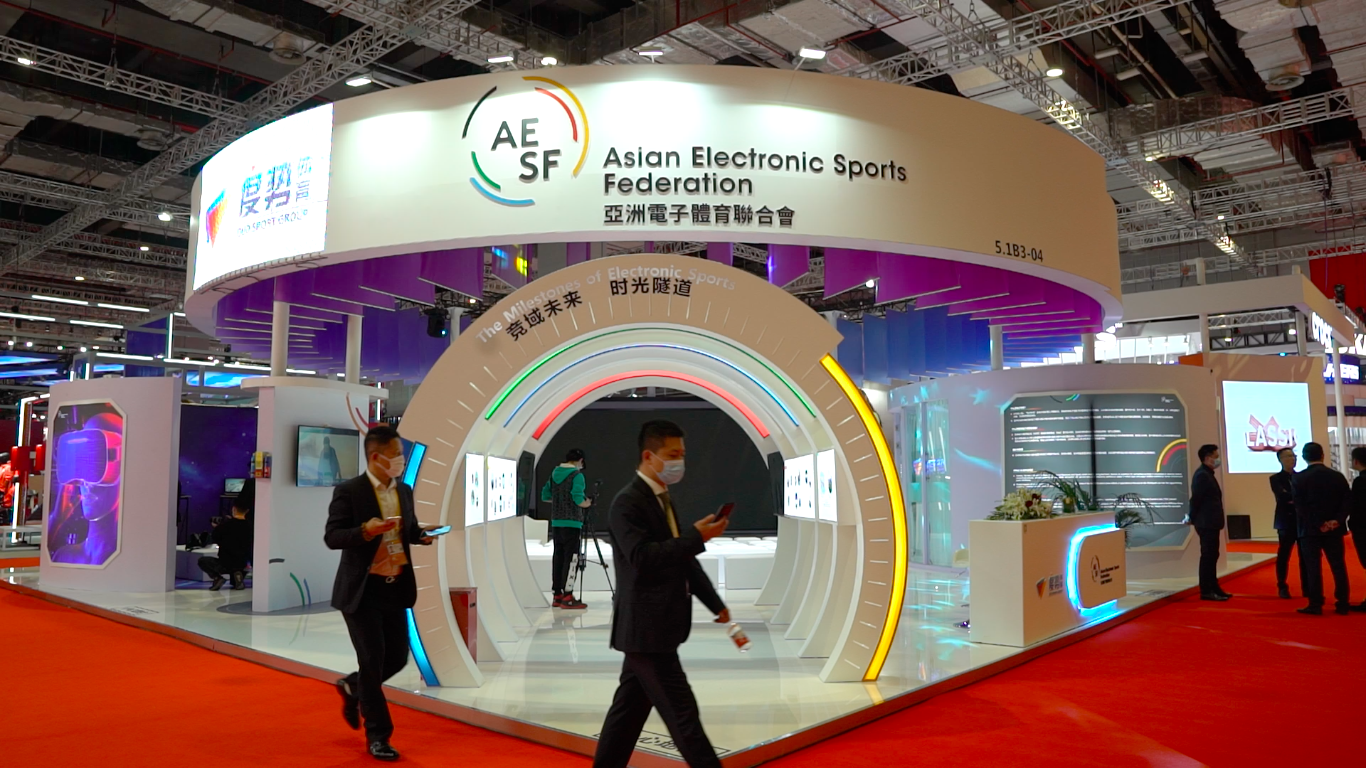 AESF is participating in CIIE for the first time, the federation is the governing body of eSports in Asia and recognized by Olympic Council of Asia. /CGTN

AESF is participating in CIIE for the first time, the federation is the governing body of eSports in Asia and recognized by Olympic Council of Asia. /CGTN

Chinese teams have become serious contenders in the world of eSports, with teams bagging wins for LoL championships in 2018 and 2019. Local tech giants like Alibaba and Tencent have also poured in hundreds and millions of dollars into the burgeoning market.

Just last year, China recognized eSports as an official profession last year. In 2016, the education ministry also listed "esports and management" as a major, and higher education institutes have been steadily introducing related courses and diplomas.

Formula One eSports also sees China as a key market, which has already seen growth in just the past year alone.

"Last year we had about less than 10 million viewers watching the F1 eSports series China championship on different levels. But this year, we will have a total of 50 million viewers, mostly on TV, as well as on the streaming platforms," said Michael Xu, Juss Intellisports strategy and partnership manager for Formula One eSports in China, told CGTN.

Beyond the size of its market, AESF and Formula One want to build an ecosystem of talents, professionals and attract the young in China.

The AESF has signed a memorandums of understanding with East China Normal University in Shanghai, hoping to build up a pool of professionals that can support the industry as it grows.

"I'm not saying we teach them how to play a specific games, but to have a whole ecosystem of eSports, for example eSports stage setting up, eSports marketing, and even eSports emcee," elaborated Lau.

For Formula One eSports – which is relatively new to the market – the virtual competition is a way to revitalize younger viewers to the race. 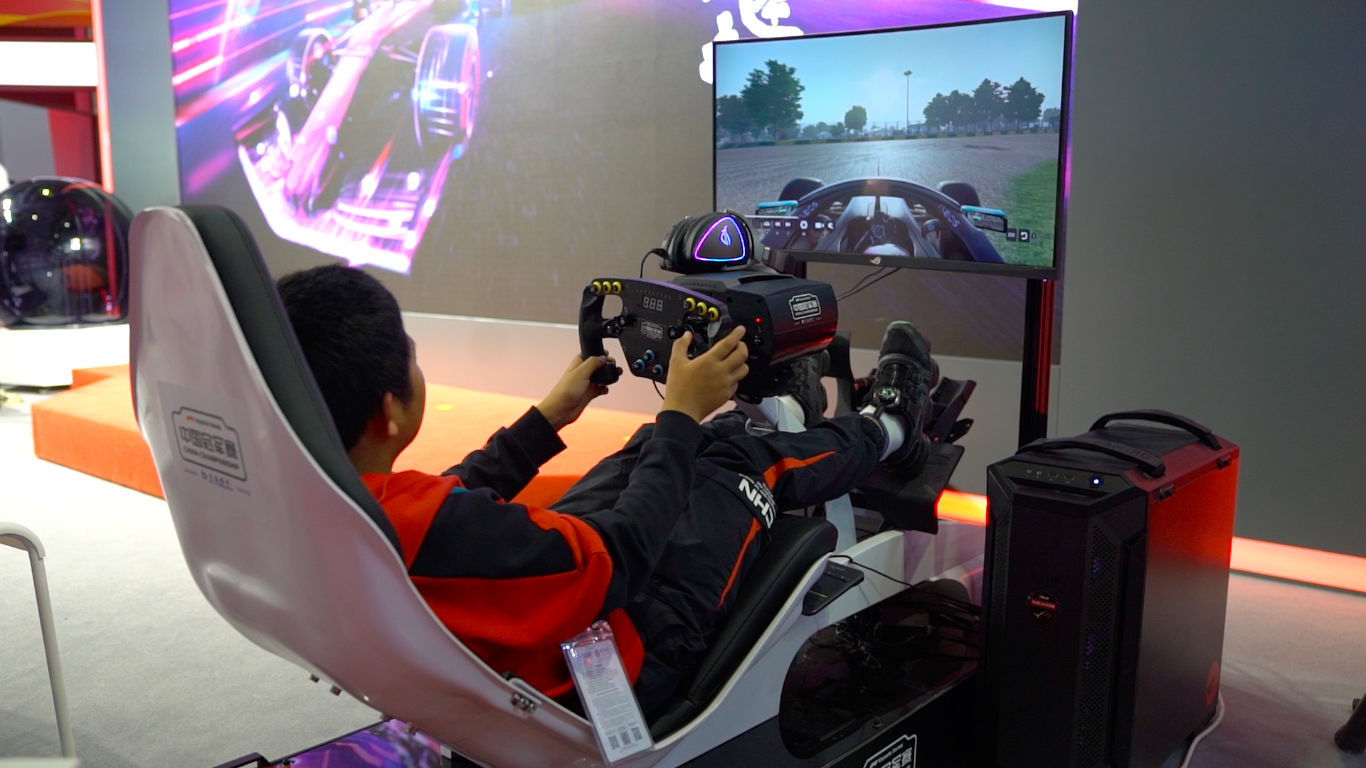 A boy tries out an F1 simulator at the Formula One eSports booth at CIIE in Shanghai, China, November 5, 2020. /CGTN

A boy tries out an F1 simulator at the Formula One eSports booth at CIIE in Shanghai, China, November 5, 2020. /CGTN

"The Grand Prix has been there for 70 years, so it has a really rich heritage and a long history of itself. But among the younger generations, Formula One really wants to utilize eSports, which is very popular among young people," adding "hopefully they can turn into real F1 fans in the future as well."

Recognizing eSports as a sport

Increasingly, eSports is being recognized as a professional sport where players – like athletes – also need to undergo rigorous training to compete in competitions.

It is also important to note the advancement of technology in eSports, Lau noted,  especially when it comes to virtual and augmented reality, as these will make eSports more challenging physically.

Besides, recognizing eSport as a sport, Lau believes there is room for collaboration between eSports and traditional sports in a way that complement one another. 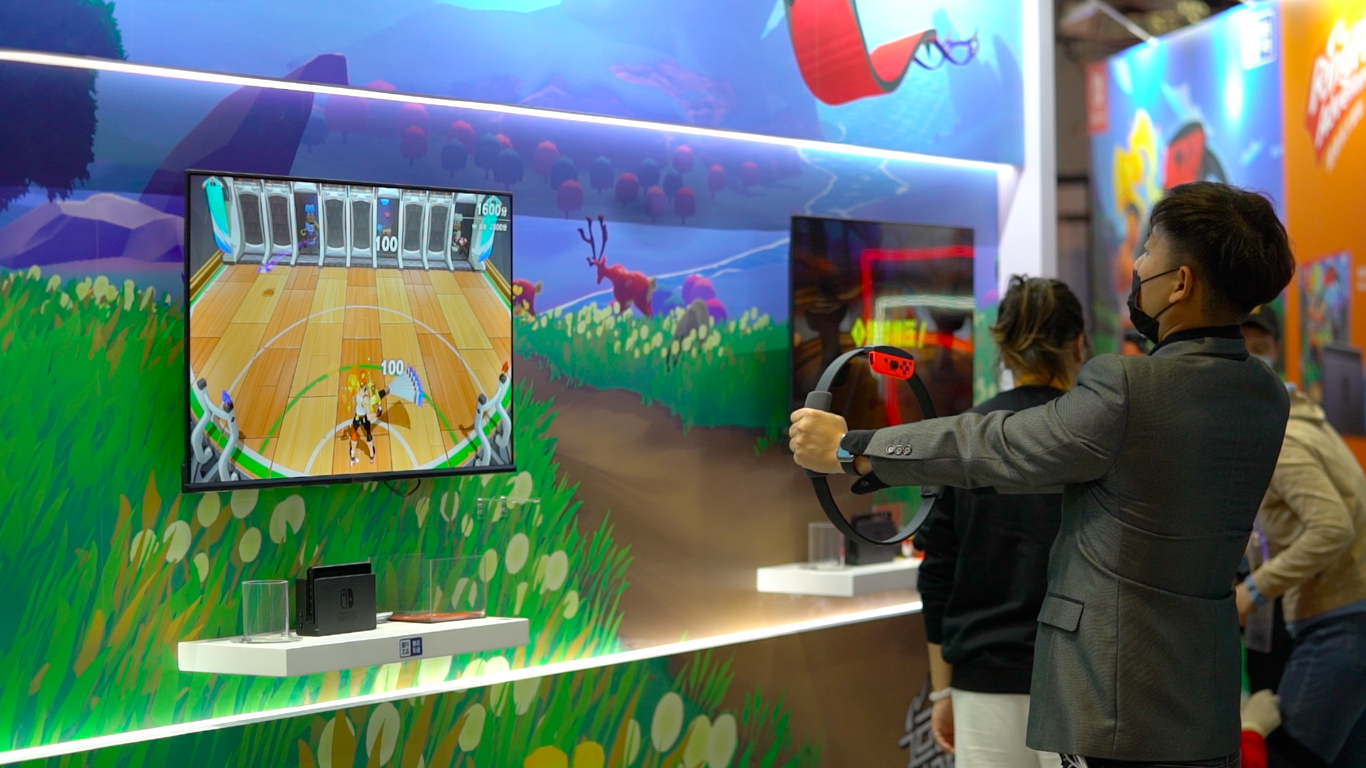 A man tries out Nintendo RingFit at CIIE in Shanghai, China, November 5, 2020. /CGTN

A man tries out Nintendo RingFit at CIIE in Shanghai, China, November 5, 2020. /CGTN

"Nobody ever heard that a Thailand athlete can win the champion of skiing. But if you think, by using the simulating machine like eSports, we can simulate in like the temperature even like the equipment or very professional. So by doing such a thing, I think, one day there will be a world champion of skiing from Thailand," Lau commented.

In the near future, perhaps there will no longer be a differentiation between eSports and sports. But before that, it's projected that eSports is likely to generate even more revenue than traditional sports given its accessibility and popularity. And China, with its 1.4 billion people, is ready to take the lead.