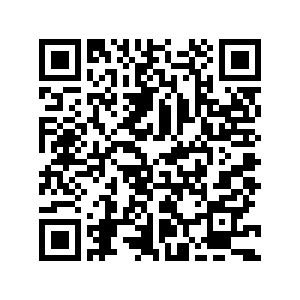 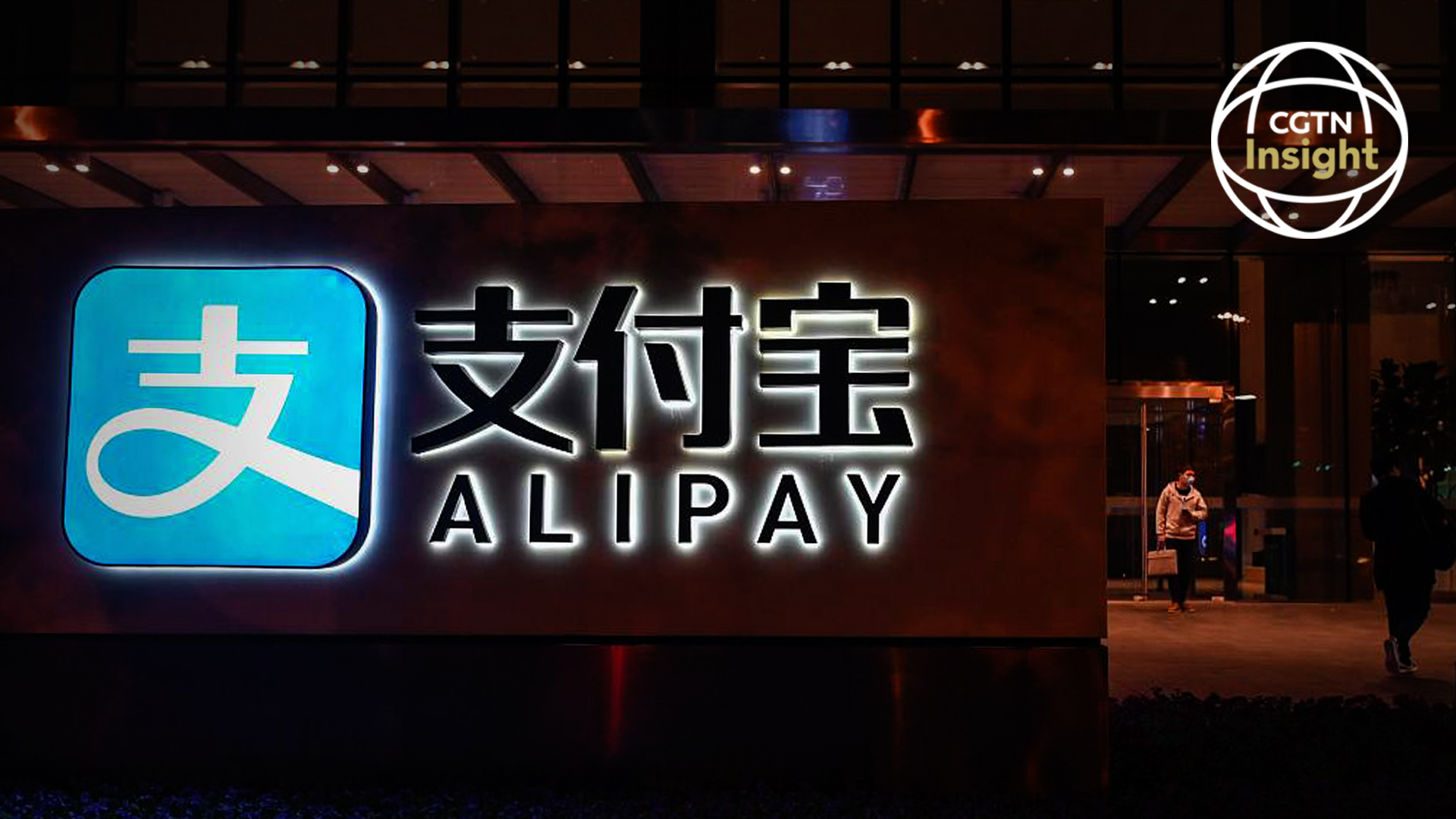 An Alipay logo is seen next to the office building of Ant Group in Shanghai on November 3, 2020. /CFP

An Alipay logo is seen next to the office building of Ant Group in Shanghai on November 3, 2020. /CFP

When investors learnt about the suspension of Ant Group's initial public offering in both Shanghai and Hong Kong, they were only some 36 hours away from the world's biggest IPO. Though some parties may feel disappointed at the development, it is better to be late than wrong when it concerns protecting the interests of investors.

The suspension came days after Jack Ma, the co-founder and controlling shareholder of Ant, blasted the Basel Accords, three series of internationally accepted banking regulations requiring banks to hold a certain amount of capital, as "an old people's club."

At the Bund Summit held in Shanghai some ten days prior to the suspension, Ma also criticized China's traditional banks of operating with a "pawn shop" mentality that uses collateral instead of advanced credit ratings. He also bashed watchdogs of not knowing the difference between regulation and supervision.

Days later, on Monday, financial regulators, including the central bank and the China Securities Regulatory Commission, summoned Jack Ma and two other top executives of Ant, before the group's IPO was suspended the next day.

The timing of the suspension led to suspicion that the rarely seen last-minute move by the Shanghai and Hong Kong stock exchanges was a result of Ma's "bold" speech. It was as though the regulators wanted to teach him a lesson and remind him of who's the real boss, at least that was the speculation in a Financial Times article. But that's a bit far from the real motives.

The past and present

As China's e-commerce sector experienced an exponential boom over the following years, Alipay expanded its business to cover such financial services as deposits, investment, insurance, and lending, like those provided by traditional financial institutions, including banks.

But the regulators didn't include Alipay in the banks' ranks for supervision because they aimed to encourage competition and innovation in the sector. In addition, it seemed to generally differ from traditional banks that had long been criticized for their high thresholds in issuing loans, lack of investment options, and low efficiency in providing banking services.

In 2013, Alibaba Group, co-founded by Jack Ma and the parent company of Alipay and Taobao, decided to establish a small and micro financial services group based on the business of Alipay. The group, formerly known as Ant Financial Services Group, was renamed Ant Group in July this year, before it announced plans to seek dual listings on the Science and Technology Innovation Board, or STAR market, of the Shanghai Stock Exchange and on the Hong Kong Stock Exchange.

The group is essentially a financial services provider, not very much different from commercial banks and microcredit institutions, despite its operations being based on advanced information and communication technologies. It has also come up with a slew of innovative financial solutions, such as the Scalable Open Financial Architecture Stack, as well as financial products including the cash management tool, Yu'ebao.

Whether it should be treated as a tech company and listed on the STAR market, with IPO prices ten times or more than traditional financial service providers on the main board, while being able to get away from the stricter scrutiny of the financial watchdogs, has drawn heated debate, even among authorities.

As the group cleared the last hurdles before listing, some factors of influence were changing.

The alert from the IMF

As Ant geared up for the final preparations of its dual listing, an International Monetary Fund (IMF) team was conducting virtual discussions with China's government and central bank officials, assessing the country's economic and financial developments and policies.

It also advised that "exceptional financial support measures to avoid a credit squeeze should be replaced with proactive efforts to address problem loans and strengthen regulatory and supervisory frameworks. A comprehensive bank restructuring framework will lower systemic risks and continue de-risking."

This is not the first time the IMF has issued such warnings. Over the past few years, the organization has been reminding China of systemic risk in the banking sector, naming shadow banking as a major threat to the country's financial system, as "the use of leverage and liquidity transformation in risky investment products remains widespread, with risks residing in opaque corners of the financial system." A spate of defaults in China's P2P lending sector in recent years have sounded the warning alarms. 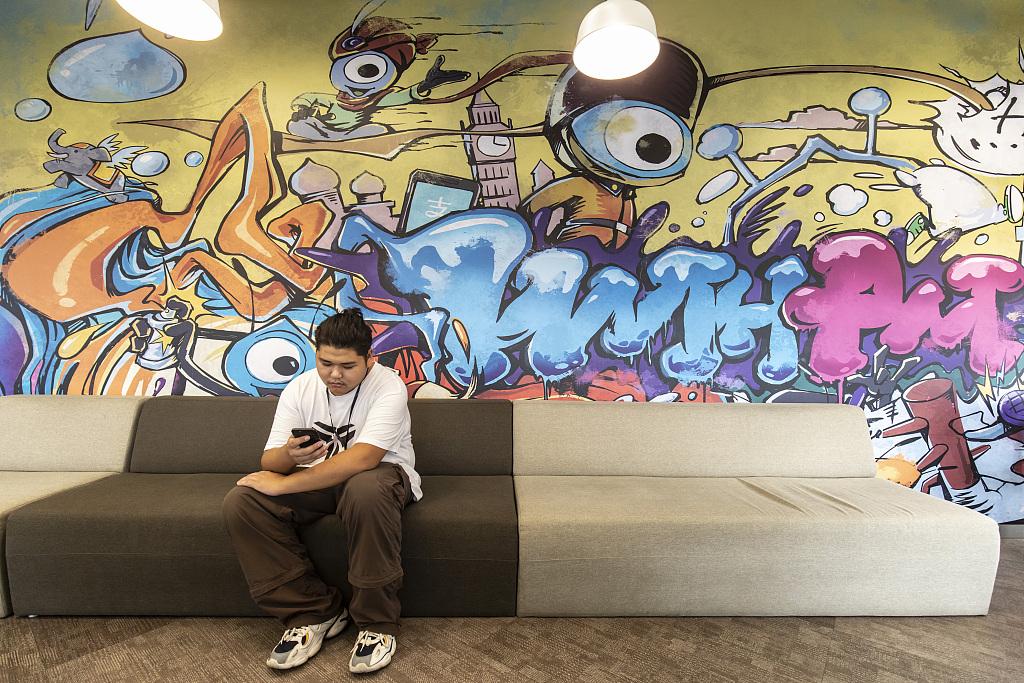 An employee sits in front of a mural at the Ant Group Co. headquarters in Hangzhou on September 28, 2020. /CFP

An employee sits in front of a mural at the Ant Group Co. headquarters in Hangzhou on September 28, 2020. /CFP

Coinciding with the IMF's virtual discussion, China's top financial authority, the Financial Stability and Development Committee under the State Council, held a meeting to discuss development plans for China's financial sector over the next five years and longer-term. It stressed that China should "not only encourage innovation and promote entrepreneurship, but also strengthen supervision, and comprehensively incorporate financial activities into supervision according to law to effectively prevent risks."

After the meeting, on the same day when Jack Ma was summoned by authorities, the China Banking and Insurance Regulatory Commission, along with the People's Bank of China, the central bank, started seeking public opinion on the interim measures for the administration of online small lending to regulate over 200 microcredit companies in the country's shadow banking sector.

The pause on the brink of a precipice

Although Ant Group doesn't deem itself as a bank, it's literally part of the shadow banking system. In the first six months of this year, microcredit accounted for some 40 percent of its total revenue.

While engaged in banking businesses, Ant, unlike traditional banks, has been subject to almost no regulatory constraints in terms of such respects as loan-to-deposit ratio, capital adequacy ratio, and non-performing loan ratio. Without proper thresholds, its lending activities could accumulate higher risks to the financial system, let alone its financial derivatives products with tens or even 100 times leverage.

Given all the development, the halt on Ant Group's listing doesn't seem unreasonable. Jack Ma's speech in Shanghai only gave regulators more reason to hit the brake.

As the controlling shareholder of Ant, Ma's attack on the Basel Accords, which were composed based on the bitter lessons learnt from previous financial crises, and his preference to credit ratings, which played a key factor contributing to the 2008 financial crisis, indicate his appetite for risk. Where he will take the group is unimaginable. If such a company can float on the market as a tech firm, escaping all the closer scrutiny of financial regulators, it will set a bad example and leave investors exposed to greater risks.

The suspension, with the aim of maintaining the long-term healthy development of China's capital market and protecting the interests of investors, did come at the last minute. But it's in line with the country's Securities Law.

When the group returns for an IPO with enhanced transparency and adjustments in accordance with the regulators' requirements, in the long term it will better serve the interests of more investors, as well as ordinary consumers and small-and-medium-sized firms, just as Jack Ma had hoped Ant Group could do.