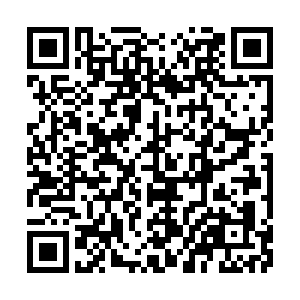 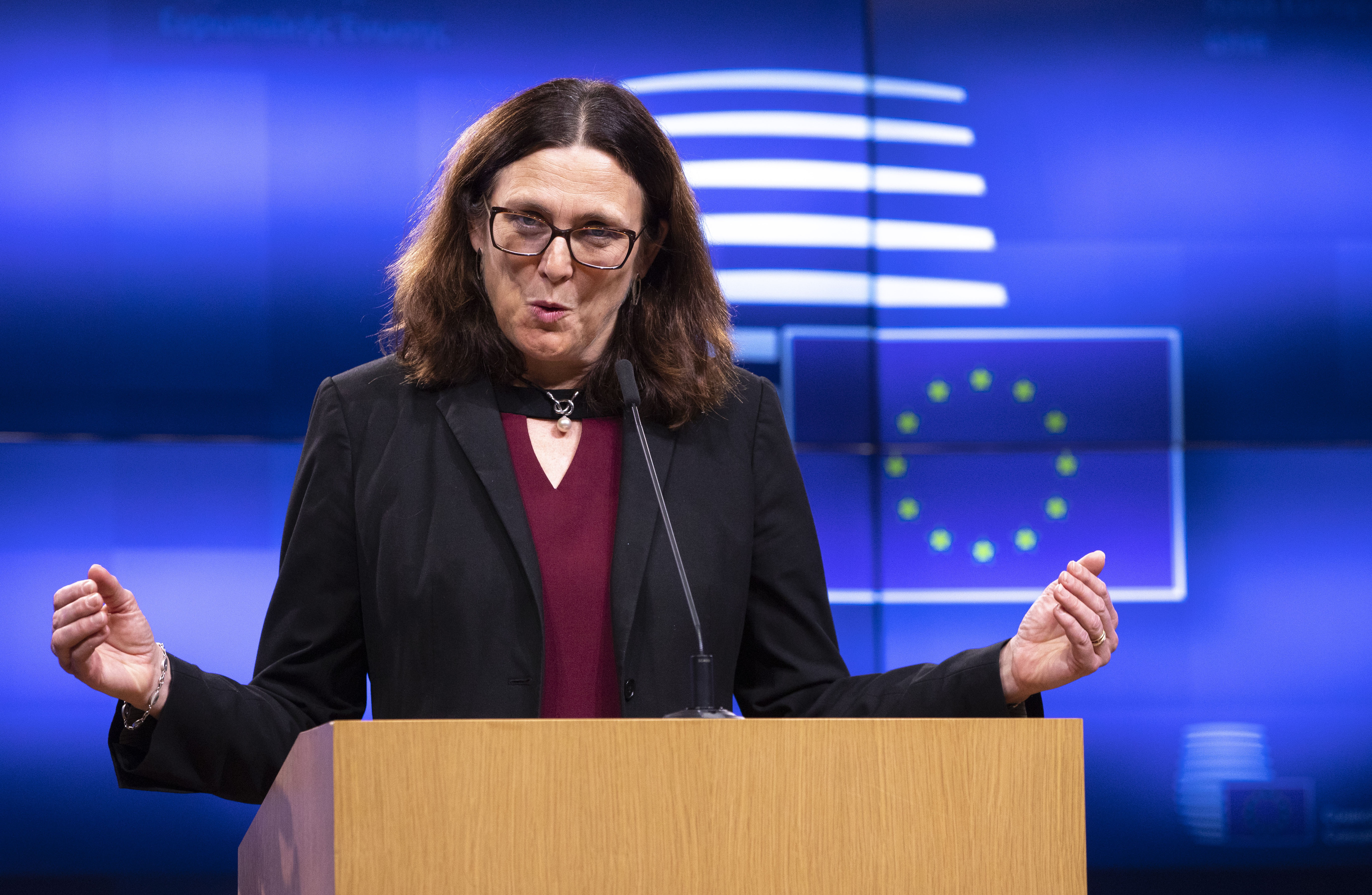 European Commissioner for Trade Cecilia Malmstrom speaks during a media conference after an informal lunch of EU trade ministers at the Europa building in Brussels, October 1, 2019. /AP

European Commissioner for Trade Cecilia Malmstrom speaks during a media conference after an informal lunch of EU trade ministers at the Europa building in Brussels, October 1, 2019. /AP

The European Union is poised to move next week to impose tariffs on $4 billion of U.S. imports in retaliation for U.S. subsidies to planemaker Boeing, EU diplomats said, teeing up an eleventh-hour showdown with U.S. President Donald Trump.

A majority of EU governments have backed imposing the widely expected tariffs once EU trade ministers meet next Monday - the latest twist in a transatlantic trade saga that has spanned 16 years and four U.S. presidents.

Washington argues there is no legal basis for EU tariffs because underlying subsidies to Boeing have been repealed. European officials argue it is only the World Trade Organization (WTO) that can decide on compliance and that last month's green light stands.

Both sides accuse the other of failing to obey WTO rulings but are seen as determined to maximize their positions ahead of probable negotiations.

Brussels views its tariffs - authorized by the WTO last month - as important leverage in negotiations to end a dispute that began in 2004.

"I would expect the tariffs to be imposed next Tuesday or Wednesday," an EU diplomat said.

In October 2019, Washington imposed tariffs on Airbus planes and other European products from cheese to olives and single-malt whisky. Combined, the two cases represent the world's largest-ever corporate trade dispute.

After holding off on tariffs to avoid clashing with the U.S. presidential campaign, EU governments formally cleared tariffs on Tuesday, Election Day, but must now decide their timing.

Democratic presidential candidate Joe Biden is edging closer to victory in the U.S. election, but Republican Trump would remain president until January 20 and has plenty of leeway to increase U.S. tariffs on Europe that were imposed in a parallel case over subsidies for Airbus.

Tariffs will hit U.S. planes and parts, fruits, nuts, and other farm produce, orange juice, some spirits, and other goods from construction equipment to casino tables, diplomats said.

The European Commission said it was fine tuning what it regards as its retaliation rights in case no agreed solution could be found with Washington, including an immediate suspension of U.S. tariffs.

Lighthizer's office had no immediate comment. One senior U.S. source said Trump was not expected to feel constraint about expanding U.S. tariffs, even if he loses the election.

The United States is authorized to impose tariffs on $7.5 billion of European goods, but has not used the whole quota. It could raise duties on various goods or expand the target list.

Chris Swonger, president and CEO of the Distilled Spirits Council of the U.S., said any EU tariffs on spirits would further devastate an industry that has already seen a 41 percent drop in U.S. whisky exports to Europe due to previous EU tariffs.

European producers have voiced similar complaints about U.S. tariffs. Politicians on both sides of the Atlantic are under mounting pressure to prevent the aircraft feud hurting other industries.

New EU tariffs will also hand Britain, which left the bloc this year, delicate decisions about whether to join neighbors in imposing tariffs at a time when it is caught between trade negotiations with both the United States and the EU.

Britain, a partner of France-based Airbus, has pledged to "keep all options open."