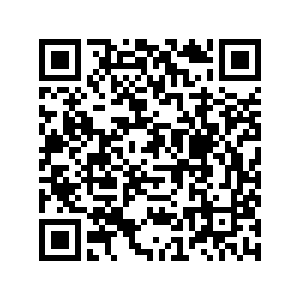 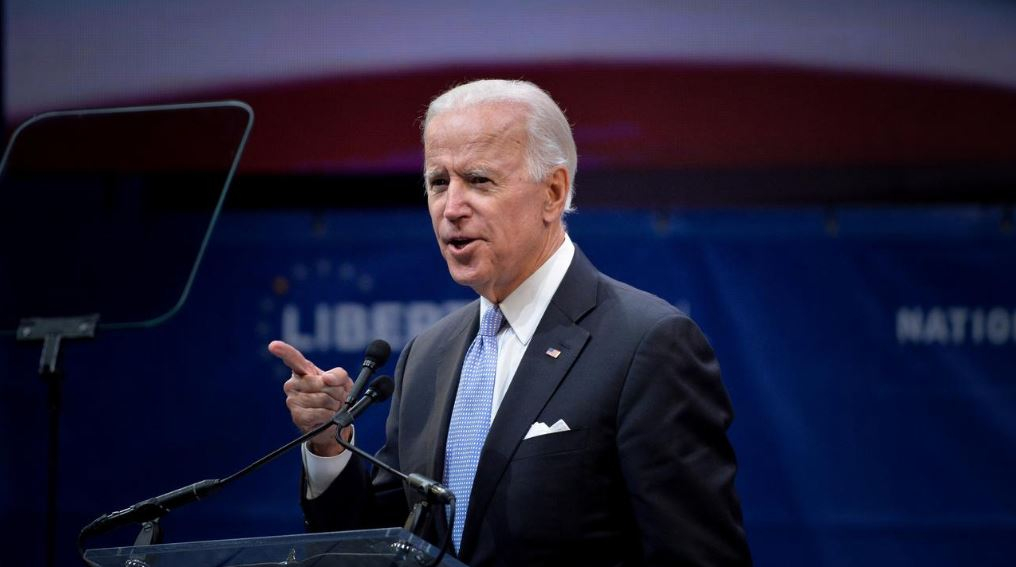 Joe Biden's victory reminds me of what President Richard Nixon said to the media upon losing the governorship of California: "You won't have Dick Nixon to kick around anymore." It may not be the last we'll hear from President Donald Trump, but we'll hear a lot less as time goes on.

Surprisingly, I'll truly miss Trump's misguided presidency in several respects. The relative quiet will be deafening. No more 25,000 confirmed lies. No more treating the White House as a family profit center. No demeaning China and Asians with talk of the "kung flu." No more changing policies or key staff faster than a Sichuan magician changes face masks. Biden's administration would, by comparison, likely be so normal. Policies promise to be professionally developed and thoroughly vetted, not by lackeys but by competent experts.

This reversion to normalcy began behind the scenes months ago. Every modern U.S. president except Trump has had a transition team operating concurrently with the election campaign to develop policy positions on critical issues to hit the ground running from day one. Biden's team of more than 2,000 experts has been doing exactly this for months.

It's no surprise that a top focus is China-U.S. relations with a host of familiar topics including economic relations, intellectual property rights, trade, cyber- and national-security, arms control and defense, South China Sea, and Taiwan. Unquestionably, serious disagreements will continue and need to be urgently addressed, but I believe from my experience in Washington and Beijing that they will be handled professionally by both sides, resulting not only in reducing some of the heat we've felt for the last four years, but also in increasing the light that went missing as well. 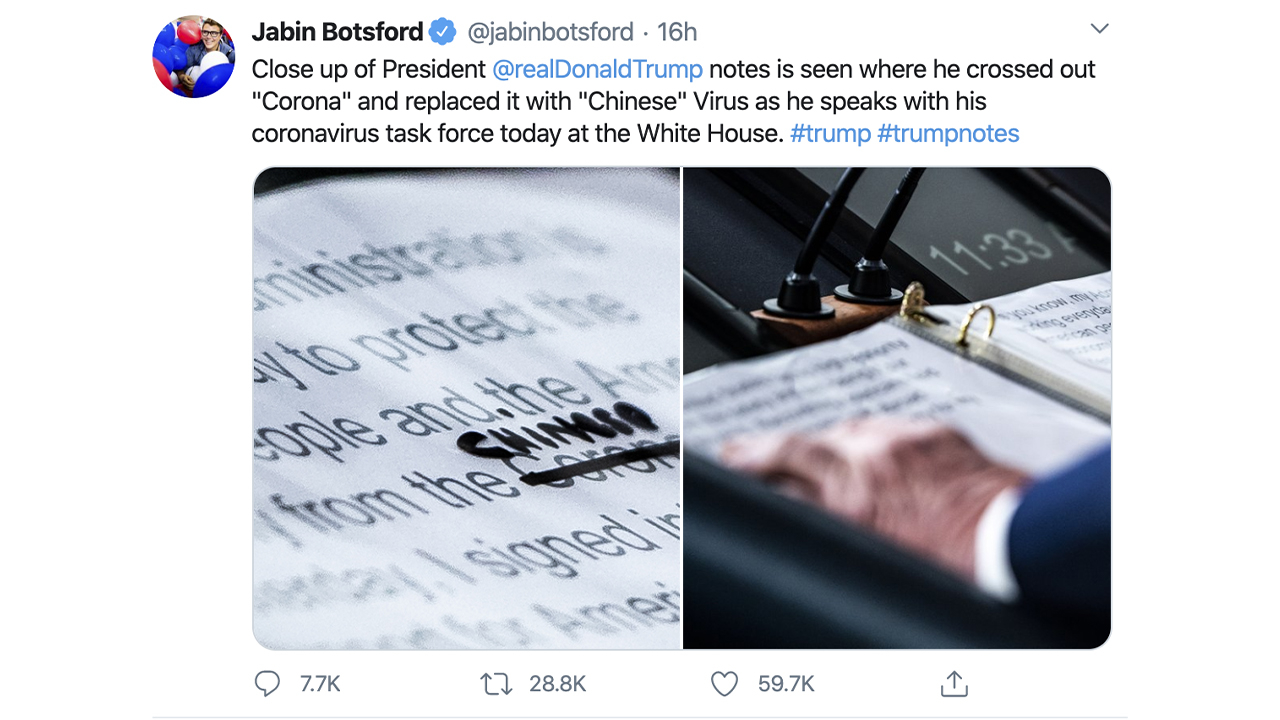 Concurrently, the transition team has to help fill 4,000 positions from cabinet level on down as soon as possible. Obviously, the most senior should be experienced experts, who hopefully serve for the duration of Biden's presidency. This would be in sharp contrast to Trump's turnover which a Brookings expert characterized as "off the charts" compared to his predecessors, not to mention that expertise was the exception, rather than the rule. Indeed, Trump's senior appointees have come and gone so quickly, in as little as six days, and the revolving door of those coming and going has spun around so rapidly that the immense wind from it could have vanquished even the worst heat and humidity of a Beijing or Washington summer.

As protocol dictates, world leaders will be sending messages of congratulations to President-elect Biden. The most important leaders, such as Chinese President Xi Jinping, will likely have conversations with Biden by phone or teleconference. The current transition period to the new Biden team could represent the best time for a reset and new beginning.

My hope is that both China and the U.S. could agree to some degree of a reset and schedule a bilateral summit within 100 days of Biden's inauguration. Such a summit could engage in several confidence building measures where national interests overlap. On thornier issues, they could set up working groups and find areas of agreement.

Hopefully, the discussion would include the one thing that could most help reset China-U.S. relations: reversal or re-examination of the U.S. extradition case against Huawei CFO Meng Wanzhou, currently being detained in Vancouver for two years for alleged committing fraud in conjunction with violations of U.S. sanctions against Iran. This clear case of politically inspired selective prosecution was a ham-handed and foolhardy political hatchet job carried out in the most gauche of diplomatic tastes the very day presidents Trump and Xi were meeting over dinner at the G20 in December 2018 to discuss resolving Trump's unilateral trade war. 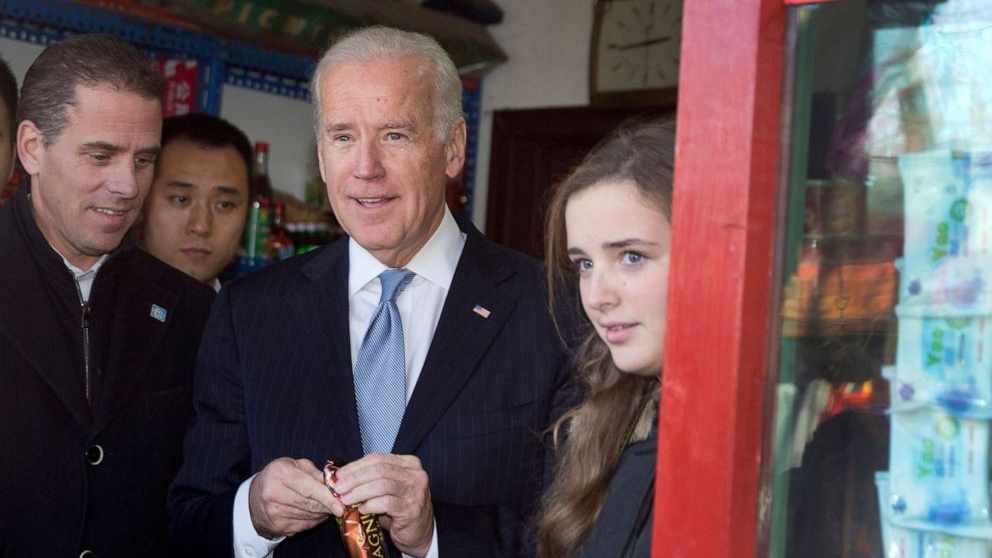 Former U.S. Vice President Joe Biden buys an ice-cream at a shop as he tours a hutong with his granddaughter Finnegan Biden and son Hunter Biden, in Beijing, China, December 5, 2013. /AP

Former U.S. Vice President Joe Biden buys an ice-cream at a shop as he tours a hutong with his granddaughter Finnegan Biden and son Hunter Biden, in Beijing, China, December 5, 2013. /AP

Some might argue that such a move might make one or both leaders look weak. But to the contrary, it makes both stronger. Issues that festered and have been exacerbated under Trump's watch have led us closer to decoupling as well as to an irreversible catastrophe. They require muscular leadership to reverse while there's still time.

During President Obama's term, China and U.S. were able to forge productive relationship, leading to the approval of the Paris Climate Agreement. Trump withdrew from it as one of many anti-environment actions. President Xi announced at the UN General Assembly in September that China would be carbon neutral within four decades. Candidate Biden also strongly campaigned on behalf of the environment. This is an issue where our national interests clearly intersect and as the world's two biggest economies can together exercise leadership to prevent a climate calamity.

Similarly, the world is by no means free of the COVID-19 pandemic. China, the U.S. and some other nations have promising vaccines in Phase III clinical trials. The UN COVAX incubator, of which China is the largest economy, has others in development. Trump pulled out of the WHO in the heat of the crisis and later called it "corrupt" while China has pledged to make vaccines "global public goods." Not only are China and the U.S. in the best positions to lead during the current crisis, but also to exercise global leadership to prevent the next deadly viruses that scientists assure us are on the way.

For much of this current century, our two countries wisely had institutionalized bilateral high level dialogues on critical topics. Trump discontinued them. It's no surprise that vitriol on both sides rose, along with tempers, and that now we are in a cold war-like environment. These strategic dialogues should be resumed at the earliest possible moment. When people engage with each other in good faith, the chances for mutual understanding increases at the same time the chances for conflicts get reduced.

We're at a critical juncture in world history now. There's a brief window of opportunity to re-evaluate and to reset our frayed bilateral relations. Carpe diem, seize the day!