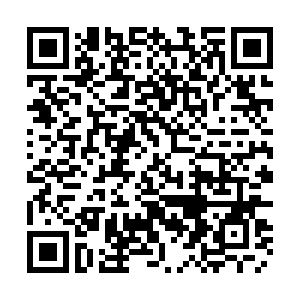 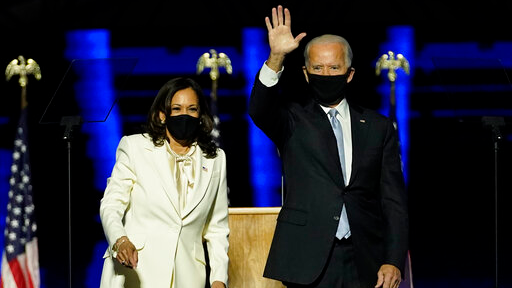 Polls closed across the United States as the much-anticipated 2020 presidential election draws to a close and transitions into its probably more interesting second act.

President Donald Trump claimed a false early victory to sow doubt over the final election results in favor of his opponent Joe Biden. The race was much closer than Democrats would have liked and it revealed some important things about American civil society.

The so-called "Blue Wall," a working class bastion in the Midwest disaffected by the loss of manufacturing jobs through the latter half of the 20th century until now, turned out to be – just as in 2016 – a decisive factor in this election. These states' pivot to Trump in 2016 was unexpected, but their repositioning to Democrats is a testament to the complex politics of this new political era.

Despite this surge, Democrats are licking their wounds from an underperformance among Latin voters in Florida, which is owed to a large population of Venezuelan and Cuban Americans in the Miami area. This may exacerbate internal disagreements among Democrats over the party's key positions on major issues, such as health care and tackling climate change.

In general, the race turned out to be a nail biter to the bitter end. Despite a pandemic that killed hundreds of thousands of Americans and a record economic collapse, Trump put up a formidable fight. There is no question that the Electoral College voting system must be revisited, but it should never have been this close.

It's clear that without the pandemic, Trump would have handily defeated his Democratic challenger. According to exit polls by Edison Research, Trump won 82 percent of the electorate that placed the economy as its animating issue and split with Biden over voters who care most about a president who "cares about people like me." This shows the weakness of the Democrats' economic message, which could have been transformative but instead remained deflating.

Further proof of this lies in the fact that Florida turned toward Trump and also overwhelmingly supported a ballot measure to raise the minimum wage to $15 an hour – over twice the federal minimum wage – which has long been a key part of the progressive movement's platform.

It's also clear that any hope of the "moderate Republican" can be thrown out the window as apparently a huge share of the country has totally lost it. Even with current and former top Republican officials and public figures endorsing Biden, and groups such as the Lincoln Project dumping millions into Republican outreach, 93 percent of Republican voters went for Trump – up three points from 2016, according to exit polls.

If this wasn't already telling, according to those same polls, 48 percent of voters somehow believe that the U.S. government's coronavirus response is going very or somewhat well, despite the fact that over 230,000 Americans are dead and the virus is uncontrolled. Nearly 30 percent of voters believe that climate change is not a serious issue even though the country is still coming out of a season of natural disasters, including hurricanes and forest fires. 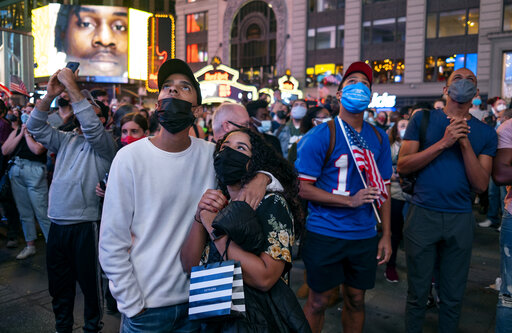 People in New York's Times Square look up at a monitor as President-elect Joe Biden addresses the nation, November 7, 2020. /AP

People in New York's Times Square look up at a monitor as President-elect Joe Biden addresses the nation, November 7, 2020. /AP

This only shows a nation deeply divided, and President Biden will have to deal with this large swath of adults who are unflinching in the face of facts and undeterred in their false convictions no matter the cost. A wave of extremist activity is likely to ensue that will only be amplified by Trump's patently false claim that he won the election and that it's been stolen.

Serious structural challenges will also face President Biden. The added weight of a conservative-stacked Supreme Court after the inauguration of extremist Justice Amy Coney Barrett will be a huge hurdle for Biden to reckon with, and he already appears unwilling or unable to find a way to circumvent the courts to push through a progressive agenda.

In Congress, Democrats managed to reclaim their House majority with some losses but the Senate will likely stay under Republican control, which will prove to be an insurmountable obstacle for Democrats following inauguration as Republicans are expected to continue their obstructionist platform.

Even if Republicans lose the runoff races in January or lose a majority in the midterm elections in 2022, the Senate filibuster will make legislation impossible without a commanding Democratic supermajority. Republicans will do everything they can to gum up legislation in order to stifle the country's economic recovery to ensure this won't happen.

The only possible bright side is that with Biden elected the next administration is going to be far more competent at basic governance. It means that Americans may finally see the light at the end of the coronavirus tunnel and the world can expect more stability coming from Washington in foreign relations.

But at the end of the day, the election results will be a boon for Wall Street and big business who will only continue to profit during Washington's gridlock in that place beyond the law where the public has no power. Average Americans will be left behind like they always are.

It was clear by the end of this campaign season that the wealthy class would be undeterred from the results of the presidential election and instead focused its energy on Congress to further weaken what might have been an activist government.

Several key business interests also understood they had little to fear. For example, military contractors have always been left assured that the expansion of America's military spending, and thus their bottom line, would transcend party lines.

We now see the full picture that America is far more divided than ever thought possible. A serious swath of the electorate is living in a horrifying world devoid of facts and reason, and extremists are emboldened to a terrifying degree. A startling amount of American voters are unable to connect the dots between their miserable material conditions and the politics that led to this point. And in terms of hard policy, any major legislation for at least the next four years is virtually guaranteed to go nowhere.

As for Trump, his loss was a clear referendum on his handling of COVID-19 and it is a vindication – even if one that may not amount to actual justice – for those hundreds of thousands of Americans that died under his watch. Had he taken the situation more seriously, he probably would have cruised his way into a second term; instead, Trump will have to reckon with the consequences of his actions for the first time in his life.