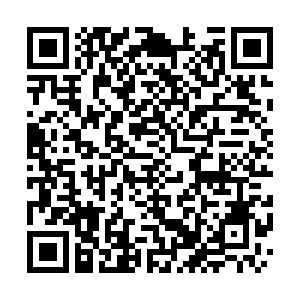 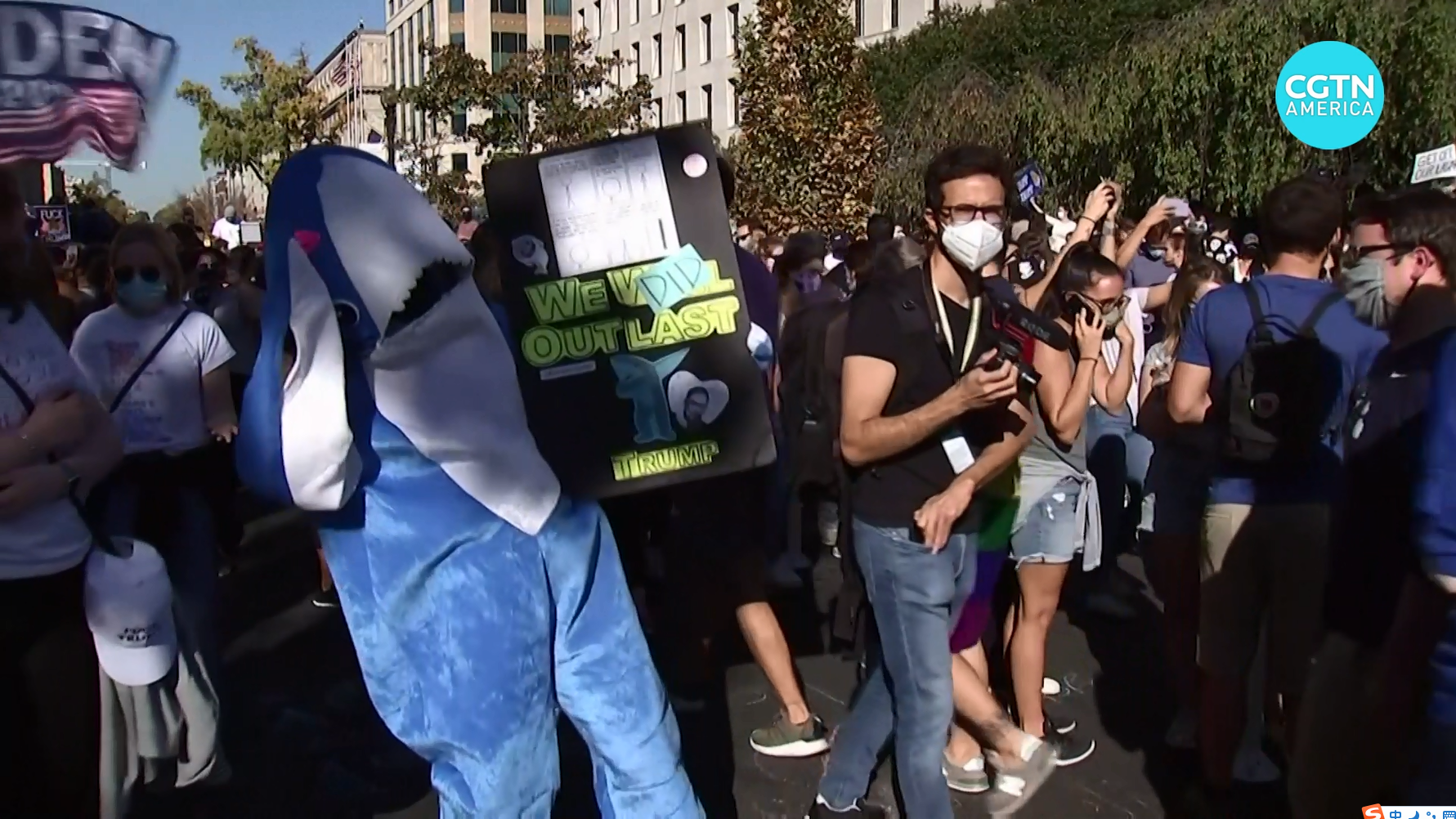 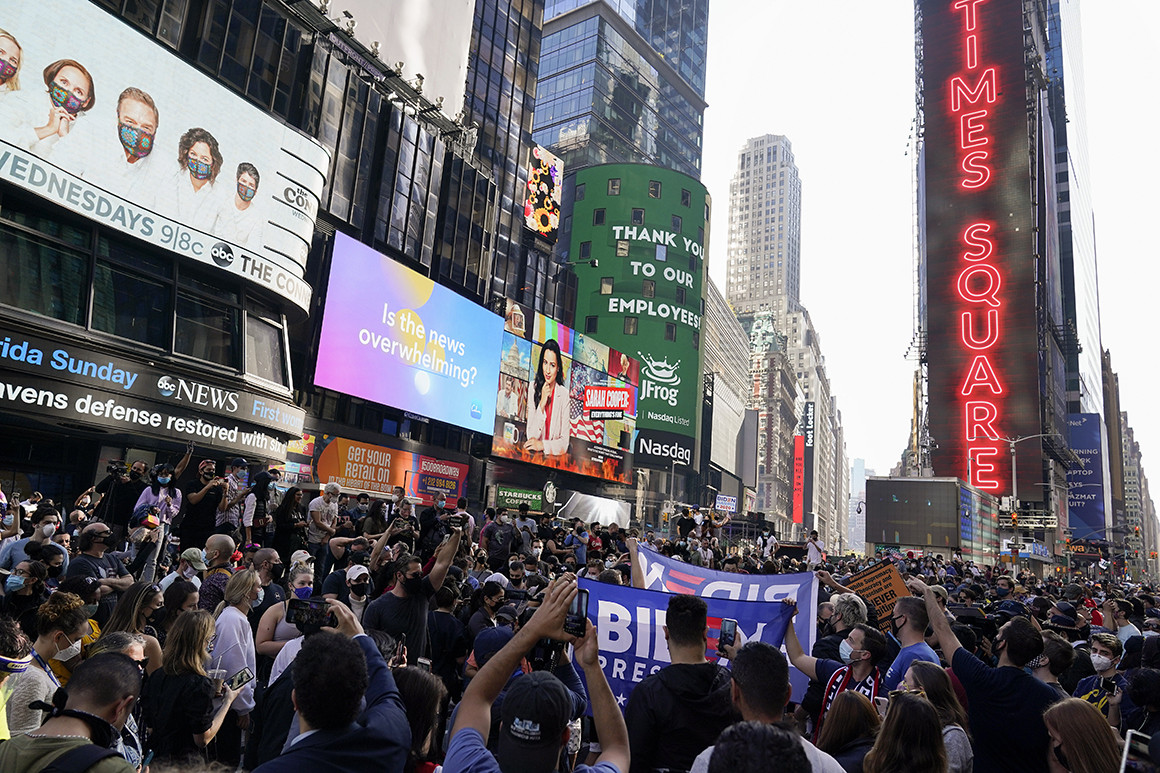 People celebrate in Times Square after former Vice President Joe Biden was announced as the winner over President Donald Trump to become the 46th president of the United States. /AP

People celebrate in Times Square after former Vice President Joe Biden was announced as the winner over President Donald Trump to become the 46th president of the United States. /AP

The sparked celebrations in cities spread across the country, including many of the places that swept Biden into the White House.

Biden supporters flooded into the streets from New York to Miami in the East, and Denver and Austin in the West. Crowds packed into the streets in front of the White House at Black Lives Matter Plaza in Washington D.C. The streets nearby also filled with people shouting, banging pots and pans, and sitting on top of cars and holding their fists out the window.

In nearby Dupont Circle, several hundred people formed a parade, playing music, singing and dancing, and marched toward the White House to the sound of honking horns and clanging cowbells. Streets were closed to traffic as Biden supporters marched with an assortment of LGBTQ, Black Lives Matter and American flags. Some carried a giant balloon of Trump in the shape of a rat. 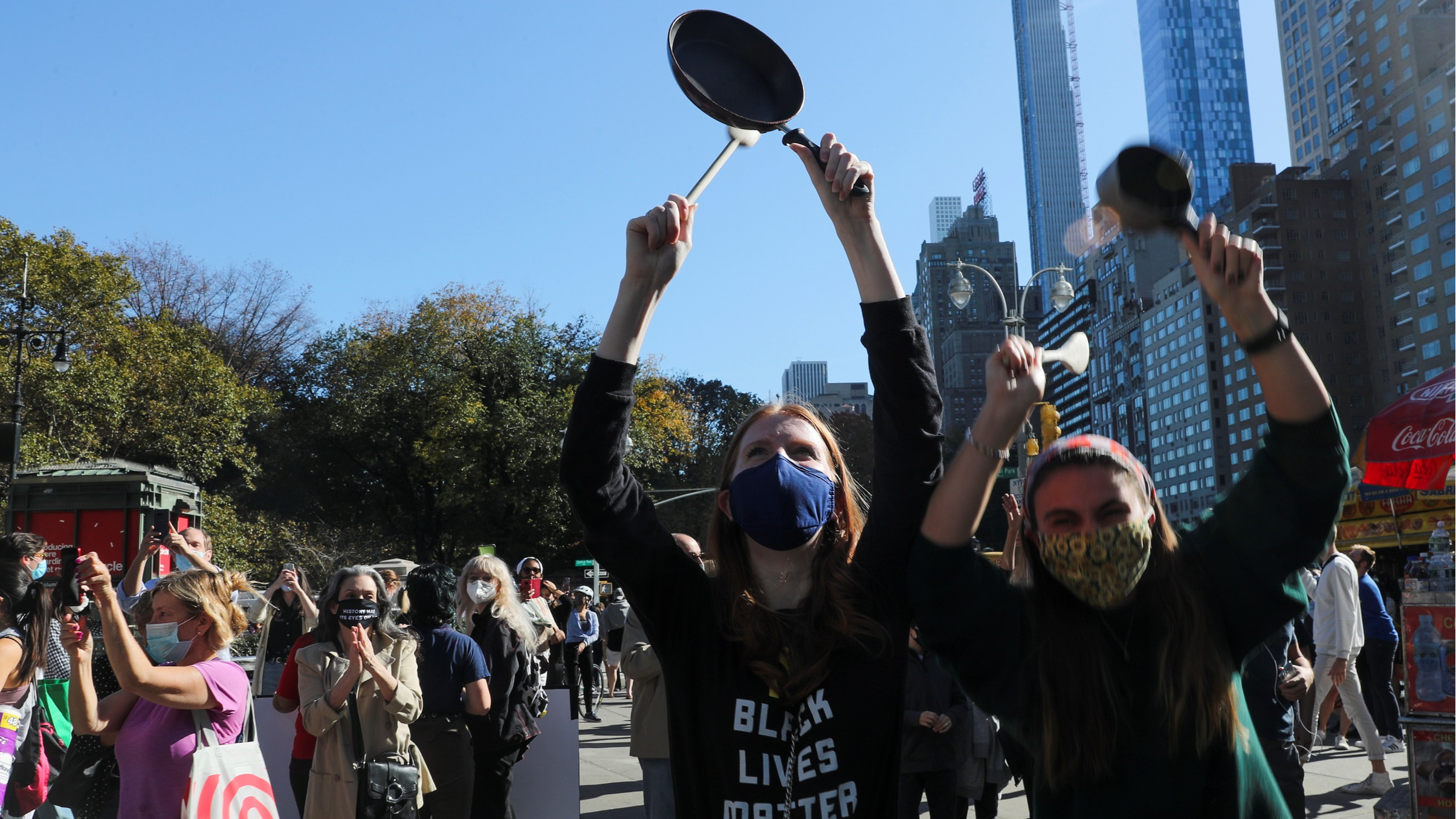 People in Manhattan celebrate as Joe Biden was projected to win the 2020 U.S. presidential election. /Reuters

People in Manhattan celebrate as Joe Biden was projected to win the 2020 U.S. presidential election. /Reuters 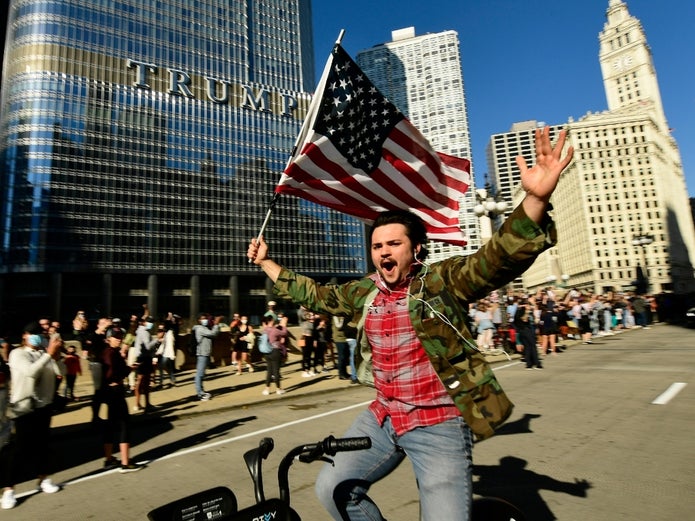 A supporter of President-elect Joe Biden celebrates while riding his bike outside Trump Tower in Chicago. /AP

A supporter of President-elect Joe Biden celebrates while riding his bike outside Trump Tower in Chicago. /AP

On Pennsylvania Avenue, a steady stream of celebrants made their way in front of the Trump Hotel, occasionally stopping to stick up their middle fingers at the hotel, wave "bye-bye" or mock the president.

"Na-na, na-na-na-na, hey-hey, Good-bye," sang one impromptu crowd. Many stopped to pose with two posters someone had left in front of the hotel that said: "don't be a sore loser,"and "face reality."

In Chicago, growing crowds have gathered to celebrate outside Trump Tower. There was cheering and ringing bells while cars honked driving by, some people hanging out their car windows with Biden-Harris signs. People began popping champagne.

In Delaware, loud cheers erupted in the halls of the hotel where Biden aides are staying. "Worth every minute (of the wait)," a Biden aide said. Campaign staff exchanged elbow bumps and air hugs in the hotel lobby.

In Atlanta, shouts, cheers and fireworks rang out in the Democratic stronghold of East Atlanta Village as word spread that Biden was named the winner. 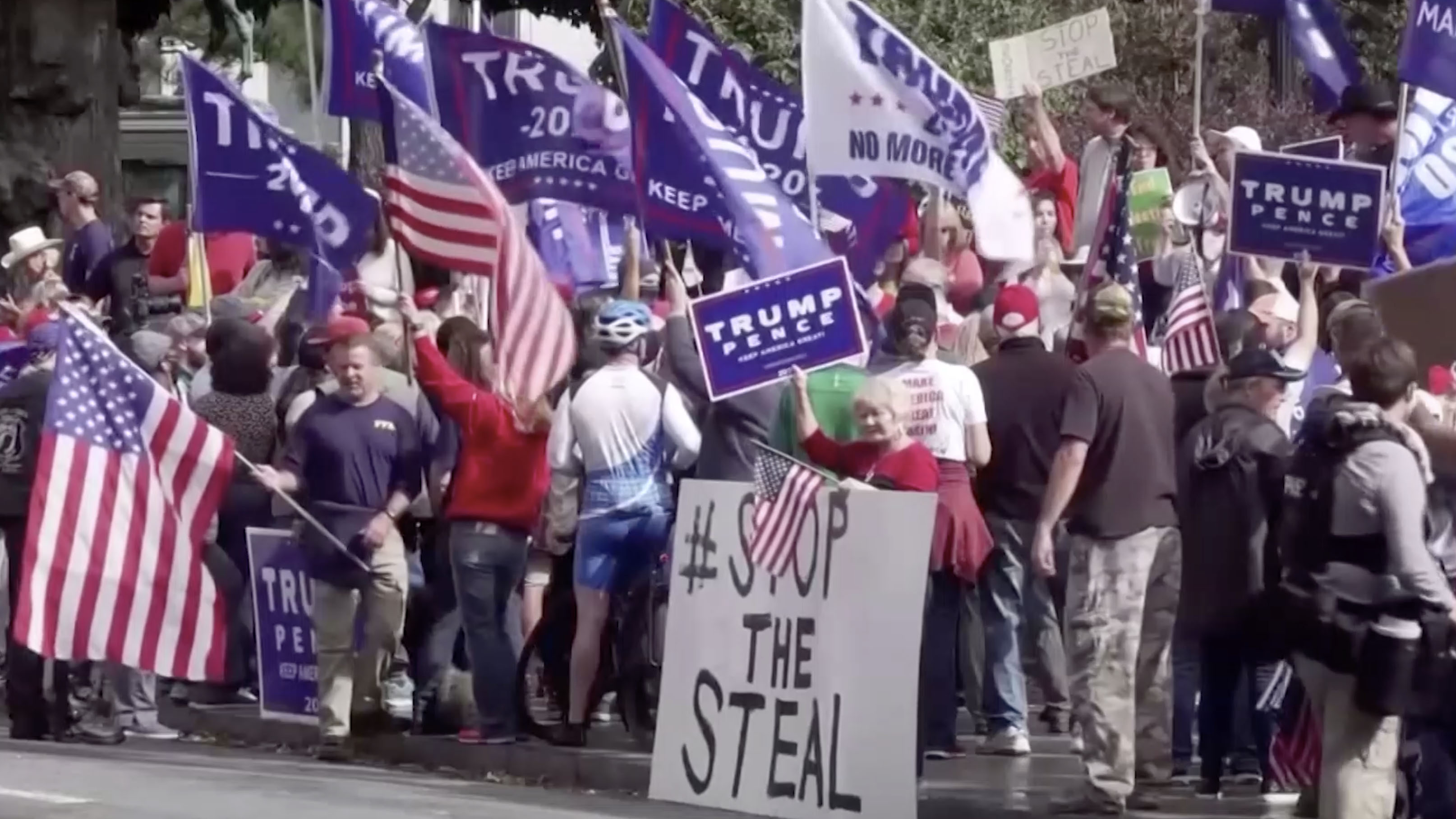 But some in Trump's camp also turned out to show that, for them, the election was not over.

In Harrisburg, Pennsylvania, the state that put Biden over the 270 Electoral College votes he needed for victory, about 100 pro-Trump "Stop the Steal" protesters demonstrated in front of the State Capitol building, facing off against about the same number of Biden supporters.

Hundreds of Trump supporters gathered on the steps of the Michigan State Capitol in Lansing on Saturday, waving Trump-Pence flags to shouts of "This is not over" and "We will be here forever."

At the Arizona State Capitol in Phoenix, tensions were running high as supporters of the Republican president, some carrying firearms, showed up by the hundreds, chanting "Trump won" and "We will win in court." They blamed the media for declaring Biden the winner.