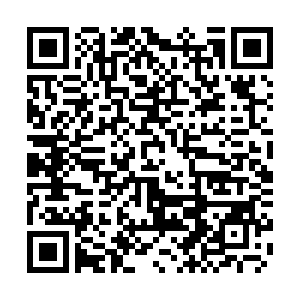 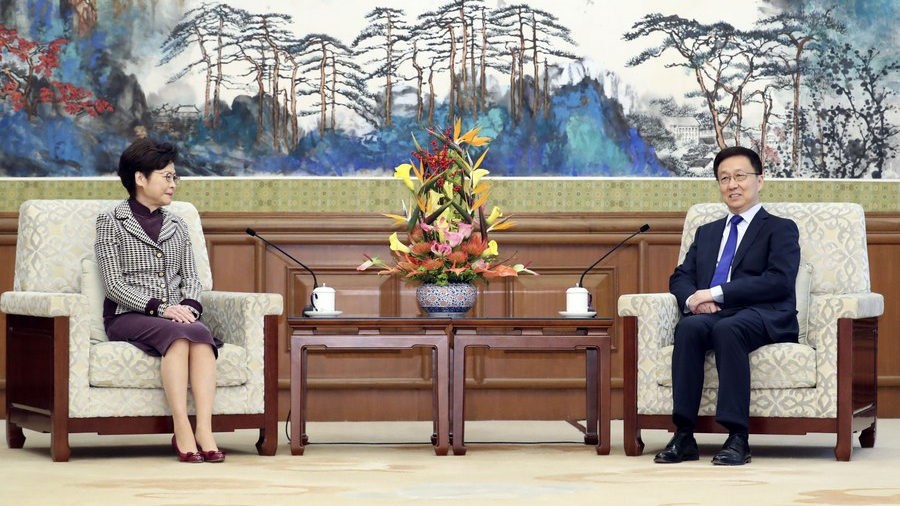 On November 6, Vice Premier Han Zheng met with Chief Executive of the Hong Kong Special Administrative Region (HKSAR) Carrie Lam, who was in Beijing for a five-day trip having policy talks with various Chinese ministries.

According to reports, Han said he had noticed that the HKSAR government under Lam has "overcome all kinds of difficulties and dealt with challenges" in the past year.

Particularly, Han praised Lam's administration for its dealing with the COVID-19 pandemic, improving the economy, and enforcing the central government's directives.

Han asked Lam and her team to continually improve Hong Kong people's livelihood, implement the national security law for the HKSAR, and promote the territory's integration with the Greater Bay Area. Moreover, Han called on the Hong Kong SAR to make good use of the city's advantages and seize the opportunities encompassed by the country's 14th Five Year Plan.

Without any doubt, the meeting includes two themes significant to Hong Kong residents, which are, therefore, worth investigating from a wider perspective.

First, the meeting stresses how important stability means for Hong Kong. Since the COVID-19 pandemic is the biggest threat to the city's stability, for now, bringing the pandemic under control is the top priority for Hong Kong at the moment.

Han called on Hong Kong SAR to tackle COVID-19 "head-on" and pledged that Lam's team will have the central government's full backing to accomplish the goal so that the stability of Hong Kong society will be resumed.

After the meeting, Lam told the press that her administration will step up testing very soon – visitors arriving from anywhere other than the mainland, Macao, and Taiwan would need to go through the 14-day quarantine. 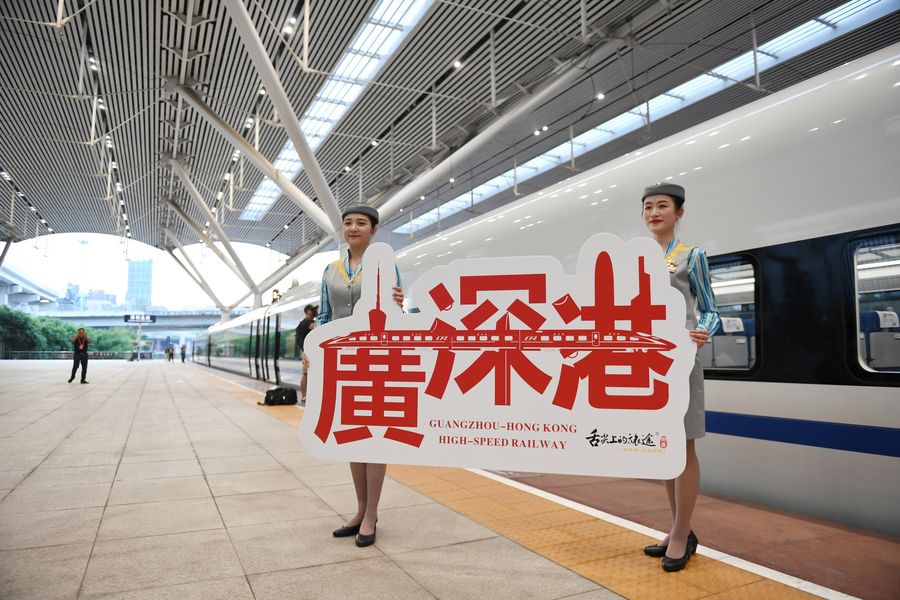 Although the HKSAR Basic Law promises Hong Kong's long-term prosperity and stability at the same time, if the goals contradict, the stability carries more weight. Lam emphasized that economic considerations or Hong Kong people's demands should not be cited as reasons to reopen borders, which in one way or another laid bare the urgency of social stability for the city.

Secondly, the meeting suggested how Hong Kong is to fit into the big picture of China's country building. As reported, Lam and her colleagues had productive discussions with various Chinese ministries and received strong backing from the central government. It suggests that Hong Kong will be more deeply integrated into China's economic mainstream.

Indeed, some leading empirical studies concluded that with the improvement in technical progress acting as the driving force of productivity growth and a great expansion of production capacity of the Chinese mainland, the economic integration of the mainland and Hong Kong had become an inevitable trend.

During the 13th Five-Year-Plan period, the Guangzhou-Shenzhen-Hong Kong Express Rail Link and the Hong Kong-Zhuhai-Macao Bridge, two infrastructure projects facilitating the movement of people between the mainland and Hong Kong, have strengthened not only economic but also cultural and political ties and ultimately increased Hong Kong's integration into the nation.

In his remarks commemorating the 40th anniversary of the establishment of the Shenzhen Special Economic Zone, President Xi Jinping stressed that there should be more cooperation within the Greater Bay Area to attract young people from Hong Kong and Macao to the mainland. With Shenzhen's GDP surpassing that of Hong Kong in 2018, Xi said that Shenzhen should also promote the development of Hong Kong and enrich the new practice of the "One country, Two systems" principle.

The above first point has much to do with social stability, while the second one is closely related to prosperity. Now that the city's prosperity and stability are inextricably intertwined and they both nest within China's development, Hong Kong should spare no effort to continue its integration with the mainland in the years to come.