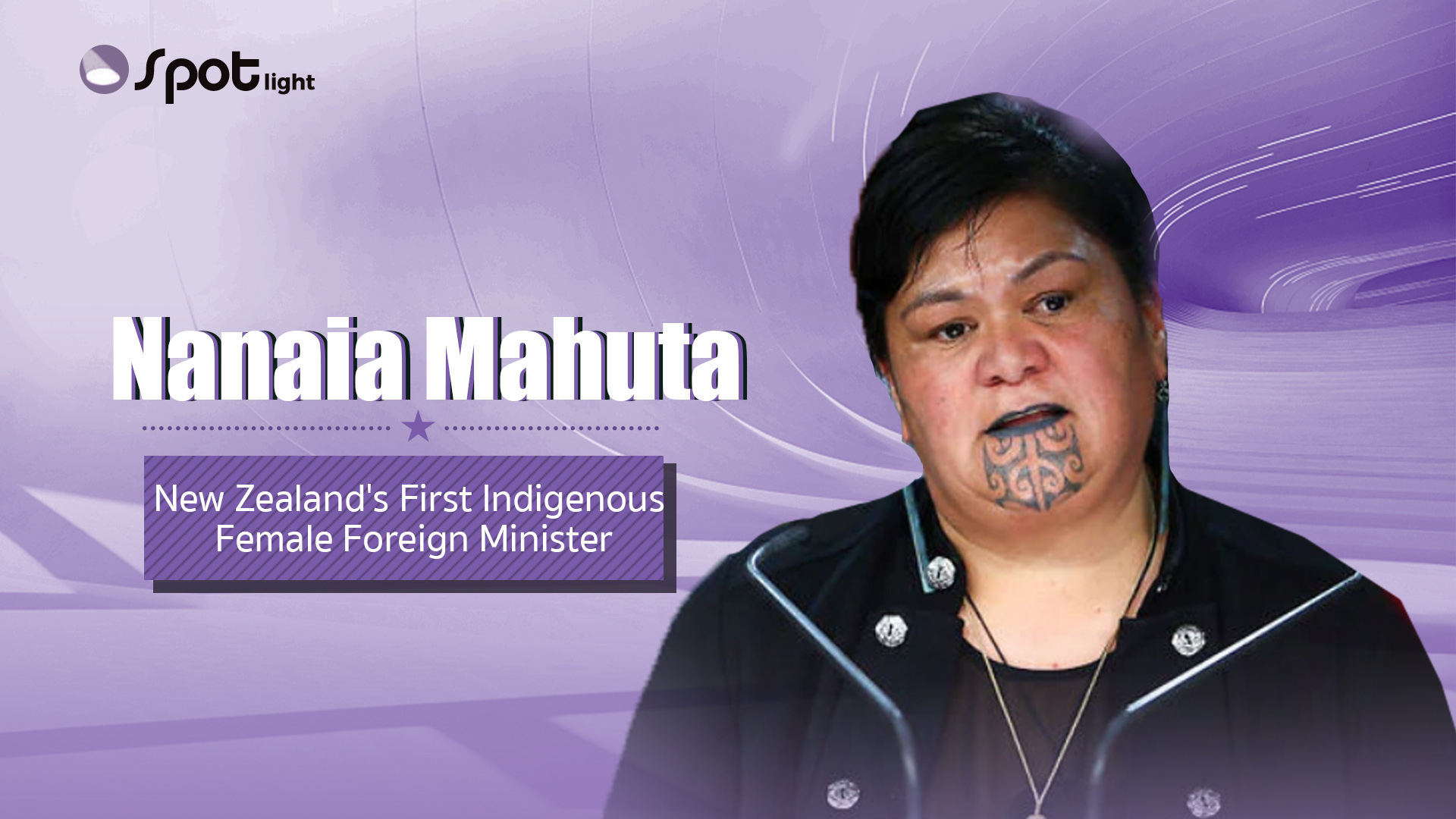 Less than a month ago, when New Zealand's Prime Minister Jacinda Ardern just won a landslide election victory, nobody had thought Nanaia Mahuta, a longtime Maori parliamentarian, was going to be her pick for the foreign affairs portfolio. That appointment caught even the most seasoned political watchers by surprise and also carries great significance for the indigenous population in New Zealand.

Being the first female Maori to assume that role, Mahuta said she was "hugely honored."

"I follow in the line of a long legacy of firsts for women, and I hope that many other women of Maori descent, mixed descent, across New Zealand will see this as lifting the ceiling once again on areas that have been very much closed to us in terms of professional opportunities," she said as she stepped into the office.

The quest for cultural preservation

Mahuta's appointment attracted international media attention. But a prevailing headline focus on her moko kauae, a traditional Maori female chin tattoo she has had since 2016, has drawn denunciation from prominent representatives of the Maori community.

Calling the headlines a "disgrace," Maori Council executive chairman Matthew Tukaki said they have "triggered a wave of hate across social media, referencing the articles and the headlines to then pour hate on someone else."

"The headlines are both offensive and have now been weaponized by racists and keyboard warriors," he added.

Putting aside the controversy sparked by the headlines, Tukaki's remarks did underline a periodic problem that has affected New Zealand's Maori population, for which reports of discrimination against people wearing traditional tattoos in public venues and work places are one of the manifestations. 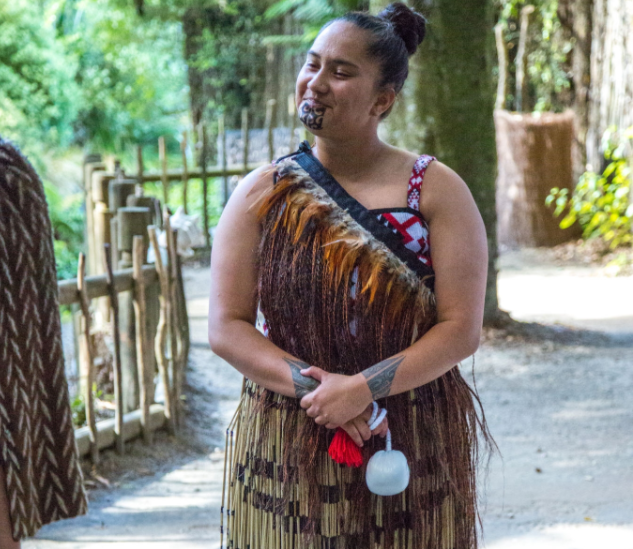 A Maori woman in traditional clothing with a facial tattoo in Rotorua. /Getty

A Maori woman in traditional clothing with a facial tattoo in Rotorua. /Getty

Mahuta, however, is not only among the very few of those carrying facial moko in national politics but also the first to take it to parliament. Stressing numerous times the merits of enabling cultural expression and pride, she has also been a part of the recent resurgence in Maori women receiving the traditional ink, a practice that brings their ancestry, history and status out to the surface.

In taking these steps, Mahuta has encouraged women to display their ancestral heritage while sending a strong message to wider society.

Now serving as New Zealand's new face on the international stage, Mahuta is poised to convey her message to an even broader audience. "The first face that people see at an international level is someone who speaks, looks and sounds like a Maori," Rukuwai Tipene-Allen, a political journalist for Maori Television, told CNN. "Wearing the markings of her ancestors shows people that there are no boundaries to Maori and where they can go."

On her appointment, an array of Maori activists praised Mahuta's highly respected and important role in the Maori community. While not the first Maori to hold an office of such high profile, Mahuta's long and dedicated service in parliament as well as previous governments is a source of inspiration for her people, a population that is overrepresented in the lower rung of New Zealand's workforce. Hundreds of Maori protesters gather to demonstrate against what they say is the disproportionate number of Maori children taken by social service agencies from their families, outside parliament in Wellington, New Zealand, July 30, 2019. /Reuters

Hundreds of Maori protesters gather to demonstrate against what they say is the disproportionate number of Maori children taken by social service agencies from their families, outside parliament in Wellington, New Zealand, July 30, 2019. /Reuters

Daughter of a prominent Maori politician, Mahuta was deeply engaged in and heavily influenced by her father's work. She had the firsthand privilege to witness some of the achievements her father secured. Coupled with her strong links to the Maori King Movement, a fertile ground for her entry into politics was laid upon the young learner.

She was elected to parliament in 1996 and has since worked studiously to advocate for her Tainui electorate. She has also held portfolios including trade, customs, Maori affairs and youth development and was once named by the BBC as one of the top 100 most influential women.

Accompanying Mahuta's 24-year political career is a long list of accomplishments she has made in a rather humble, low-profile style. "I've learned what to worry about and what not to worry about – I don't want to be distracted," she told the Guardian.

Mahuta's political career has not been devoid of challenges.

A member of the Labour Party, she was once caught in a dilemma over her party's push to pass the controversial foreshore and seabed bill, an attempt that was met with fierce opposition by her people as a whole. At first Mahuta stood at the forefront of those opposing the bill, but when its draft was altered twice she then opted to support it. "It seems to me by taking this step the door is open for the electorate of Tainui (one of the Maori tribal confederations)... to work with a government who is committed to trying to get things right. We've all got to start somewhere," she said after making that decision. 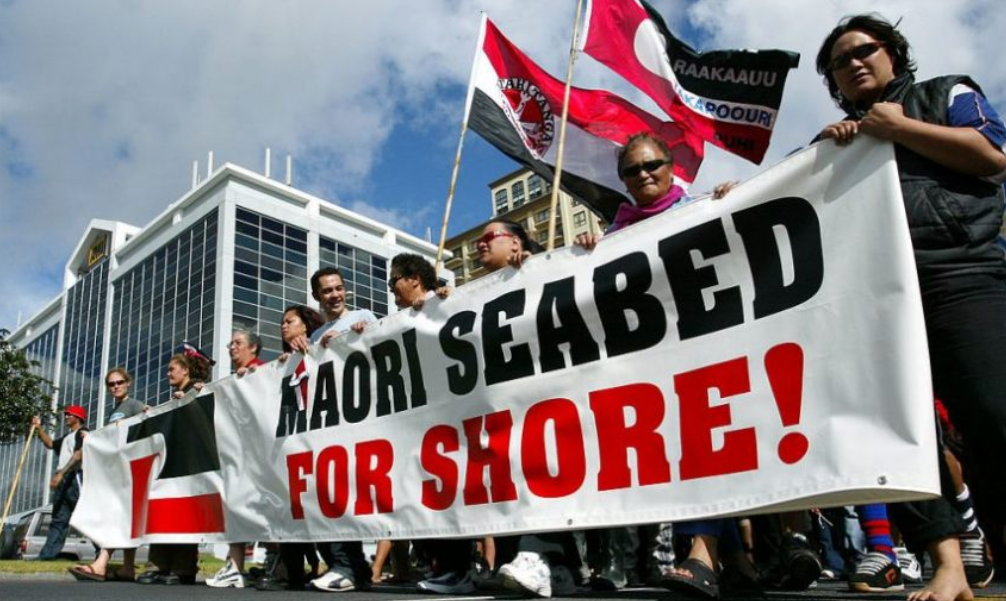 People gather to protest the foreshore and seabed bill. /Getty

People gather to protest the foreshore and seabed bill. /Getty

Though the stance upset her own base, Mahuta emerged as a pragmatist who can see the bigger picture. "Even though that particular act didn't have the support of her iwi I think her iwi and her political place was able to see beyond that," Shane Te Pou, a former Labour candidate, campaign manager and executive member, told RNZ, a New Zealand public-service radio broadcaster.

Mahuta has also navigated the changing relationships between iwi, Maori tribes and her party, which amasses Maori's generations-old support but in recent years has been seen by some to have shunned key issues affecting their community. Nonetheless, Mahuta's firm grip on the support of her electorate has not faded, and that is attributed largely to her role of bridging governments in both local and central levels, a great asset she possessed in promoting future opportunities for her people.

"She is someone who builds fantastic relationships very quickly and that is one of the key jobs in a foreign affairs role," Ardern said when announcing Mahuta's appointment.