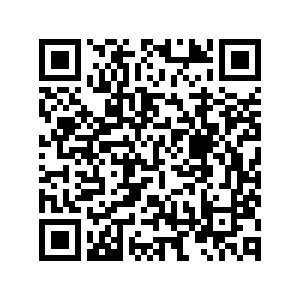 Triggered by the U.S. general election stalemate that had increasingly revolved around votes by mail, a casual lookout for postboxes on Beijing's streets soon ended in slight nostalgia.

A few hours after President Trump threatened to dispute the legality of mail-in ballots, your columnist wandered from the office into a warm autumn afternoon for a break from an already 48-hour-long newsfeed bombardment. As the gentle sunshine eased my tensed nerve, a thought occurred: Isn't it incredible that the future of the world's most advanced economy is contingent upon the marks penned on a paper sheet mailed away with an envelop and stamp?

Dotting Beijing's streets, the usually green shaded postboxes were still very conspicuous during the time when most of the 1980s generation had yet outgrown them. The scene that a toddler in their father's arm thrusting a letter through the slot was common but touching. The excitement around the moment when a postbox was opened to unveil its interior was not dissimilar to when a TV contest reveals the champion: letters flooding out as soon as the door flipped outward felt emotionally rewarding, disappointing if there were only a few sleeping at the bottom – maybe not far from what some may experience in the ongoing U.S. election.

A half-empty box is more likely to be what postal workers expect today, not only in Beijing but also in many more places around the world. Sometimes it could litter that got chucked inside, according to local media reports. The era of posting mail is not behind us yet, but the writing is on the wall. The number of postboxes in the Chinese capital might not have changed from where it stood in 2017 – about 5,000 – but smart gadgets have eclipsed their significance in people's lives.

Letter correspondence is slow compared to "instant messaging." In the 1990s, it could take up to a day for a letter from one end of Beijing to reach the other – not that the green post office vehicles were slow, but the mail network operated with its own rhythm. Postmen only visited a neighborhood a few times a day, and they had to check sometimes poorly handwritten addresses to accurately deliver the post, walking door to door, a process an instant messaging app can wrap up in a minute.

The merits of technology are bound to make the idea of digitally electing the next Potus cross some minds – maybe by direct messaging a candidate on Twitter. President Trump would love that, wouldn't he? But before a watertight voting system can be designed and accessible to all, it remains sensible to count paper ballots.

The whole procedure of counting mail-in votes is supposed to feel slow, slower still centuries ago in the 1860s when the debate around absentee voting by mail raged on in the middle of the American Civil War. The Republicans, quite ironically, in light of what is happening today, led by President Abraham Lincoln, wanted to let Union soldiers cast their votes from the trenches, but the Democrats were against the idea.

It is not the time spent en route that makes a mailed letter a cherished item for many and waiting for it unbearable. It is the stakes attached to the message the paper carries: the well-being of family and friend, a reply to a love note, or proof of being alive from a frontline soldier. In the case of the 2020 U.S. general election, the outcome the mail-in-ballots deliver will affect hundreds of millions of lives amid the global novel coronavirus pandemic, the country's economic recovery and the future of the world. Will the next U.S. administration be reaching out to it or ignoring it?

The election's outcome is clearer after Pennsylvania flipped to the Democrats. But the drama around the result is likely to draw on.

Regardless of who comes out occupying the Oval Office from January 20, these past few months have felt as if the American people as a whole were writing a letter to the rest of the world and are now about to seal the envelop and slip it into the postbox for everyone to read four years later.

Hopefully, by then, it won't prompt another nostalgic walk.