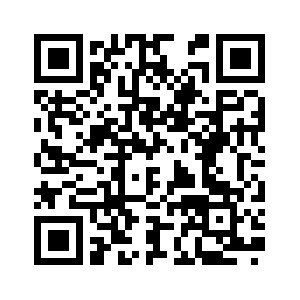 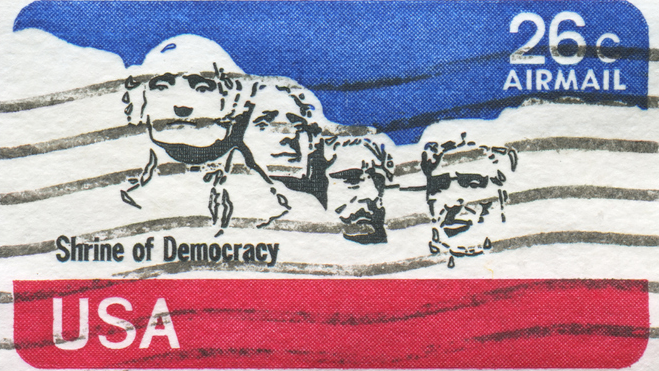 Editor's note: Daryl Guppy is an international financial technical analysis expert.  He has provided weekly Shanghai Index analysis for mainland Chinese media for more than a decade. Guppy appears regularly on CNBC Asia and is known as "The Chart Man". He is a national board member of the Australia China Business Council. The article reflects the author's opinions and not necessarily the views of CGTN.

The 2020 United States Presidential Election turned the U.S. version of democracy into a farcical system that is not worthy of emulation.

Trust in democracy was trashed unaided and unabetted by any outside influence with millions still believing the result was stolen.

The modern concept of democracy was born in 1842 when the Chartists in England unrolled a nine-kilometre-long petition in parliament with more than three million signatures. They demanded universal manhood suffrage and vote by secret ballot. 60 years later women were included.

In the rigid class divided English society this idea that the opinion of the lower classes was just as valid as those of the aristocracy was not easily accepted.

80 years earlier, the founding fathers of the United States were so uncomfortable with the idea of universal voting that the word "democracy" is not included in the American Constitution.

Democracy is condemned in the Federalist Papers because the Constitutional founders saw voting as a privilege for the ruling class, not as a universal right. Even today some U.S. senators fear "rank democracy." 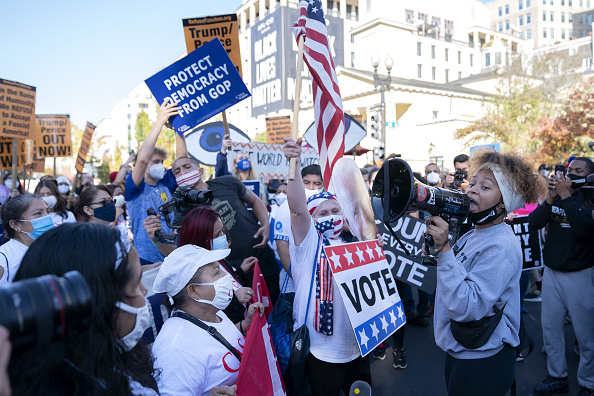 A demonstrator holds a "Vote" sign during a rally near the White House in Washington, D.C., U.S., November 6, 2020. /Getty Images

A demonstrator holds a "Vote" sign during a rally near the White House in Washington, D.C., U.S., November 6, 2020. /Getty Images

The 2020 U.S. election has thrown into stark relief the failure to honor the basic universal suffrage foundation tradition that most people associate with modern democracy.

Voluntary voting throws up two strategies. The first is a focus on getting voters to vote for you.  The second strategy is to prevent opposition voters from voting at all.

In 2020 the second strategy is supported by suspicious judgments from partisan courts, deliberate policy adopted by legislators to exclude certain classes of voters and outright intimidation to make voting as difficult as possible for selected groups of people.

These ends were achieved by refusing to appoint an independent electoral commission to oversee the mechanics of the election. Instead each state is allowed to set its own electoral rules for what should be a nationally coordinated election where every voter has an equal role in selecting the president.

In a true democracy voter eligibility is not hindered by race-specific exclusions designed to deny the right to vote.

The Republicans in particular went to great lengths to hinder and prevent voting. This included allocating just a single postal ballot drop box in some county areas. It included the exclusion in some States of valid votes because the politically manipulated U.S. postal service was unable to deliver all the votes in time.

The very date of the U.S. election effectively disenfranchises significant parts of the electorate. Workers have to take time-off work to cast their vote. Many bosses force workers to take unpaid leave if they wish to vote so this cost burden falls most heavily on the poor and the working class.

Countries true to the democratic tradition hold elections on a weekend, or declare a holiday, so there is no financial penalty or barrier to voting.

The infamous "rotten boroughs" that corrupted English politics for so long were defeated by the introduction of the secret ballot.

Registration as a Democrat, or Republican should never be a requirement in a fair and transparent democratic electoral system because it opens the path to intimidation. In a democracy you are a registered voter, not a registered Republican or Democrat.

The essence of the democratic concept is the secret ballot cast by an individual free from any forced acknowledgement of party allegiance. Trust in democracy demands that every vote is counted but it comes under sustained attack with chants of "Stop the count."

The 2020 U.S. election has also finally laid to rest the myth that the U.S. president is the result of the will of the people. Instead, this is decided by the Electoral College of the United States.

In most states it is a winner take all approach, so all the Electoral College delegates are supposed to vote for the candidate who received most votes in the State even if they win by just by a handful of votes.

All of the Electoral College electors from each state formally cast their votes on December 14. Congress then meets on January 6 for a formal count of the electoral votes, before certifying the winner.

However even at this late stage, Electoral College votes may be contested and excluded from the final count.

Is there really a place for this plutocratic anachronism in a true modern democracy?

The idea that democracy is the ultimate system of political organisation that is suitable for every country is flawed.

Countries which choose to follow the democratic model face a dilemma as the debacle of the 2020 U.S. election shows the country has forfeited their vainglorious right to lecture the world of how democracy should operate.