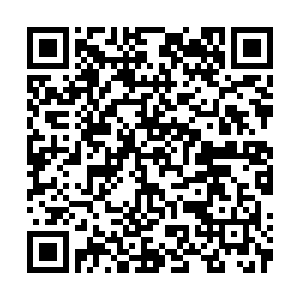 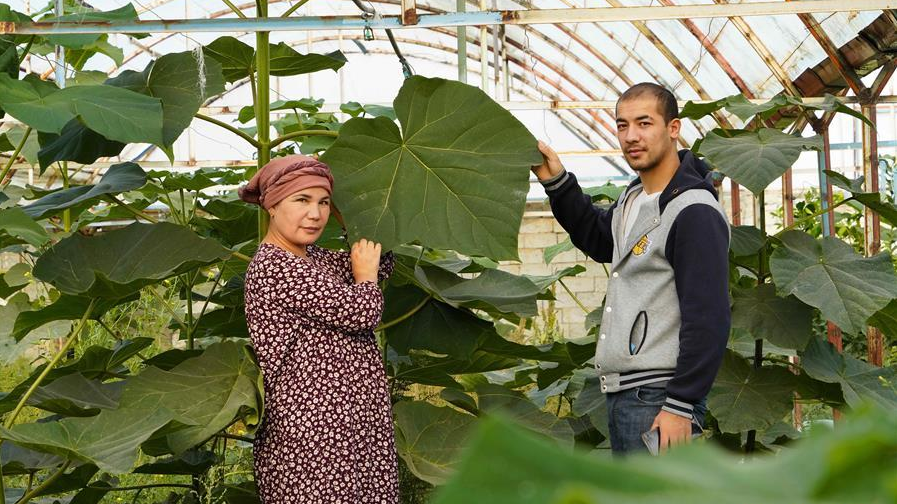 Sojida Jabborova (L) and her colleague pose for a photo with paulownia trees in a greenhouse in Samarkand region, central Uzbekistan, October 8, 2020. /Xinhua

Sojida Jabborova (L) and her colleague pose for a photo with paulownia trees in a greenhouse in Samarkand region, central Uzbekistan, October 8, 2020. /Xinhua

Sojida Jabborova, once a dentist now a successful entrepreneur by planting paulownia trees, is trying to plant one of the world's fastest growing multipurpose trees throughout Uzbekistan to lift numerous local rural households out of poverty.

"The tree improves soil fertility, its leaves can be used as a feed for livestock, its flowers full of nectar for honeybees to feed on; and furthermore, durable paulownia wood is widely used to make ceilings, doors, shelves, tables and chairs," she said, adding the tree can become an income source for many families in her country and lift them from poverty.

Poverty alleviation became one of Uzbek government's priorities when its President Shavkat Mirziyoyev took office in 2016 and launched a wide range of reforms. The president instructed his government to study and apply the Chinese experience in reducing and overcoming poverty as around four to five million people, or 12 to 15 percent of the Uzbek population, are still living in poverty.

The Uzbek Ministry of Economic Development and Poverty Reduction was tasked to do the job of poverty alleviation, developing regional programs, creating jobs to help people earn more money and providing aid to the most vulnerable people.

Under the nationwide campaign, Jabborova founded her agricultural family enterprise to grow paulownia trees after discovering the environmental and economic benefits of the tree with the help of her Chinese business partners.

In 2018, she went to China and signed an agreement with her Chinese partners who delivered paulownia seeds and seedlings to Uzbekistan. Then she started growing them in eight hectares of land provided by the Samarkand regional administration.

"I first contacted a Chinese company in Shandong Province, and we have established a partnership to grow paulownia trees, to process and rationalize use of all types of its products based on Chinese agro-technology," she said.

Since then, she has traveled a lot and held many presentations on planting paulownia trees in almost all regions of the country. As a result, the seedlings of paulownia trees are now grown in multiple experimental fields in the Fergana, Bukhara, Samarkand and Tashkent regions of Uzbekistan.