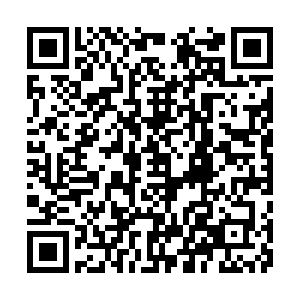 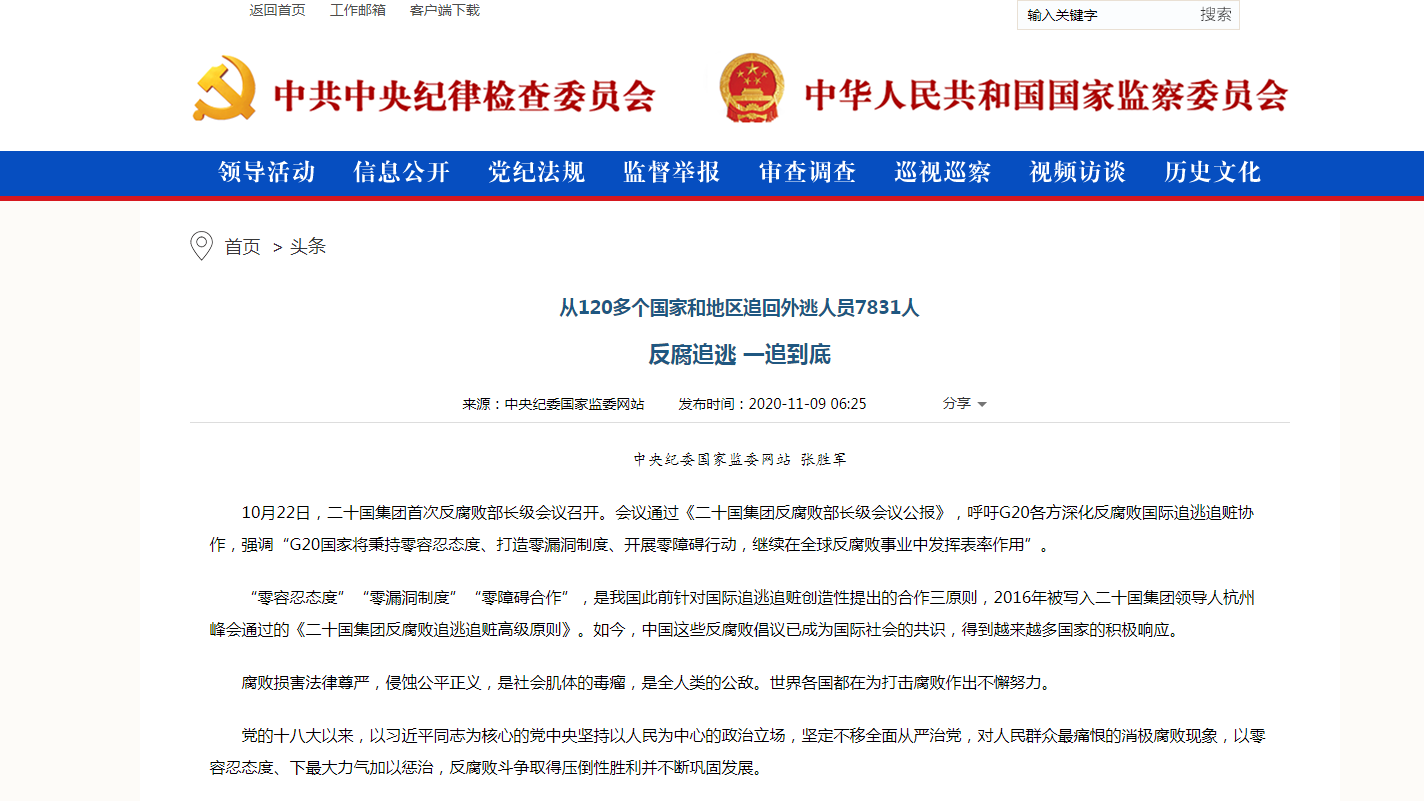 Screenshot from the website of the National Supervisory Commission.

Screenshot from the website of the National Supervisory Commission.

China seized 7,831 fugitives from more than 120 countries and regions between 2014 and June 2020, according to a report by the National Supervisory Commission (NSC), the top government anti-graft agency.

Official data shows that among the fugitives, 2,075 were members of the Communist Party of China and State employees and the campaign recouped losses of 19.7 billion yuan ($2.8 billion).

The fugitives, who allegedly committed economic or corruption crimes, were either repatriated under cross-border law enforcement partnerships or voluntarily returned, the commission said in the report.

Many countries have provided support for China's operation in the pursuit of fugitives and recovering stolen assets, according to officials.

Yang Xiaodu, head of the commission, told reporters that the CPC Central Committee has "elevated the work of tracking down fugitives and recovering stolen assets to the political and diplomatic level and incorporated it into the overall plan of anti-corruption work."

China launched the operation in 2014 to pursue corrupt officials and dodgy business people who fled abroad. The move was criticized by Washington as a crackdown on Chinese dissidents, a claim that has been rejected by China's Foreign Ministry spokesperson Wang Wenbin, who said earlier that cracking down on transnational crime, catching international fugitives and recovering illicit gains are just causes and have been widely accepted by the international community. And the United States has become a "safe haven for criminals."