From sneakers to male makeup: The rise of China's 'He economy'
By Zeng Ziyi 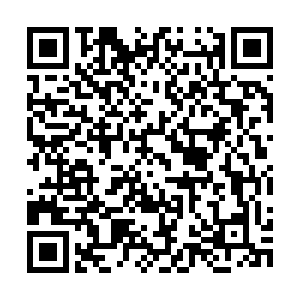 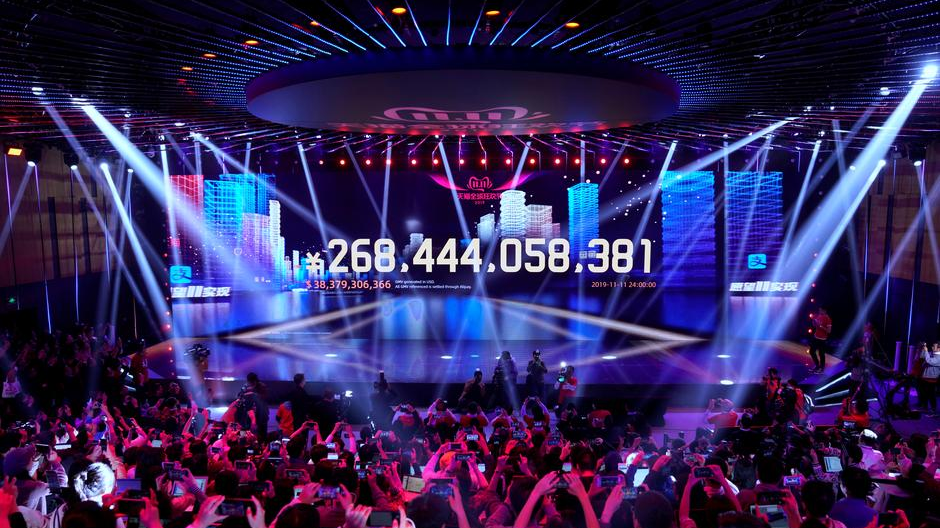 A screen shows the value of goods being transacted during Alibaba Group's Double-11 shopping festival at the company's headquarters in Hangzhou, Zhejiang Province, China, November 12, 2019. /Reuters

A screen shows the value of goods being transacted during Alibaba Group's Double-11 shopping festival at the company's headquarters in Hangzhou, Zhejiang Province, China, November 12, 2019. /Reuters

With the closing wage gap between Chinese men and women in recent decades, those characteristics have been exhibited more visibly by the country's females. As the "She economy" became a buzz phrase in business magazines, the ever-expanding Chinese female middle-class has been eagerly pursued by consumer brands from cosmetics to electronics.

In recent years, women have become a major spending force behind shopping events such as the Double-11 shopping festival, contributing over half of total revenues each year.

Since its emergence almost a decade ago, November 11 – whose numerical expression "1111" bares similarities to "baresticks," which means singles in Chinese – has become the largest online shopping day in the world, helping e-commerce giants like Alibaba to rack up hundreds of billions of dollars on a single day.

For some entrepreneurs that means there's a huge missed opportunity in the male market, especially given the fast-rising living standards across the most populous country on Earth and a male population that's increasingly yearning for a better quality of life.

Those instincts appear to be largely on point, according to the latest study on male consumption trends conducted by Suning Institute of Finance. The author of the report, the institute's Senior Researcher Fu Yifu, concluded the male-oriented market in China has great potential after observing three specific shopping habits of Chinese men in recent years: widened category, improved awareness and increased online consumption.

These trends are particularly noticeable in the country's tech-adapted Millennial and Gen-Z populations, who have fervently embraced niche corners of consumerism in other parts of the world through the internet, such as the sneakerhead subculture, as a way to express their individuality. More importantly, many are willing to spend a fortune on it.

In 2018, Chinese men accounted for over half of the sales in sports shoes and 55 percent of the country's luxury goods spending, well above the global average of 40 percent, according to statistics by iiMedia research and brokerage firm CLSA.

"I feel fulfilled after purchasing a pair of sneakers," said Xiegui, a 22-year-old sneakerhead who lives in Beijing.

"I started buying good sneakers while in junior high school, back then it was a symbol for boys who can play real good basketball at school," he said. 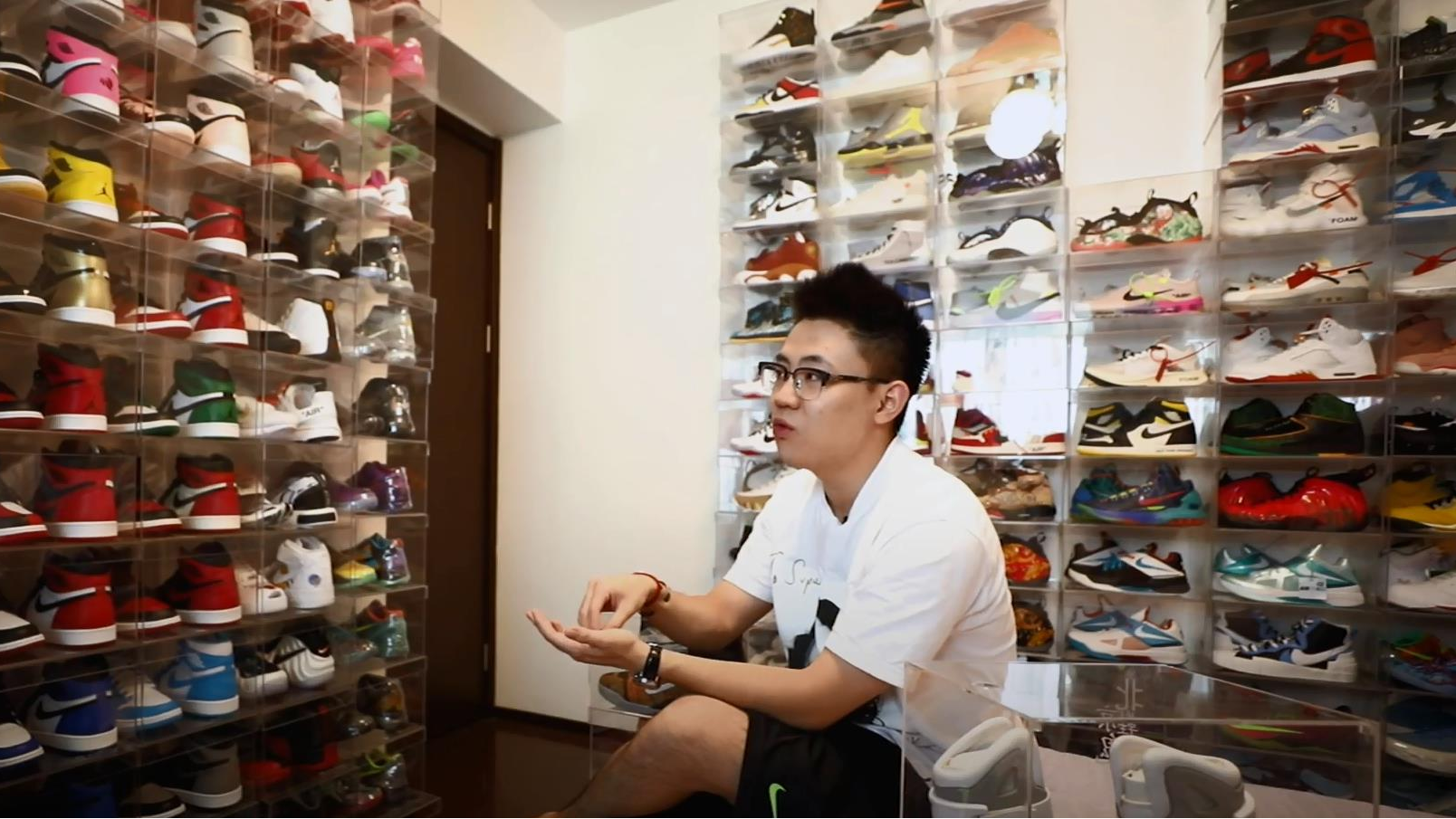 Xiegui in his Beijing home during an interview with CGTN.

Xiegui in his Beijing home during an interview with CGTN.

The self-styled "shoe addict" said he really picked up the sneaker-collecting habit while studying in the U.S. where he often felt lonely. Since then, he has built two wall-sized shelves to house some 100 limited edition sneakers – a premium collection worth enough to buy a house, as his friends often joke.

Xiegui is also a "key opinion influencer" or KOL in the larger online-based community of sneakerheads. The term has become increasingly relevant in China's online shopping eco-system, where "Wanghong" or internet celebrities such as Xiegui can influence the opinions of hundreds of thousands of followers in regard to a particular product.

"The connection between me and these sneakers is irreplaceable," he said as he held up a pair of limited edition basketball shoes from the Air Jordan series.

Going for the look

That desire for "refined lives" has been channeled more avidly, and perhaps vainly, through the pursuance of a more polished look – lighter skin, longer eyelashes and bigger eyes. These features are widely considered to be desirable traits for the modern Chinese men.

JACB, which stands for "just a cool brand," is one of the Chinese start-ups looking to capitalize on men's increasing desire for a finer appearance. While most male cosmetic products today still focus on fixing skin problems such as acne, JACB is trailblazing into the "men makeup" category with products such as BB cream for men. 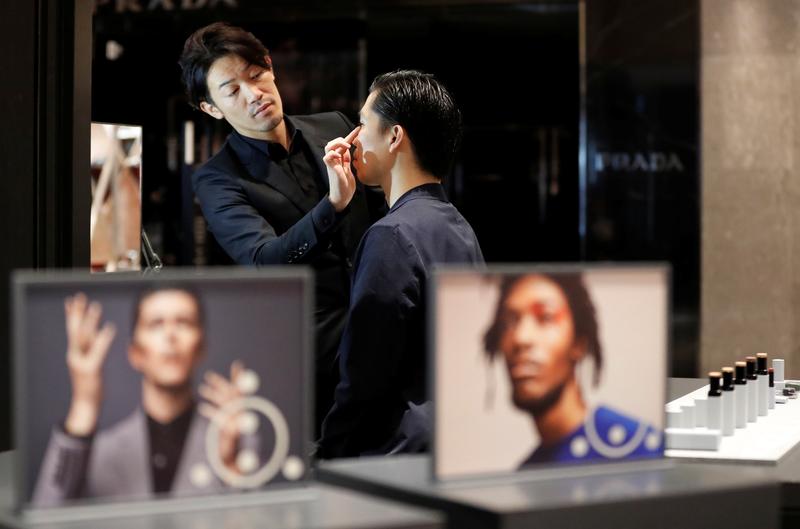 Model Masafumi is made up by makeup artist Hiroki using Pola Orbis subsidiary Acro's cosmetics during a demonstration in Tokyo, Japan, September 28, 2018. /Reuters

Model Masafumi is made up by makeup artist Hiroki using Pola Orbis subsidiary Acro's cosmetics during a demonstration in Tokyo, Japan, September 28, 2018. /Reuters

While the idea of "makeup for men" is less frowned upon in East Asian cultures, thanks to the rise of "K-pop" and "J-pop," the company still faces considerable challenges in convincing its potential customers about the products' masculinity, "at least not sissy," according to its founder Belinda Chen.

To achieve this, the Shanghai-based start-up wants to target men in their 20s and early 30s, as they are more accepting toward the new trends. In 2018, sales of BB cream jumped 160 percent in men between the age of 18-35, according to data compiled by Taobao.

By 2022, the global market for male personal care could reach $166 billion, according Allied Market Research.

"The individual's awakening in consumption helped drive the the men-oriented market to new heights that we are seeing today," Fu said in an interview with the Chinese Business Herald. "They have learned to buy skincare products, expensive suits, watches and luxury cars as a way to show their personal abilities."