Merkel says EU and U.S. must work side by side after Biden's projected win
CGTN 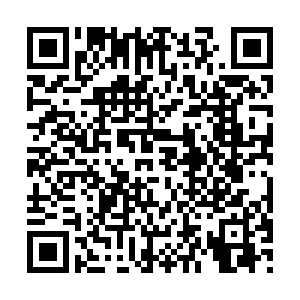 German Chancellor Angela Merkel on Monday congratulated projected U.S. presidential election winner Joe Biden and called for the European Union (EU) and U.S. to work "side by side", but also acknowledged the EU must do more to take care of its own security.

Merkel held up Biden as an experienced leader who knows Germany and Europe well, stressing: "We are allies in NATO, we share fundamental values ... and interests."

She said the partners needed to work together to tackle issues such as the coronavirus pandemic, climate change and terrorism, and to champion free trade.

"We Germans and we Europeans know that we have to take on more responsibility in this partnership in the 21st century," Merkel said.

"America is and remains our most important ally. But it expects us, and rightly so, to make stronger efforts to take care of our security and to stand up for our convictions in the world," she added.

Merkel also said Kamala Harris, Joe Biden's vice presidential pick, was an inspiration to many people and that she was looking forward to working with Harris and Biden. 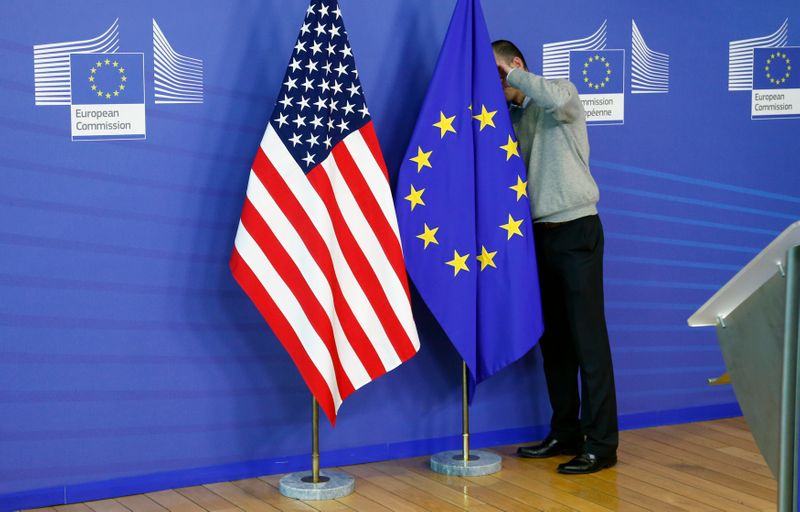 A worker adjusts EU and U.S. flags at the start of the 2nd round of EU-U.S. trade negotiations at the EU Commission headquarters in Brussels, November 11, 2013. /Reuters

A worker adjusts EU and U.S. flags at the start of the 2nd round of EU-U.S. trade negotiations at the EU Commission headquarters in Brussels, November 11, 2013. /Reuters

While the EU later said the 27-nation block will wait for Biden to take office before commenting on future cooperation with Washington.

"I think we should take things one step at a time," spokesman of the EU Executive Commission Eric Mamer told a news briefing. "We have had now a process in the United States ... ongoing for a while and has now led to us welcoming the victory in the election of Joe Biden."

"It is still very, very early days and therefore at the moment ... the EU is waiting for the new president-elect to take office before starting to comment on what this will imply when it comes to our relationship."