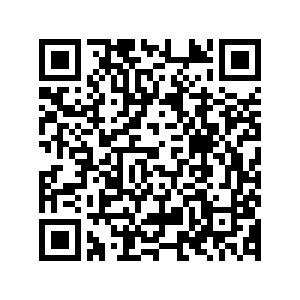 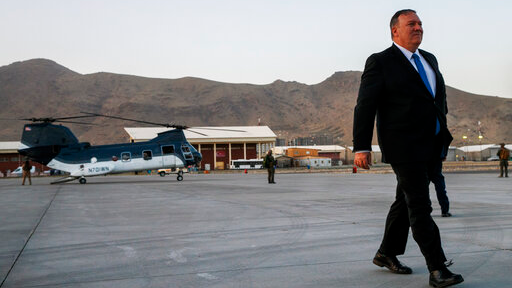 Secretary of State Mike Pompeo walks from a helicopter to return to his plane at the end of an unannounced visit to Kabul, Afghanistan, June 25, 2019. /AP

Secretary of State Mike Pompeo walks from a helicopter to return to his plane at the end of an unannounced visit to Kabul, Afghanistan, June 25, 2019. /AP

According to a new scoop by American news website Axios' Barak Ravid, the outgoing administration of U.S. President Donald Trump is preparing a "long string" of new sanctions against Iran in coordination with Israel and various Gulf states. The reasoning is that Trump officials believe that these new sanctions will make it harder for the incoming administration to revive the 2015 Joint Comprehensive Plan of Action (JCPOA, or the so-called Iran Nuclear Deal).

The plan is apparently being led by the Trump administration's envoy for Iran Elliott Abrams, who arrived in Israel on November 8 and met Prime Minister Netanyahu and National Security Adviser Meir Ben-Shabbat to discuss it. He is also slated to travel to the United Arab Emirates and Saudi Arabia, both of whom fear an easing of tensions between Tehran and Washington under Biden, to discuss these sanctions.

Further, Secretary of State Mike Pompeo is slated to arrive in Israel on November 18, part of a regional tour to sell this latest aggression against Iran. On the evening of November 7, Pompeo jumped into a personal Twitter feud with Iranian Supreme Leader Ali Khamenei, who had previously called out the "spectacle" surrounding the American presidential election.

Pompeo raved, "You've personally stolen hundreds of millions of dollars from your people. Your elections are a joke, with hundreds of candidates disqualified from even running. Today, your people starve because you spend billions on proxy wars to protect your kleptocracy."

For Pompeo – easily the worst secretary of state in modern American history but thankfully had a short-lived career – this is a deeply personal matter.

As I wrote in a September column for CGTN, Pompeo is a devout evangelical Christian that previously served as a deacon and preacher in the Evangelical Presbyterian Church. This particular church believes in the second-coming of Jesus Christ and the "end times" once certain prophecies are fulfilled, including the return of all Jews to the Holy Land.

The secretary sees the destruction of Iran – Israel's primary adversary in the Middle East region – as crucial to fulfilling these "end times" prophecies, something of deep spiritual and personal significance to him. There was even a serious reason to believe just a few months ago that he might push the Trump administration into a hot war with Iran before the election, but that never materialized. 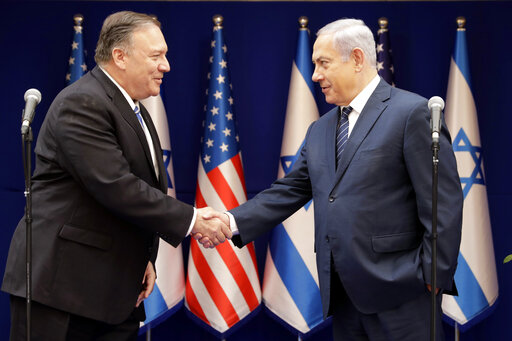 However, let's not forget that sanctions are indeed a form of warfare, one that certainly involves casualties. In this way, Pompeo may well walk away with his highest personal achievement, a serious escalation with Iran – one born out of complete spite and bad faith.

Make no mistake, it was indeed the Iranians who came to the table alongside other members of the international community to make the JCPOA possible, despite backlash from government hardliners and ultra-conservatives in civil society. They were met with reneged promises and more cruel sanctions, even in the midst of a global public health emergency. It shows that by all accounts, Washington is ultimately to blame for a breakdown in talks. And this is a deep shame because it could have resulted in a peaceful Iranian nuclear program and perhaps even peace between Israel and Iran down the road.

A similar theme emerges when looking at other breakdowns in the region over the last several years.

For example, Syria's Bashar al-Assad tried to negotiate peace with Israel in 2010 with the help of Washington, promising to stop providing arms to Lebanon's Hezbollah and encourage Lebanon to make peace in exchange for a handover of the Golan Heights – which is internationally recognized as part of Syria.

In the end, the talks broke down, Washington helped spark a decade-spanning war in the country that left a once prosperous nation in ruin and, now that it appears Assad and the Syrian government have won the war, has imposed new sanctions during the Trump administration that are proving to be insurmountable for the general population.

Even Syrian expatriates around the world are struggling to open bank accounts in foreign countries simply because of their citizenship, which speaks to their depravity and what one Syrian friend of mine described as "literally vengeance against those populations."

"There has never been a more vindictive political system than the one presiding over the U.S. government," he said.

It's hard to deny that's the case when the nations suffering under these sanctions are more than willing to compromise in negotiations while demanding one simple thing – a respect for sovereignty.

The Trump administration has been historically vindictive in its Middle East diplomacy and there's probably no one more vindictive than Secretary Pompeo, a self-avowed liar, cheater and thief.

It reminds one of Samson, a figure appearing in the Hebrew Bible, who was captured and humiliated by his enemies but managed to kill all of them and himself with his last draw of divine-inspired strength. In this analogy, it's Pompeo's career that's dying – but he will indeed be left humiliated and angry because of it.