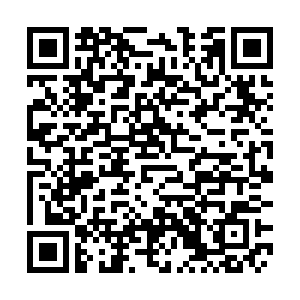 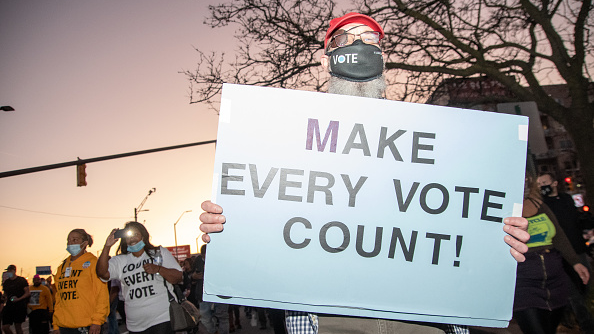 On November 6, the Organization of American States' (OAS) Electoral Observation Mission released a 20-page report, underlining the partisan politics, intimidation tactics and procedural challenges to America's November elections and in its immediate aftermath.

Without directly naming individuals, the report draws attention to the Trump campaign's "repeated attacks" on Biden and the U.S. electoral system, which seems consistent with the president's current unwillingness to concede defeat.

Over two dozen experts and observers from 13 countries contributed to the report's preliminary findings, necessitating an honest look at a nation that claims to champion democratic excellence worldwide.

In the pre-election context, the OAS makes tangible observations on the "competitive and quite aggressive" atmospherics of America's election politics.

It notes that these campaign attacks helped "further divide" an already highly polarized electorate and that a range of litigation efforts represent both campaigns' conflicting positions on whether to "preserve ... voting rights, or restrict them."

By treating voters as the subject of mixed-result lawsuits, both campaigns complicate citizens' access to voting.

This is an important point of reflection in the report, particularly because both the Biden and Trump camps are yet to reconcile the impact of their political tussle on the average voter.

As a result, states may feel further compelled to tighten voter registration and identification laws in the future. Voters may risk shouldering greater legal compliance in future elections, while the parties responsible for conflicting circumstances may choose to veer away.

Another important takeaway in the report is an exaggeration of voter support to fit campaign profiles.

The OAS notes that both presidential candidates and the U.S. media used polling "more as a tool for campaign propaganda" than as a mechanism to accurately predict voter intentions.

This brings into question the determination of both Democrats and Republicans to frame election propaganda as the product of alleged foreign interference.

"America's adversaries must not misjudge the resolve of the American people to counter every effort by a foreign power to interfere in our democracy, whether by … spreading disinformation, or trying to sow doubt about the integrity of our elections," pledged Biden.

Missing from this pledge is either camp's conscious exaggeration of public support to further election propaganda.

Without explicitly naming the Trump campaign or its supporters, the report also reveals intriguing similarities between the "intimidation of electoral officials" and organized lobbying. 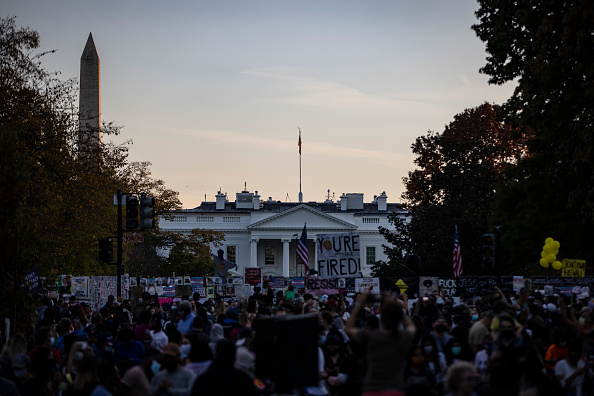 The Mission draws a rare parallel between aggressive attempts to "stop the count" in Arizona and Pennsylvania, and similar intimidation from America's powerful National Rifle Association, which issued a provocative social media challenge to "Come and take it."

Both brands of provocation are further exposed by OAS observers who were deployed in battleground states, confirming that they "did not witness" any of Trump's alleged election irregularities. The president's claims of election irregularities were the founding basis for most of his supporters' "stop the count" narrative.

The report also merits some degree of critique for Trump's democrat rivals.

For instance, it singles-out pre-election findings from the non-partisan Commission on Federal Electoral Reform (Carter-Baker Commission), which found that the safeguards for ballot integrity were actually in place in several U.S. states, meeting "democratic standards." Democrats who have supported the merits of mail-in ballots have struggled to integrate the Commission's concrete findings into their counter-narrative.

The implication is that their verbal offensive against Trump was high on political point-scoring and relatively short of an instructive public rationale.

Not too long ago, the United States was actively utilizing the OAS forum to mount allegations of fraudulent elections in foreign states. Last month, U.S. Secretary of State Mike Pompeo blasted the Venezuelan government for planning to hold fraudulent elections, accusing it of stealing the National Assembly and alleging that it was the government's "latest abuse of power."

Similar trends have previously dominated Washington's positions on Bolivia's internal election priorities. This overdrawn authority merits a central question: Would the United States address its own frictions between electoral processes and its multilayered legal framework?

One impediment hampers these prospects.

The Democrats' have implicitly backed state election officials against Trump's voter fraud allegations, and the latter's refusal to concede anytime soon suggests that this defense is likely to stick.

As the focus settles on Trump, it may leave little incentive for the incoming administration to heed the OAS' findings that explicitly question the "partisan makeup" of the same state governments.

This is a concerning juncture, given that the partisan composition of state governments is found capable of influencing "the neutrality and representative nature of the electoral map, and thus the competitiveness of elections" as a whole.

The alternative is to expect an unprecedented brand of leadership and introspection from Trump. His campaign's attempts to keep the election race "optically alive" – despite evidence to the contrary – suggests the OAS' recommendations have fallen on deaf ears.