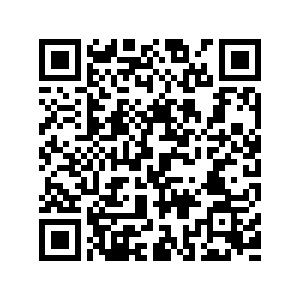 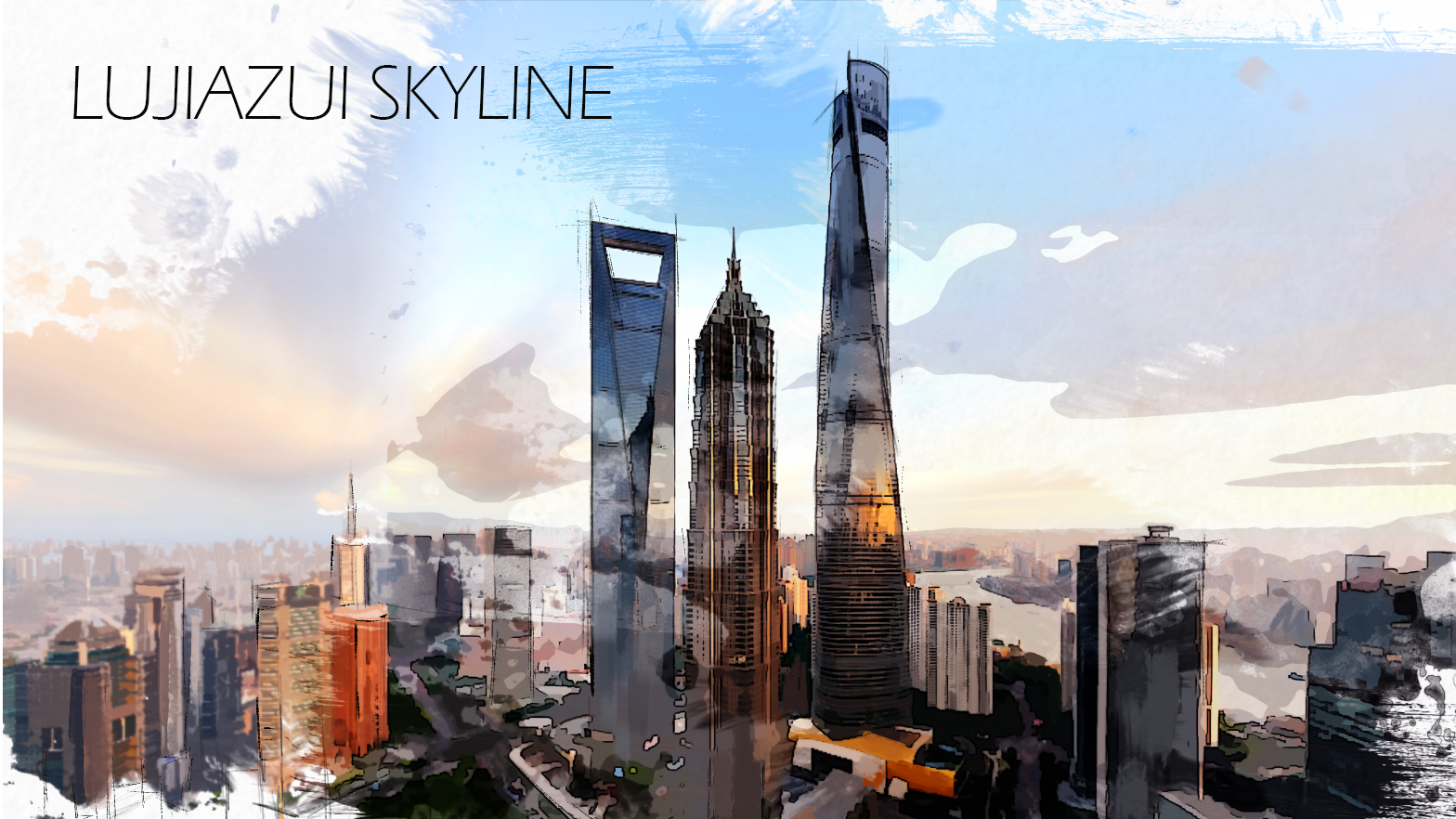 Skyscrapers are symbols for a modern metropolis. When it comes to Shanghai, there's no reason to miss the eye-catching Lujiazui skyline which consists of three super skyscrapers - Shanghai Jinmao Tower, Shanghai World Financial Center and Shanghai Tower.

These three buildings are not only landmarks in the city, but also represent both Shanghai and China's development in the past three decades. All the three buildings were designed by international teams who combined both Eastern and Western cultures in their designs. 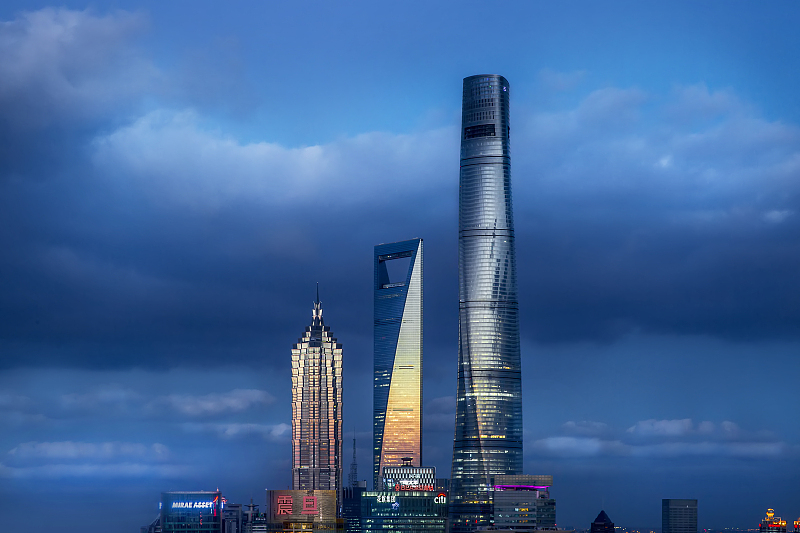 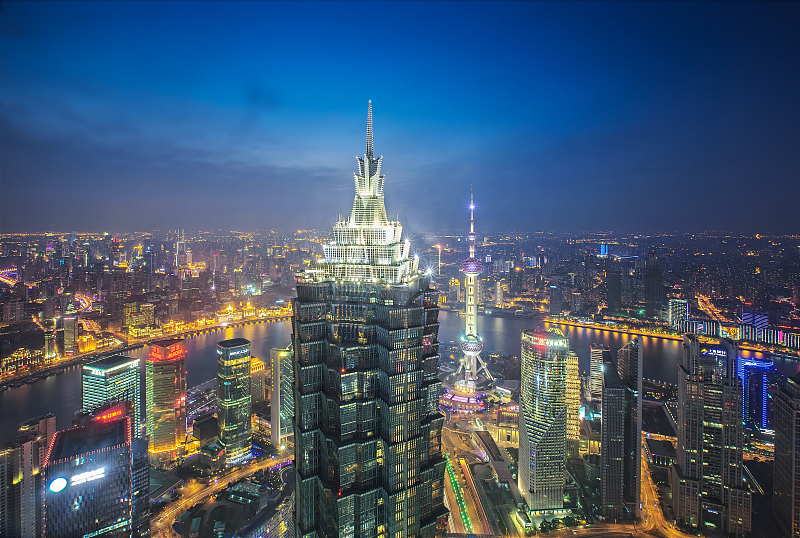 With an area of 24,000 square meters, the Shanghai Jinmao Tower is a multi-use complex containing offices, convention space, sightseeing hall and a hotel. It's as high as 420.5 meters, with three stories underground, 88 stories above the ground and six-story skirt-shaped rooms. Its gross floor area reaches 290,000 square meters.

Since the tower opened to the public in 1999, the 88th-floor Sightseeing Hall has been one of the most visited places for tourists in Shanghai. With the height of 340.1 meters and an area of 1,520 square meters, the sightseeing hall on the 88th floor is decorated luxuriously with the natural marbles. Tourists can have a broad view of the metropolitan scenery along the Huangpu River and the mouth of Yang through the glass curtain wall. 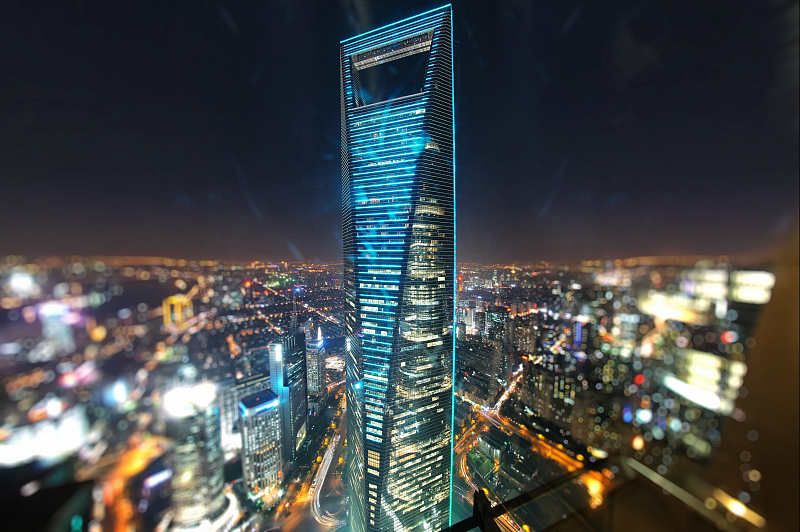 Shanghai World Financial Center is a square-cylinder building with a height of 492 meters and an area of 14,400 square meters. A total of 101 stories are above the floor while three stories are underground. It's located in the golden area of Lujiazui financial and trade zone in Pudong new district, which faces the famous Waitan on the other side of Huangpu River.

The center has a 474 meters-high Observatory. The Observatory consists of a hall, a platform bridge and a tower, which offers an opportunity to overlook the city from different angles. The area from the 94th floor to the 100th floor is especially designed for tourists. With the design of transparent floor, the area makes tourists feel like they are walking in the cloud. It’s also a perfect place for art events, photo exhibitions and fashion shows. 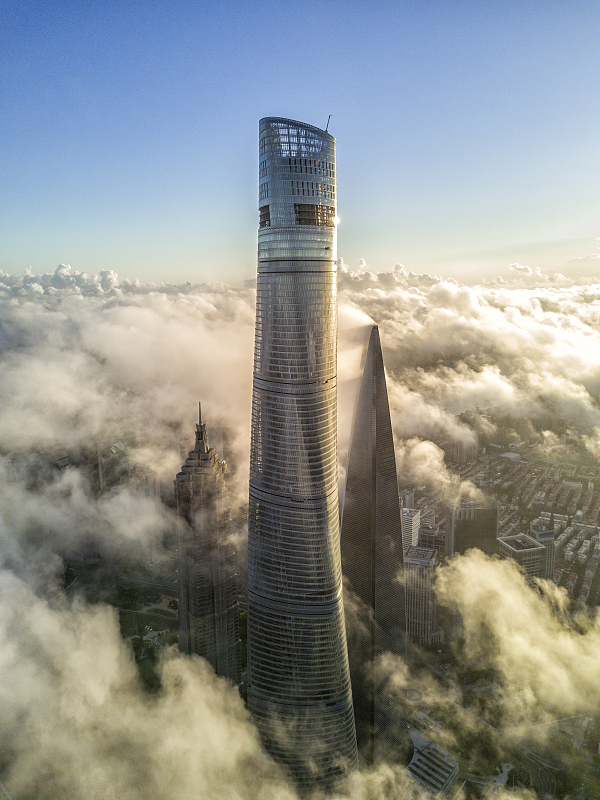 Shanghai Tower is the highest building in the city's iconic skyline. Reaching 632 meters, it has 128 floors above ground and five below ground. Its underground parking area can hold as many as 2,000 cars.

With an area of 433,954 square meters, the tower is also a mixed-use building with a mix of restaurants, shops, offices, and hotels inside. Finished in 2016, the Shanghai Tower embodies a new prototype for tall buildings. Its curved façade and spiraling form symbolizing the dynamic emergence of modern China. The tower's program is organized into nine vertical zones, with each vertical neighborhoods rising from a sky lobby.