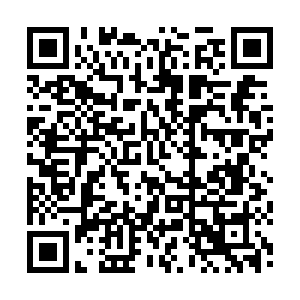 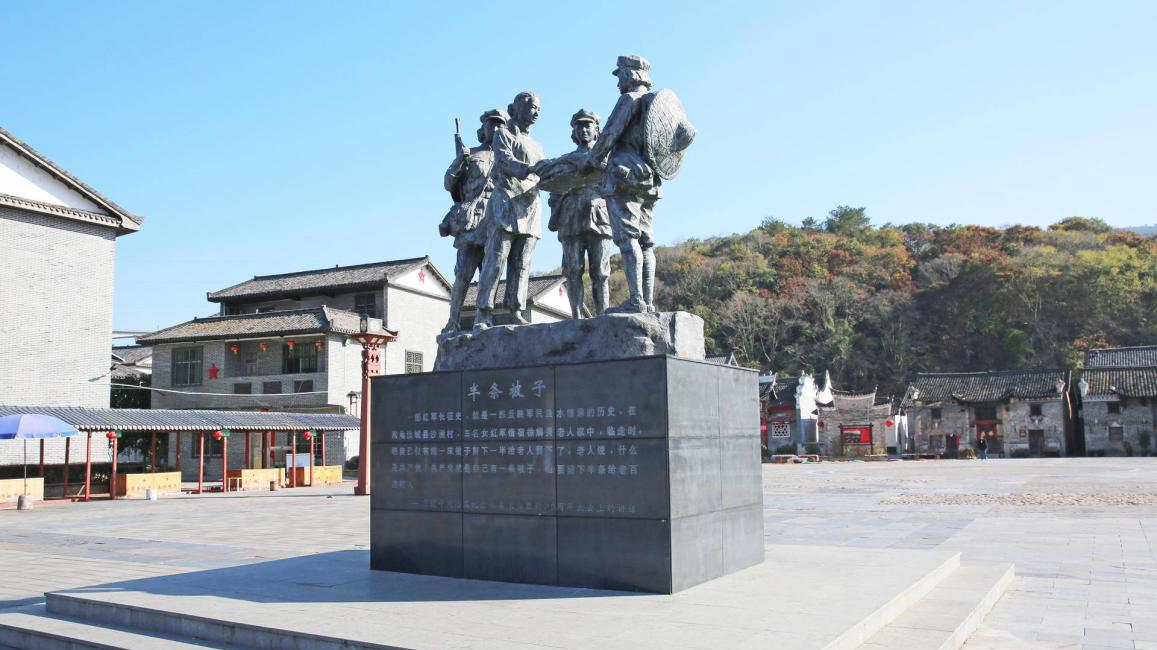 The fact that the former poor family managed to get out of of poverty in a few years is believed to largely owe to the story of "half quilt."

In November 1934, Xu Jiexiu, Zhu's grandmother, a poor farmer in the village, offered shelter to three female soldiers of the revolutionary Red Army. As the female soldiers found that Xu didn't even have a quilt to protect herself from the cold, they cut off their only quilt and gave one half to Xu. This legendary story that happened more than 80 years ago has been well known ever since.

In recent years, along with the Chinese government's vigorous action to alleviate poverty, as well as the widely spread "half quilt" story, the remote and backward village has gradually developed into a wealthy tourist attraction.

Zhu, 52, had been in poverty before, relying only on a meager income from farming to support their elderly parents and two school children.

He learned cooking skills through a government-organized training course called "Skills for Everyone" and opened the first local-cuisine restaurant in the village, which successfully helped him out of poverty in 2015. Now, Zhu has earned nearly 10,000 yuan (about $1,510) a month from running the restaurant and providing accommodation to tourists. Zhu has built a three-storey residential building and bought a car. 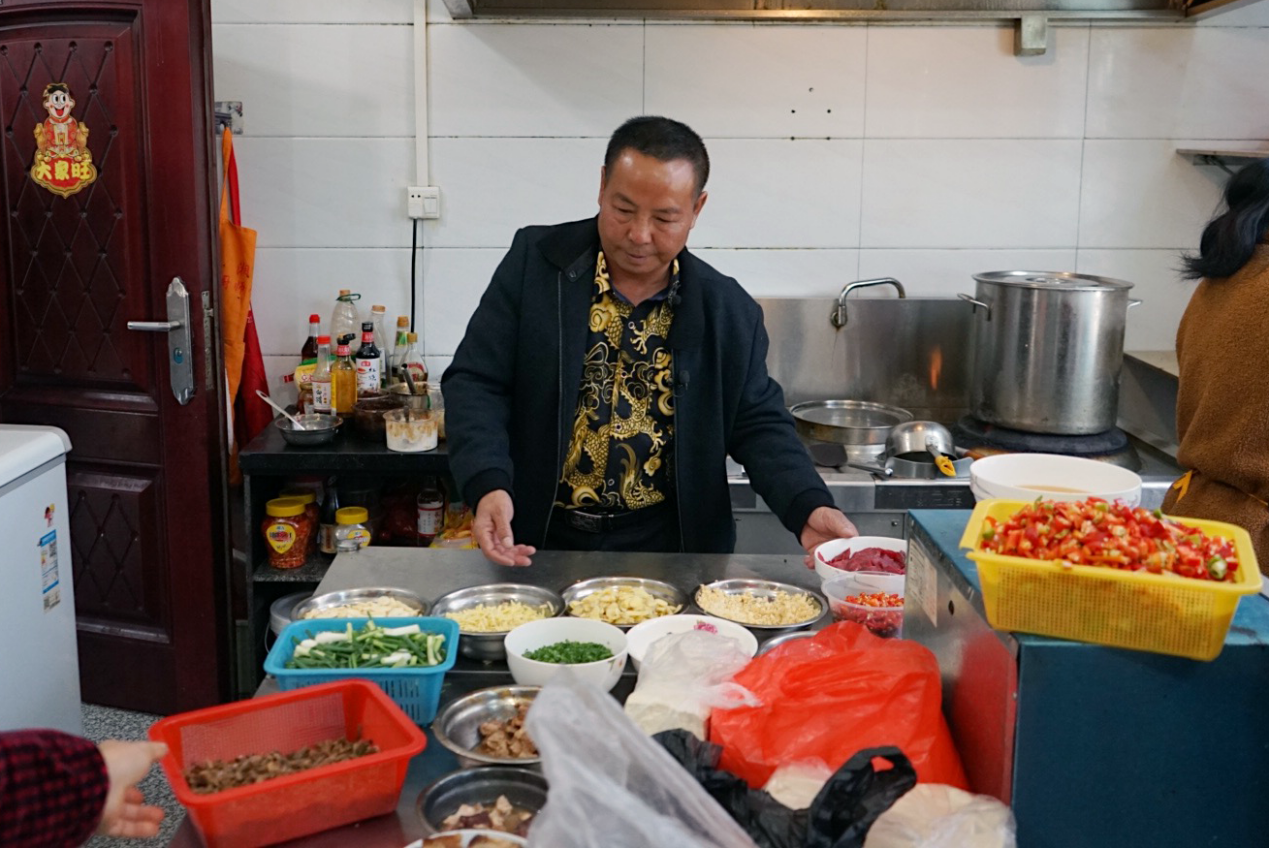 Many of the village's young residents, who had been working in urban areas before, have come back to start their own businesses.

"After the establishment of the scenic spot in my hometown, I didn't hesitate to come back," said Zhu Mengjia. She now owns a milk tea shop and works as an interpreter in a local exhibition hall. "The daily sales of the milk tea shop could be up to 2,000-3,000 yuan (about $300-450)," she said.

In addition to increased income, the economic development of Shazhou Village has opened up options among young people for entrepreneurship in their hometowns, allowing them to balance work and family care. Among the newly introduced business are barbecue shops, sightseeing bicycle rentals and selling local specialties.

Zhu said the job brought her more happiness and satisfaction, as she witnessed great changes taking place in the once backward mountain village that is now a beautiful tourist attraction and the villagers are being out of poverty one by one. 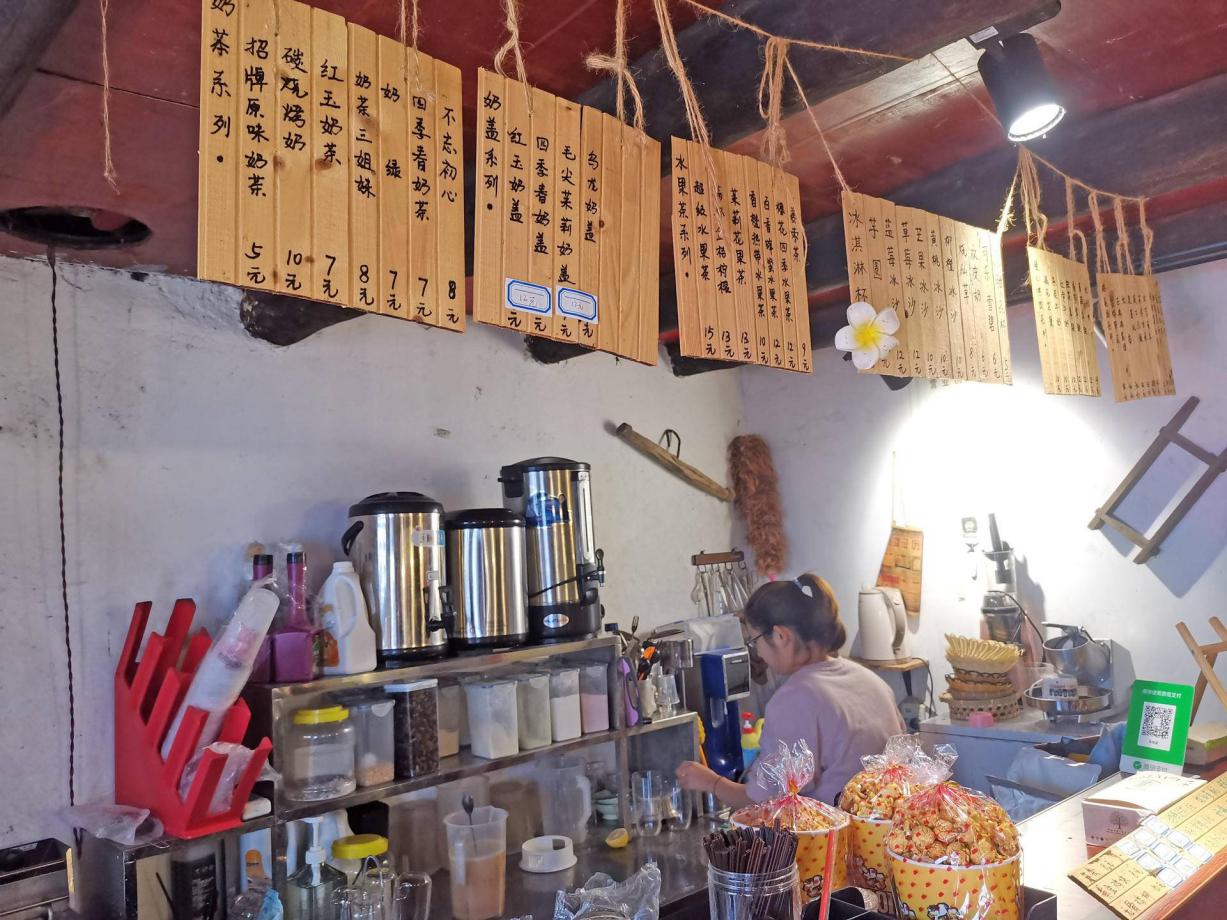 In addition to tourism, Shazhou Village makes full use of the natural resources for developing agricultural and sideline industries, which contributes to poverty alleviation of more than 85 percent of the poor people there. Zhang Youfa, is the head of a local fruit and vegetable farmer cooperative, which takes such business as turmeric planting. He said that the co-op get government support for refined products production and market expansion, by e-commerce and professional but free technical assistance. People can get such help simply through a phone call.

Data from Rucheng County showed that Shazhou Village supported poor households with land, capital and technology to plant rice, tea, and fruits like kiwi and pear. That has increased the average poor households' income by more than 32,000 yuan ($4,800). From 2014 to 2019, the annual per capita disposable income of the villagers nearly tripled, with poverty headcount ratio dropping to zero.