Biden vows to step up to the plate to mitigate climate change, but can he?
Alessandro Golombiewski Teixeira 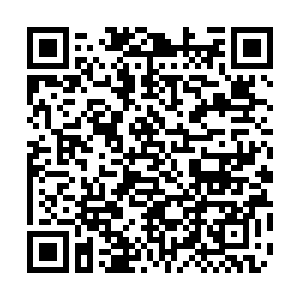 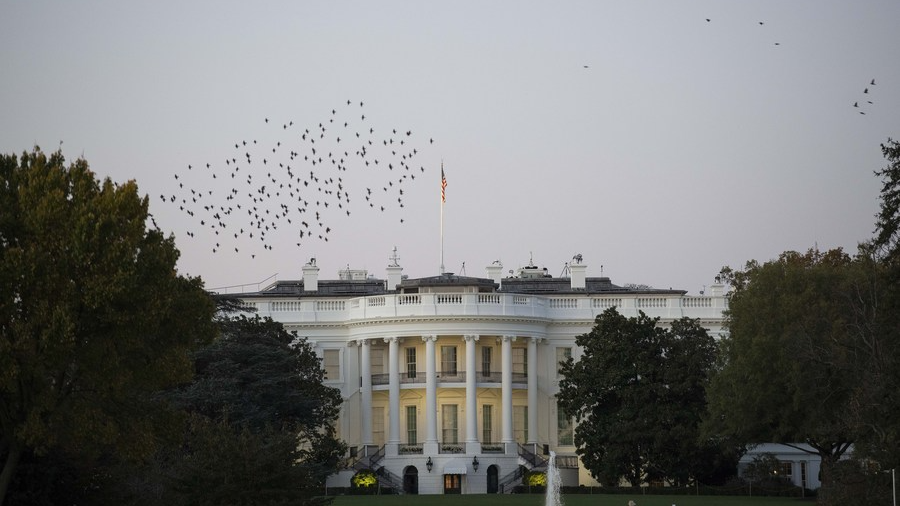 Editor's note: Alessandro Golombiewski Teixeira is a national thousand-talent distinguished professor of public policy at Tsinghua University's School of Public Policy and Management and a professor of international business at Schwarzman College in Tsinghua. He is a former special economic adviser to the president of Brazil and former minister of tourism, and minister of development, industry and foreign trade of Brazil. He was also president of the World Investment Association, WAIPA. The article reflects the author's views, not necessarily those of CGTN.

The United States formally exited the Paris Agreement on November 4, three years after President Donald Trump announced his plans to withdraw. While it's now too late for a Biden victory to prevent the U.S. from dropping out, the new president will have the chance to rejoin the accord and reaffirm his country's commitment to mitigating climate change.

Biden had previously pledged his support for the agreement and had planned to do so in his first month in office. By rejoining the accord, Biden would reverse Trump's abandonment of the landmark agreement, and set himself up to reverse the damaging attacks on the multilateral efforts to tackle global warming.

Experts predict that in order to avoid more disastrous versions of climate breakdown, the world will need to cut its emissions by about 7 percent each year this decade. Biden's handling of this in the next few weeks is therefore critical to encourage the participation and support of smaller nations for net-zero emissions in upcoming years.

The lasting impact of the U.S. withdrawal

In November, the U.S. has become the only nation in the world not formally participating in the Paris Agreement, as nations around the world up the stakes of their commitment to combat climate change.

As the lone dissenter to the agreement, the U.S. is sending a strong message to the world that it no longer prioritizes climate-related issues, would not be a part of future cooperation to tackle such issues, and even that it can't be counted on to take its alliances seriously.

Given that the U.S. accounts for 15 percent of carbon emissions worldwide, it sets a dangerous precedent, and perhaps more worryingly, a poor example to other nations that are hesitant to place environmental concerns over potential economic growth.

Trump, who once described climate change as a "hoax," has rolled back 125 climate and environmental policies. Unsurprisingly, therefore, the U.S. has not even come close to meeting its goal set at the 2015 Paris Climate Conference to reduce emissions by 26 percent to 28 percent by 2025, according to experts. Biden's victory at the election certainly comes as a relief to environmental campaigners who have been protesting Trump's policies at every turn. 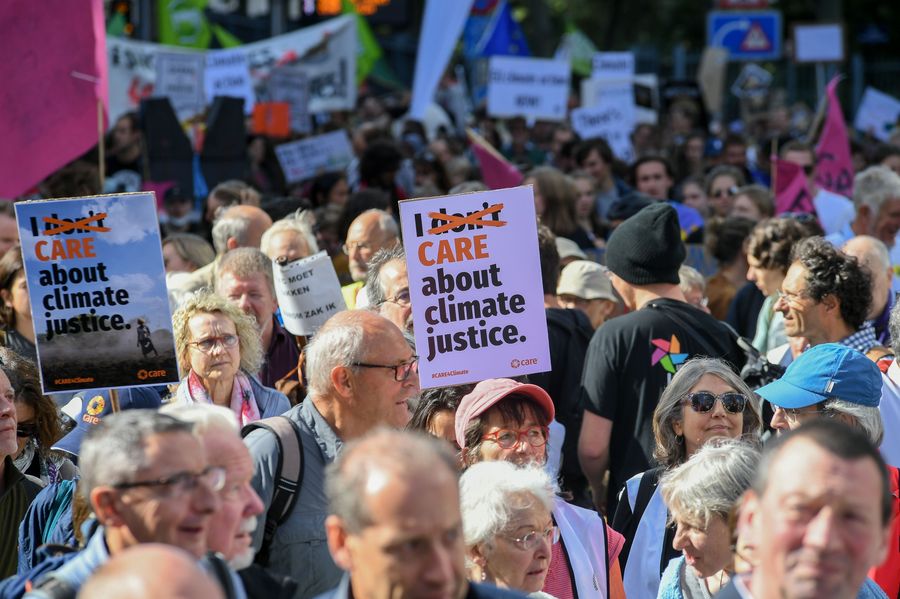 People participate in a march calling for action against climate change in Brussels, Belgium, September 20, 2019. /Xinhua

People participate in a march calling for action against climate change in Brussels, Belgium, September 20, 2019. /Xinhua

Swimming against the tide

China and Japan have moved ahead of the U.S. joining a growing list of countries aiming to stave off the worst effects of climate change. More than 60 other countries have said that they are trying to be carbon neutral by 2050.

Japan pledged to be carbon neutral by 2050 last month, outlining a new approach incorporating new solar cells and carbon recycling. In contrast to Trump's stance on the matter, Japan's Prime Minister, Yoshihide Suga said, "Responding to climate change is no longer a constraint on economic growth."

China's promise to be carbon neutral by 2060 has demonstrated Beijing's serious commitment to tackle global greenhouse emissions in the years ahead. Alongside signing up to the Paris Agreement, China will begin cutting emissions over the next 10 years.

The cases of Japan and China underscore the reluctance of Washington to join in such carbon plans, as well as the willingness of the wider Asia-Pacific to take over responsibility on global climate issues, even as the U.S. abdicates leadership. Biden now inherits this legacy and is thus tasked with making more aggressive climate exchange goals to compensate for the damage caused by his predecessor.

Biden has made clear his commitment to net-zero emissions by 2050.

Commenting on his plans previously, Biden said he intends to "lead an effort to get every major country to ramp up the ambition of their domestic climate targets." In fact, Biden has outlined one of the most ambitious climate change policies ever as a leading presidential candidate. Certainly, Biden can talk the talk.

Yet whether Biden is able also to walk the walk, especially facing the familiar roadblock of congressional Republicans to climate measures, is yet to be seen. Having witnessed the death of the Obama administration's less ambitious climate change plan, Biden knows he must first overcome several hurdles including the possibility of Republican control of the Senate.

As of today, the U.S. has abdicated its once leading role in the Paris Agreement. The new net-zero policies of China and Japan demonstrate the willingness of other countries to take up the responsibility, at least until President Biden formally rejoins the accord. But this has already come at a great cost to both the U.S. reputation and global climate change progress. The next few weeks will be decisive as to whether Biden can repair the last four years of climate antagonism and place the U.S. back onto the right tracks.