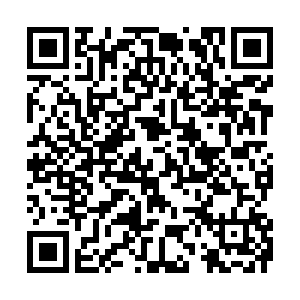 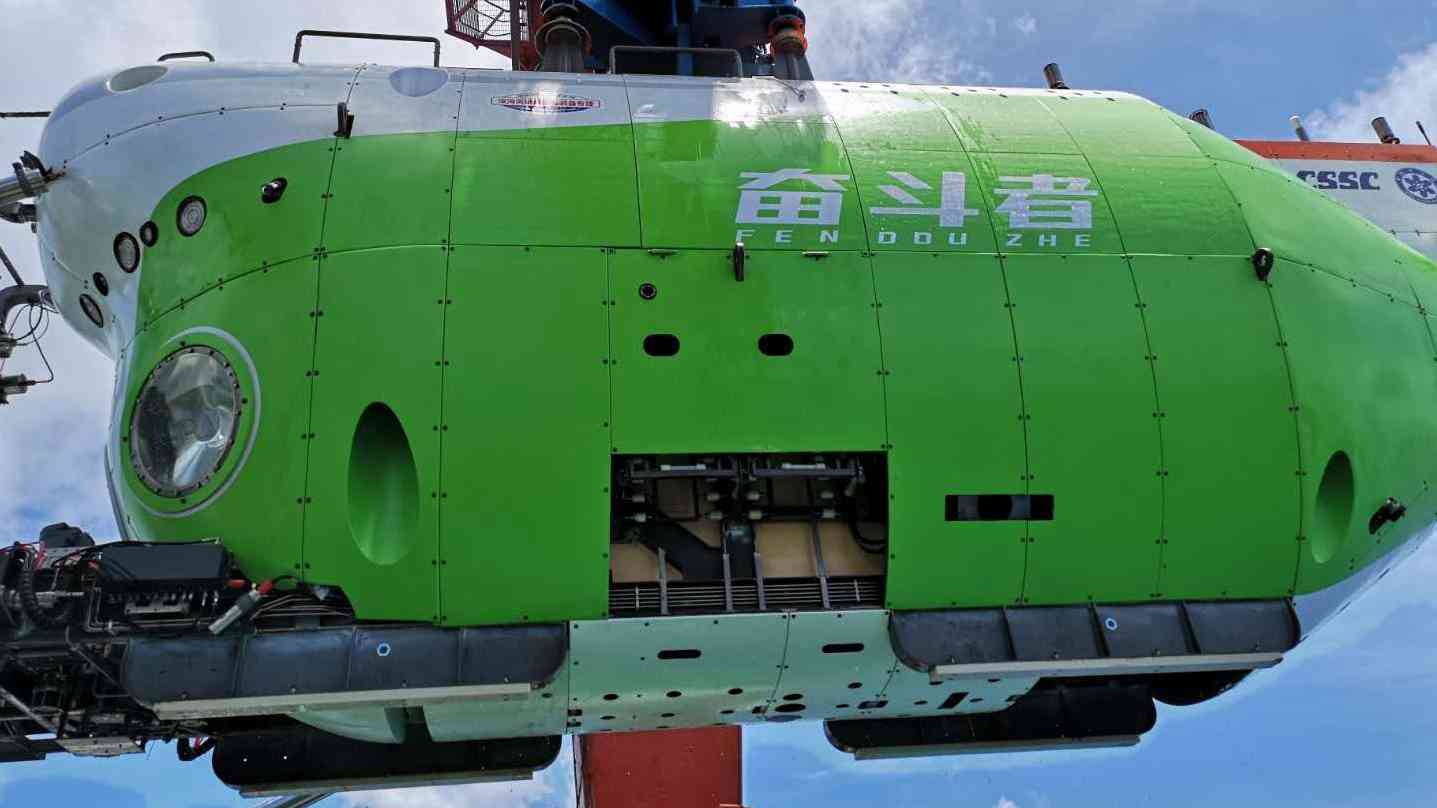 Three divers sent back a group photo with each person carrying a food plate in hand after four hours of the mission.

According to the exploration team, the crew will work for 6 hours in data collection and actual exploration when the vessel reaches the deepest spot. 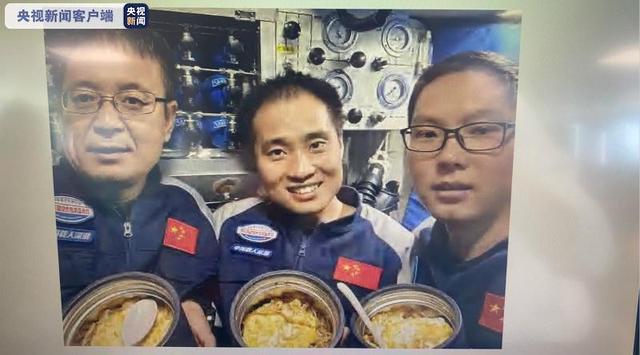 That spot, known as the Challenger Deep, is roughly 10,900 meters deep. The water pressure is 110 kPa, equivalent to 2,000 African elephants.

The cabin shell uses titanium, a perfect material with low density and high strength that allows the submersible not only to bear water pressure at 10,000 meters, but also to reduce self mass and expand interior space.

Powered by a lithium battery, the Striver can unload the equipment onboard and pick up samples from the surrounding environment with its flexible robotic arms. The arms can operate at an accuracy of one centimeter, the research team said.

The Striver moves its arms toward the host in a simulation demo. /CCTV

The Striver moves its arms toward the host in a simulation demo. /CCTV

It is more capable than its predecessor Shenhai Yongshi (Deep Sea Warrior), as it can carry three researchers to more than 10,000 meters (more than 32,800 feet) deep, according to the China Ship Scientific Research Center.

In June 2012, China's first deep-sea manned submersible, Jiaolong, named after the mythical sea dragon, set China's previous diving record by plunging 7,062 meters down the Mariana Trench. Previously, Jiaolong was based on Xiangyanghong 09, a survey vessel in service since 1978.

Jiaolong is being presented in a simulation demo. /CCTV

Jiaolong is being presented in a simulation demo. /CCTV

"Deep sea warrior" is the second manned sub that can reach a depth of 4,500 meters. Ninety-five technology components applied on the second generation subs are domestically made, according to the design team.

It has made 43 dives, and conducted geological, geophysical, geo-chemical and biological investigations and sampling of hydrothermal systems on the seabed since it has put into service.

"Deep sea warrior" is being presented in a simulation demo. /CCTV

"Deep sea warrior" is being presented in a simulation demo. /CCTV