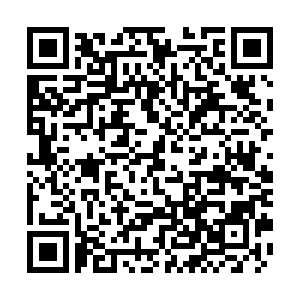 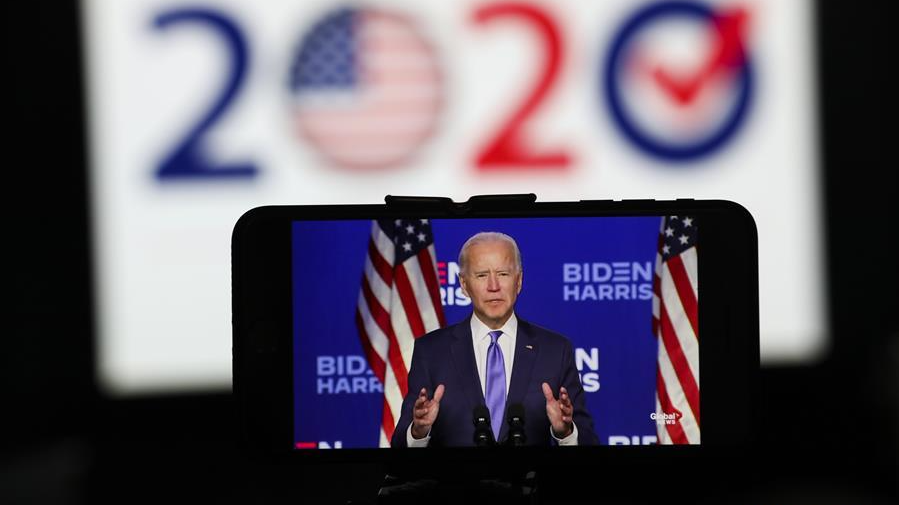 The live stream of Joe Biden delivering a speech in Wilmington, Delaware, the U.S., November 6, 2020. /Xinhua

The live stream of Joe Biden delivering a speech in Wilmington, Delaware, the U.S., November 6, 2020. /Xinhua

In the autopsy that will follow the 2020 general election, there's already a lot of ideological messaging that's taking over any serious analysis. For example, some prominent Democrats and media personalities are saying that the progressive platform nearly cost them the presidential election and House seats. Meanwhile, Republicans like John Kasich are being given open mics to prognosticate over the future of the Democratic Party. This is really the problem.

It was a common trope among centrists that former Vice President Joe Biden's candidacy would deliver down ballot races on the strength of his centrism. Wrong. This demonstrably did not help swing voters toward the Democratic Party writ large, but rather helped swing them away from Trump without abandoning their party allegiance. It's easy to see why Biden, as his Republican endorsers would tell you, is basically a Republican himself.

These same prognosticators said that should progressive and self-avowed "democratic socialist" Senator Bernie Sanders head the ticket that Republicans would conjure up images of the former Soviet Union or today's Venezuela as an attack.

Political strategist Ana Navarro-Cadenas said on Twitter in February, "If @BernieSanders is the nominee, all we'll hear is 'Democrats want to turn America into Venezuela.' It won't affect outcome in NY or VT, but it will affect Florida. It'll cripple down-ballot candidates. Democrats, I plead w/you, think hard about the big picture and who can win."

Well, it turns out that this attack was leveled anyways. U.S. President Donald Trump hammered away at Biden, saying that he was trying to turn America into a socialist country and routinely miscategorized the former vice president's policy positions that were a stark contrast to Sanders. This actually ended up costing Biden huge swaths of Latino voters in Florida.

Anyone with knowledge of the Republican Party's messaging for the past 90 years could have seen this coming; as long as socialism has been a taboo in America they have used this label against their opponents.

The real proof of whether centrism is an effective political strategy, as they say, is in the pudding. John Kasich, the former governor of Ohio who endorsed Joe Biden and spoke at the Democratic National Convention (DNC), could not deliver Ohio for Democrats yet it was progressive Congresswoman Rashida Tlaib, a member of "the squad," whose get out the vote effort helped flip Michigan. 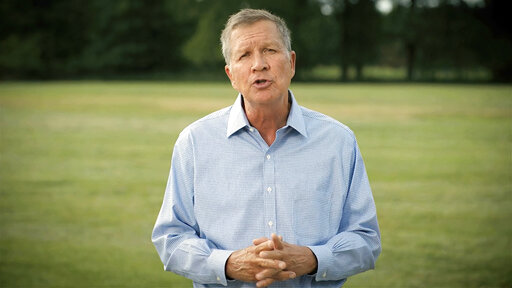 A screenshot from a video of former Republican Ohio Governor John Kasich speaking during the first night of the Democratic National Convention August 17, 2020. /AP

A screenshot from a video of former Republican Ohio Governor John Kasich speaking during the first night of the Democratic National Convention August 17, 2020. /AP

Every single member of Congress up for reelection that supports Medicare for All won back their seat and every Democratic candidate that lost their race did not support this cornerstone progressive policy. Candidates and ballot measures endorsed by the Democratic Socialists of America (DSA) had an overwhelming win percentage, far exceeding centrists, winning at the local and national level.

Conservative Fox News' exit polls even embarrassed the network last week with results like 72 percent support of voters favoring a shift "to a government-run healthcare plan," 71 percent supporting leaving Roe v. Wade "as is," 55 percent in favor of stricter gun laws, 72 percent in favor of a "pathway to citizenship" for "illegal immigrants" and other gems. Surely Fox New did not lead these questions for this outcome.

It should also be noted that Republicans that won many of these seats were by no means moderate, and at least one of these people – Marjorie Taylor Greene – is an avid supporter of a false right-wing conspiracy theory.

But in the totality of this election's outcome, still some analysts would say that centrism won and the real proof is that the results will likely end in a split government.

First of all, this conclusion should not be made until the results of the Georgia Senate election. Second of all, it's clear at this point, given that a lot of people voted for Biden yet still voted for Republicans down the ballot, that without the pandemic Trump would have secured another term. The presidential election was hardly about policy – it was a referendum on the president.

It's clear as day that four more years of the same vanilla policies that led to Trump's victory in 2016 will only lead to another demagogic Republican president in 2024 – and this time whoever that person might be will be a far more competent demagogue.

On the other side of this, Democratic leaders like Senate Minority Leader Chuck Schumer could face tough primary challengers in the 2022 midterm elections. These are the dangers the Democratic establishment faces if they choose to shoo away a serious analysis on this election cycle rather than pushing their same anti-progressive messaging.

At the same time, if Republicans like John Kasich and Senator Mitt Romney, who just said during his rounds on Sunday talk shows that Republicans need to make headways with younger voters, actually want to see their party shed free from Trumpism, they should focus on addressing the issues in the Republican Party rather than try to hijack the Democratic Party. It may prove difficult for them on that front, given that the political left in America has a virtual monopoly over novel political discourse at this point.

Analysts that don't see this writing on the wall are not actually analyzing anything; rather they are performing political messaging to produce the reality they want to see but is not actually there. Biden's win is not a vindication for centrism; his presidency will probably not quell the very real problems that Americans, particularly young people, face on a daily basis.

If Democrats want to actually fully defeat Trumpism, they should embrace progressive platforms and not people like John Kasich. The old triangulation strategies of the '90s simply can no longer work anymore in today's political age even if it may be enticing to believe so after Biden's projected win.