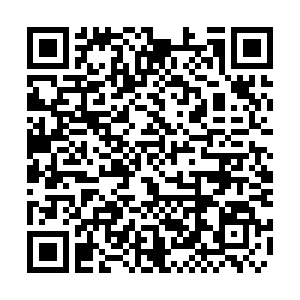 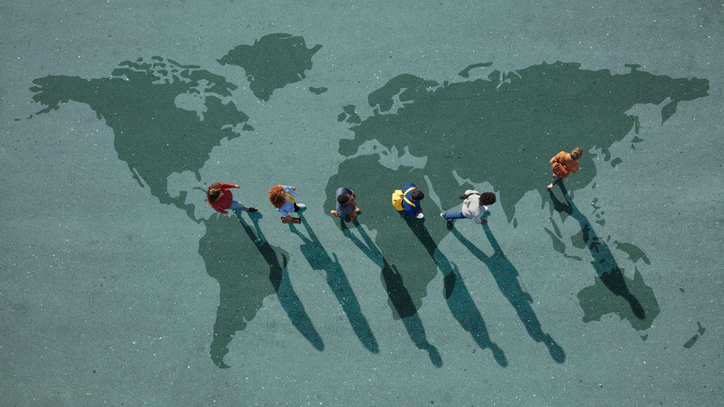 Editor's note: The projected winner of the 2020 U.S. presidential election, as reported by the American media, is the former vice president Joe Biden. To map out how the next U.S. administration will influence China and the world, the China and Globalization Forum 2020 invited scholars from both countries to exchange ideas on globalization. Xiong Tong is an opinion editor with CGTN Digital. The opinions in the article do not necessarily represent the views of CGTN.

As high-tech develops too rapidly in the West's urban areas, globalization has begun to leave out many suburbs and villages. As a consequence, an anti-globalization sentiment began to catch steam. However, globalization is still being welcomed in the developing world. For example, China, the largest developing country in the world, is still a great advocate of it.

Speaking of the significance of 2020, he said it is a critical time for the world. "This year marks the 75th anniversary of the establishment of the United Nations (UN). We haven't seen this kind of pandemic for almost 100 years. As the results of the U.S. election are coming out, China is also discussing its next five-year plan."

America may continue unilateralism without Trump

During U.S. President Donald Trump's four-year term, the U.S. withdrew from many institutions and organizations, worrying many that this could be the turning point for the institutions that were established since the end of World War II and the founding of the UN.

However, from a historical perspective, unilateralism did not start with the Trump administration, although the incumbent was blamed for an extreme version of it. Rather, it was born when the nation itself began, with its creed of American exceptionalism.

Ronnie Chan, co-chairman of the CCG advisory committee, warned that Biden would not change course. "I worry for a political deglobalization. America has acted unilaterally since World War II and especially since the fall of the Soviet Union. If Biden comes into the office, the process of deglobalization will be slower, but it will not reverse it," he said.

This means America's role will not change with its new leadership, and other countries must prepare for a longer version of American isolationism in a globalized world.

If America continues to deal with the rest of the world in the same way, what should other countries expect in the future? All eyes have turned to China, as President Xi Jinping's clever policies to curb the spread of the COVID-19 pandemic and rejuvenate the local economy have impressed many people worldwide.

"There will be only one major economy that ends the year larger than when it began the year, and that will be China," said Graham Allison, a Harvard University professor famous for warning about the Thucydides Trap between the U.S. and China. 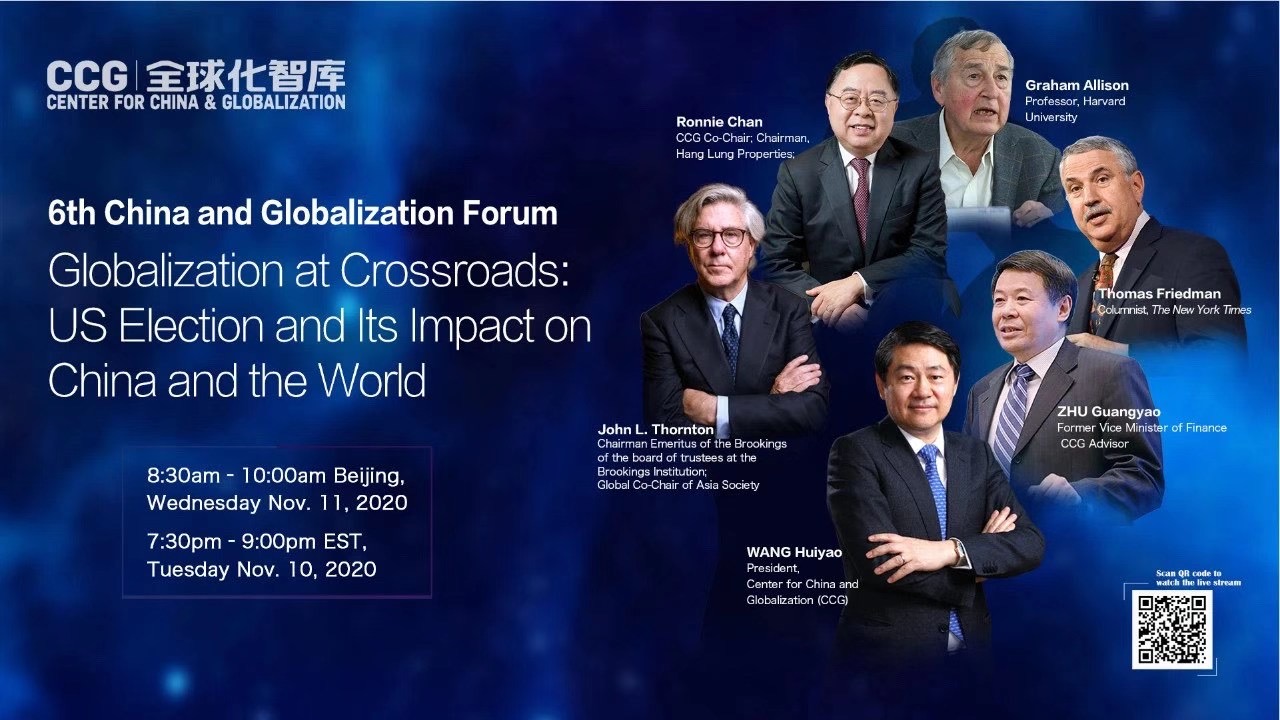 The official poster of the 6th China and Globalization Forum.

The official poster of the 6th China and Globalization Forum.

Allison reaffirmed that the most important relationship in the world is still the U.S.-China relations, and China would play a much more important role in the future.

"China has emerged as the manufacturing workshop of the world. China has emerged as the No.1 trading partner of almost every major economy. So, China is a rival, not just threatening to, but actually displacing the U.S. from positions and prerogatives and upending international order. We need to coexist if we want to avoid [mutual] destruction.”

It is too early to say whether America's influence will diminish and China will step in to help the world more. But perhaps the most suitable man to address this is New York Times columnist and author of "The World Is Flat" Thomas Friedman, as he is the most frequent observer of globalization.

During the panel discussion, Friedman created a different narrative to argue that the world is flatter than ever before.

He also deconstructed his newly-invented algorithm. "I've written more than two decades of column articles, and all I found is that I have been only talking about pandemics, with different pathogens that destroy the entire global system, including geopolitical ones like 9/11, financial ones like 2008, biological pandemic like COVID-19 and atmospherical ones like climate change," he said.

Friedman used the metaphor of a water pumping system to elucidate his point, warning that countries are not just interconnected and interdependent but also fused to each other.

"As we are connecting the hoses every day, we have begun to grease these connections. Then we started to remove the buffers that manage these flows between these hoses and act actually as surge protectors," he said.

"For example, in 9/11, cultural diversity was such a buffer." To avoid the next pandemic, "We need to provide global governance where there's no global government."

This is exactly what President Xi proposed almost seven years ago, "building a community with a shared future for mankind."