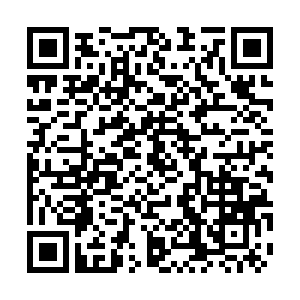 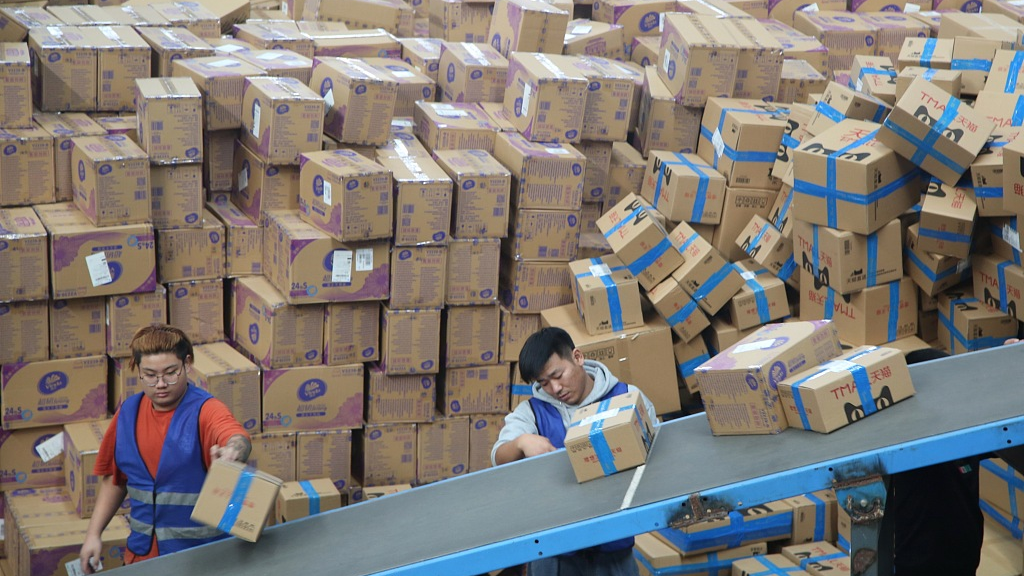 Normally, scheduling a package delivery at home is a seamless process. But after waiting hours past the scheduled time, Xu Cong was told that the delivery company was too busy, and if she was in a hurry, she could leave the package outside the door for pickup later.

With this year's massive shopping spree, called Double-11 in China, starting earlier, delivery services across the country have been seeing a deluge of packages to deliver.

In addition to Alibaba, other e-commerce giants like JD, Suning and Pinduoduo are all running massive online sales event very early. Alibaba says the purpose is to help merchants that have been hit hard by the pandemic sell more products.

The early start was supposed to improve the salary of delivery workers by bringing them more work and at the same time reduce the risk of a "severe package backlog." The move seems to have failed on both fronts.

A worker at a delivery station in Beijing told Beijing News that with big data tracking, automatic sorting machine, robot delivery and numerous delivery lockers in communities, the distribution efficiency of the logistics industry has greatly improved, so the delay in deliveries are on the frontend, in the hands of delivery workers, which according to him are understaffed.

Part of the reason may be an increased workload, but not in wages. Many delivery people complained online that they've never been busier in their years of delivering packages, while their incomes have never been lower. 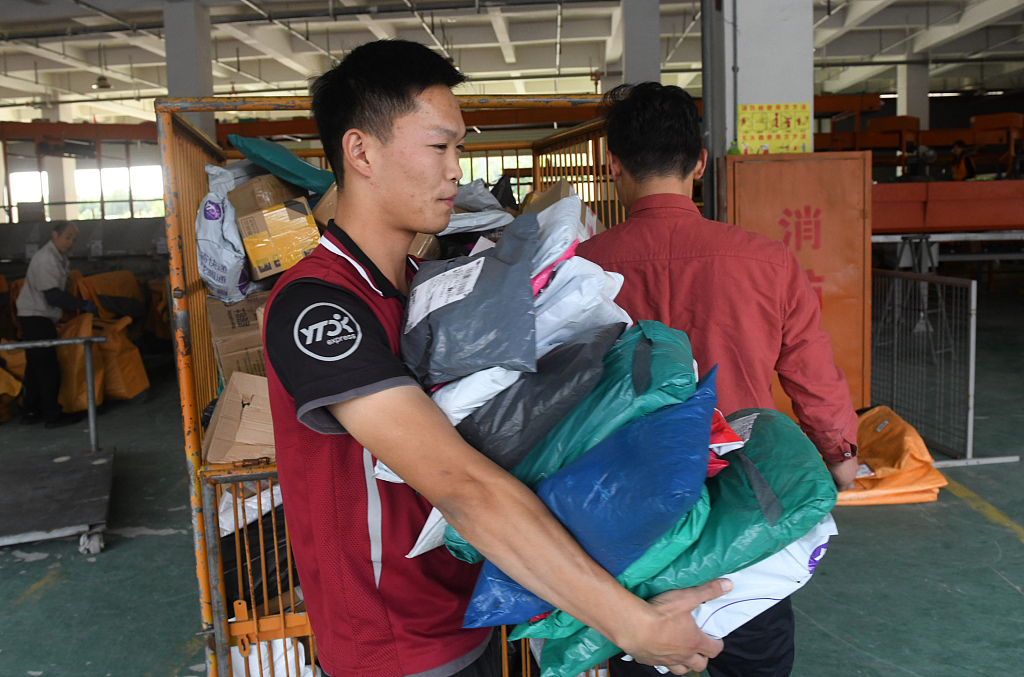 A delivery man is carrying dozens of parcels in a depot in Fuyang City, Anhui Province, October 9, 2020. /CFP

A delivery man is carrying dozens of parcels in a depot in Fuyang City, Anhui Province, October 9, 2020. /CFP

Wang Xiao, a deliveryman told CGTN that he works almost 12 hours a day, but for every package he picks up or delivers, he is paid less and less. In the previous years, by sending or picking up a package, he can earn 0.7 to 0.8 yuan, but now the unit fee has dropped to 0.4 yuan.

"Taking out the telephone bill, I can only earn 0.25 yuan for sending a package," Wang said.

Data from the State Post Bureau (SPB) showed that the volume of parcels will peak during November 11 to November 16, with the average daily delivery volume expected to reach 490 million, about twice than the previous daily volume and compared with September, the demand for couriers increased by 16.11 percent in October.

Experts say the shortage in workers is due to low wages triggered by the price war that broke out in China's courier industry last year between SF Express and the "Tongda Operators," YTO Express, STO Express, ZTO Express, Best Express, and Yunda.

Since the top company in the industry lowered its prices, Tongda operators were forced to follow. Currently, many delivery stations are in troubled waters with incomes of delivery stations and delivery workers being squeezed to subsistence levels, and their delivery networks are becoming increasingly unstable.

Wang said that delivery stations usually hire part-time workers to cope with the Double-11 shopping festival, but this time, some unprofitable delivery stations didn't hire at all, including the station he works where the chief manager has to deliver packages by himself to save costs. 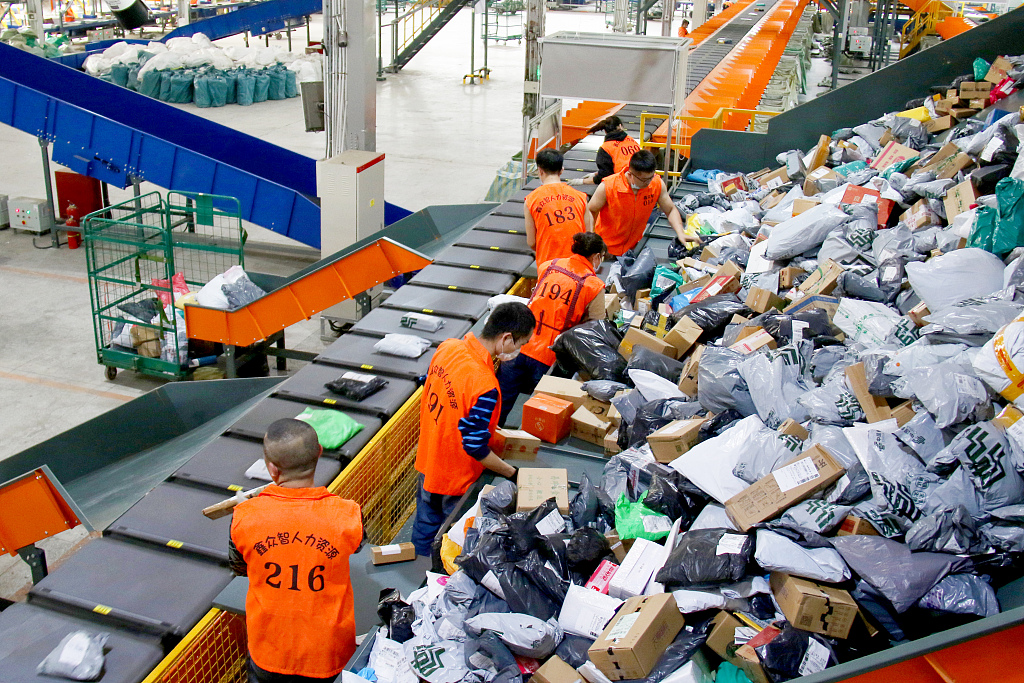 Analysts say the price war will not end in the short term, and Double 11 is a fierce test for Tongda operators. In addition, two cash rich newcomers of J&T Express, an Indonesian logistics company and Zhongyou Express, an affiliate of the e-commerce giant JD will further intensify the price war.

Public report shows that Zhongyou Express started its operation in Guangdong Province in April, and the company set up over 400 delivery stations in Guangdong and Shanghai after just three months. And the company launched a price war on October 1, by setting the price of deliveries at only 1.5 yuan for each parcel.

As for J&T Express, which officially started its operation in China in March this year, it has increased its daily delivery volumes to 10 million in seven months, which was achieved by Best Express in 15 years. So far, the company has had 100 transfer centers across China.

Similar with Zhongyou Express, J&T has posed to further expand its market share during the Double 11 and increased its daily delivery volume to 15 to 20 million, which has triggered Tongda operators to strangle the company by banning their franchisees to deliver and pick up parcels for and from J&T.

Unlike SF, most delivery companies in China are structured like franchisors. The head office sets prices and franchisees or first-level agents set up a depot in every city or larger areas. The first first-level agent will then subcontract the last-mile pickup and delivery to stations, sprinkled across China.

To cope with the fierce competition, J&T and Zhongyou have given salaries about two times higher than that of Tongda operators to ensure they're fully staffed during the Double-11 shopping festival, but many delivery workers are still hesitating to give up their current jobs and jump onto a risky boat.