Mr. Biden, wouldn't you agree with me?
Liu Xin 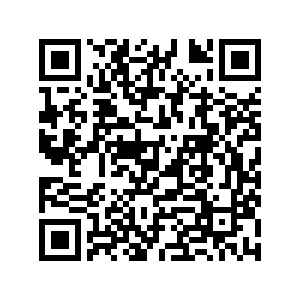 Mr. Biden, I heard your victory speech. I know, for many people, the game is not over. But to many more, the curtain has fallen for Donald Trump and will soon lift for you and your running mate Kamala Harris.

At least that's how you and your team see it. You already gave your victory speech and, believe it or not, that speech has reached many in China. We have been fascinated by the election saga, wondering what it will mean for us.

I listened carefully to your speech despite a severe jet lag from a long journey from Europe back to China. I am still in quarantine as you can see. I'm really curious what you have to say to Americans and to us here across the Pacific.

Congratulations. I must first say that you looked terrific, jogging onto the stage, full of energy. The speech was well delivered. Only I didn't find much foreign policy-related content. Of course, you were talking to your fellow countrymen and women.

You also talked about putting aside harsh rhetoric, lowering the temperature with the Republicans. It's time to heal, you said, and to march the forces of decency, fairness and science. These messages stayed in my mind, and as I revisit them, somehow they seem to apply also to U.S.-China relations, wouldn't you agree?

You said you want to be a leader who unites instead of divides. Look at what has happened to the world since President Trump came into office. For no valid reasons, countries have been forced, especially smaller ones, to take sides!

Either you are with us or against us. It's been driving them nuts and has not earned America many friends. "The coalition of the willing" has always been wishful thinking. It's time to wake up.

You said it's time to cooperate. Hell yeah! That's the spirit.

Countries can compete and should compete, that's just natural. In a sports match, athletes compete to be stronger and better, but without having to forge animosities. China is going to continue to grow, whether America likes it or not. And that's the choice you can make – whether we cooperate or not.

And when we do, there's nothing that can't be done, to borrow your own words. Climate change is a perfect example, and we've been there before. The coronavirus can be another example. Through cooperation, we can beat it!

Mr. Biden, you said it's time to put aside harsh rhetoric and lower the temperature. The fierce tit-for-tat that's been going on between our two countries is just poisonous. Now the ball is in the U.S.'s court. China welcomes a stable relationship with the U.S. Unless provoked, it has no reason to make an enemy out of the most powerful country in the world.

You said it's time to march the forces of decency, fairness and science. You were talking about the coronavirus pandemic, I believe. But in international relations, especially between big countries, we can also use a bit of that!

There are differences between countries, even grave grievances, but please, let's all have more decency, fairness and science, and by that, I mean facts, in how you approach a foreign country and its people. That's the only way possible.

Mr. Biden, you said it's time to bring prosperity to all, and that possibilities define America. I agree. That's how America has been built and why it is so loved. But America does not have a monopoly on prosperity and possibilities.

You have American dreams. Chinese people, and people around the world have their dreams too, and the right to fulfill them. Nobody can say "stop" or "you must not get richer" or "you couldn't have invented that.”

Prosperity for all should mean prosperity for all. Finally you talked about restoring the image of the U.S. as "a beacon for the globe." Some say that will mean more ideological confrontation with China. I say we just have to be our better selves, our better angels, and see how we co-exist.

I'm glad you used "a beacon" instead of "the beacon," as that would make things much more complicated. You talked about the broadest coalition and diversity within the U.S. The world needs that too. And that's how you win back respect for America.

So Mr. Biden, if you are officially declared president-elect, I wish you success. Remember, what could work to heal America can work for the world as well, and China is on standby.