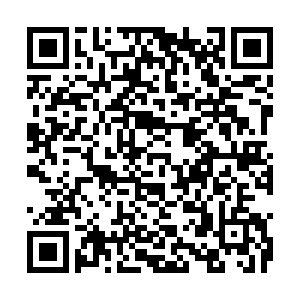 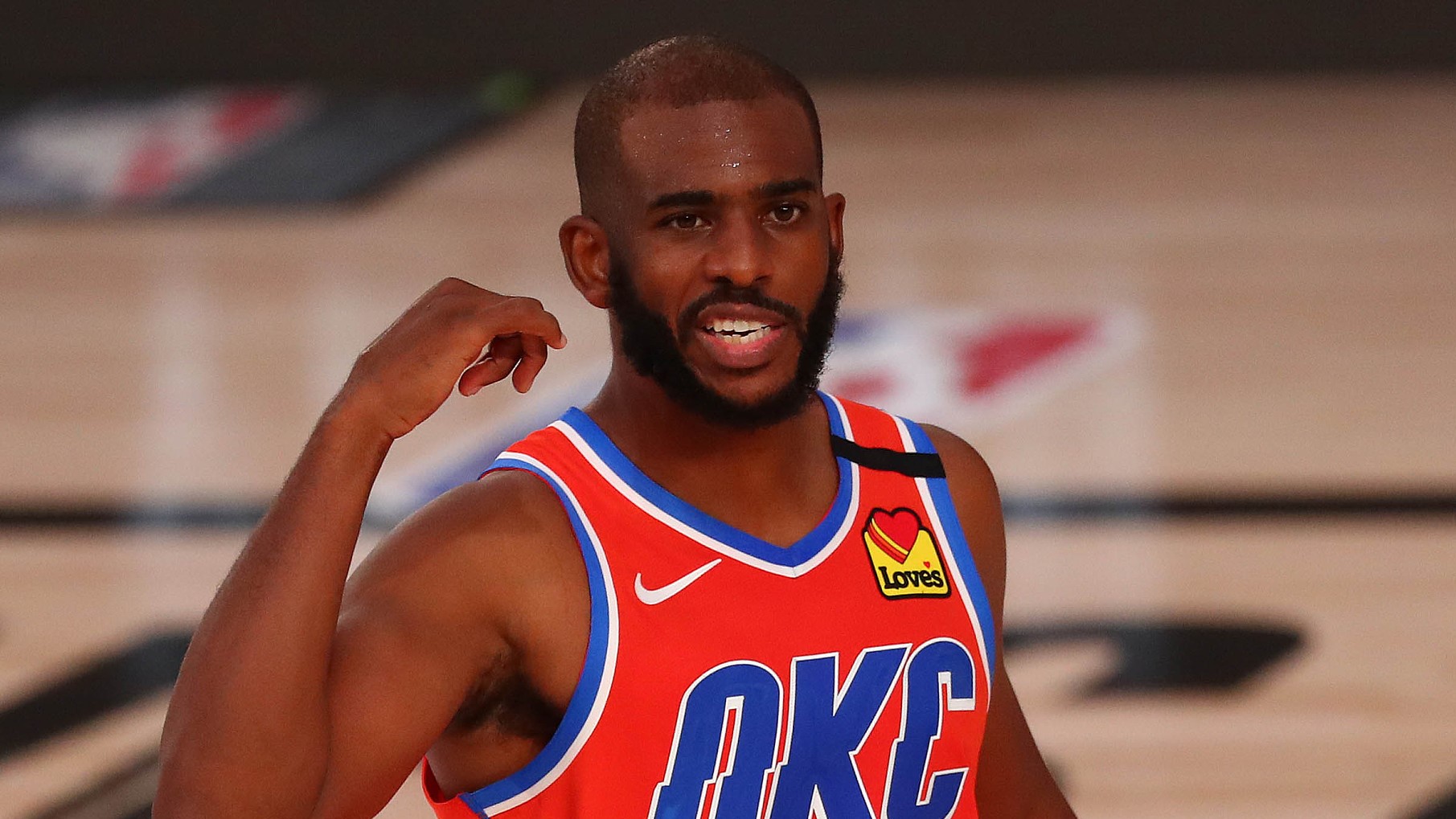 The Phoenix Suns have discussed with Oklahoma City Thunder over the trade of Chris Paul, the biggest name for point guard on the market, according to ESPN.

There have been more than enough trade rumors over 35-year-old Paul in the past month, but not even one team actually picked up the phone to call Sam Presti, general manager of the OKC.

Not many expected Phoenix to reach out to OKC first. 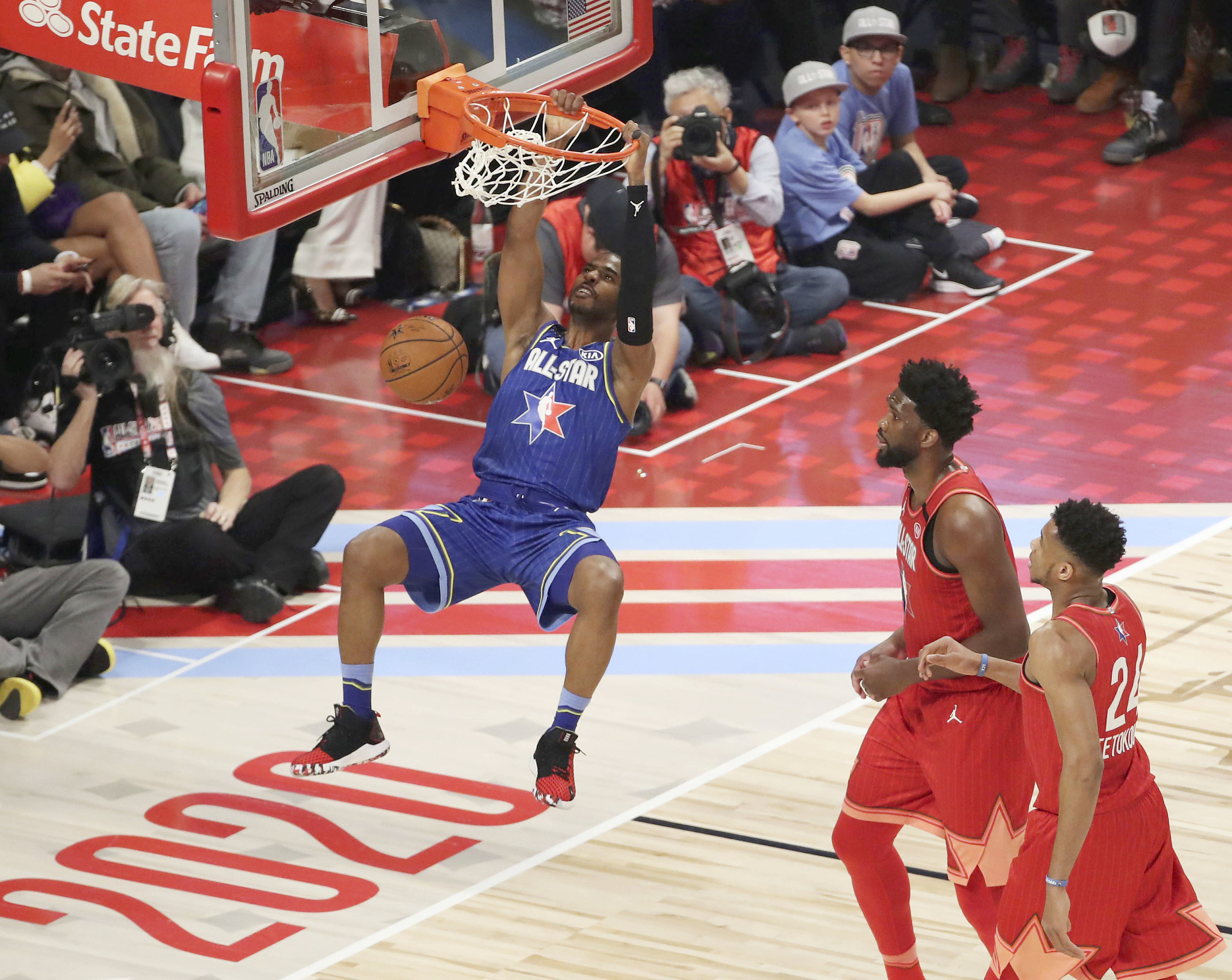 Despite his age (35) and a big contract (two-year, over $85 million), Paul can still be of great help to any team he joins. Not only did he make the All Star again after missing it for three years, Paul led OKC to finish the regular season ranking the fifth in the Western Conference, above Donovan Mitchel and the Utah Jazz, Luka Doncic and the Dallas Mavericks plus Damian Lillard and the Portland Trail Blazers.

Of course, it won't be easy to acquire Paul. Bleacher Report did some calculations: Phoenix may need to send their starting point guard Ricky Rubio and small forward Kelly Oubre Jr. together to match Paul's salary, which is about $41.35 million for the 2020-21 season. That's just theoretical because it's hard to imagine that OKC will let Paul go without asking for at least one first-round draft pick. 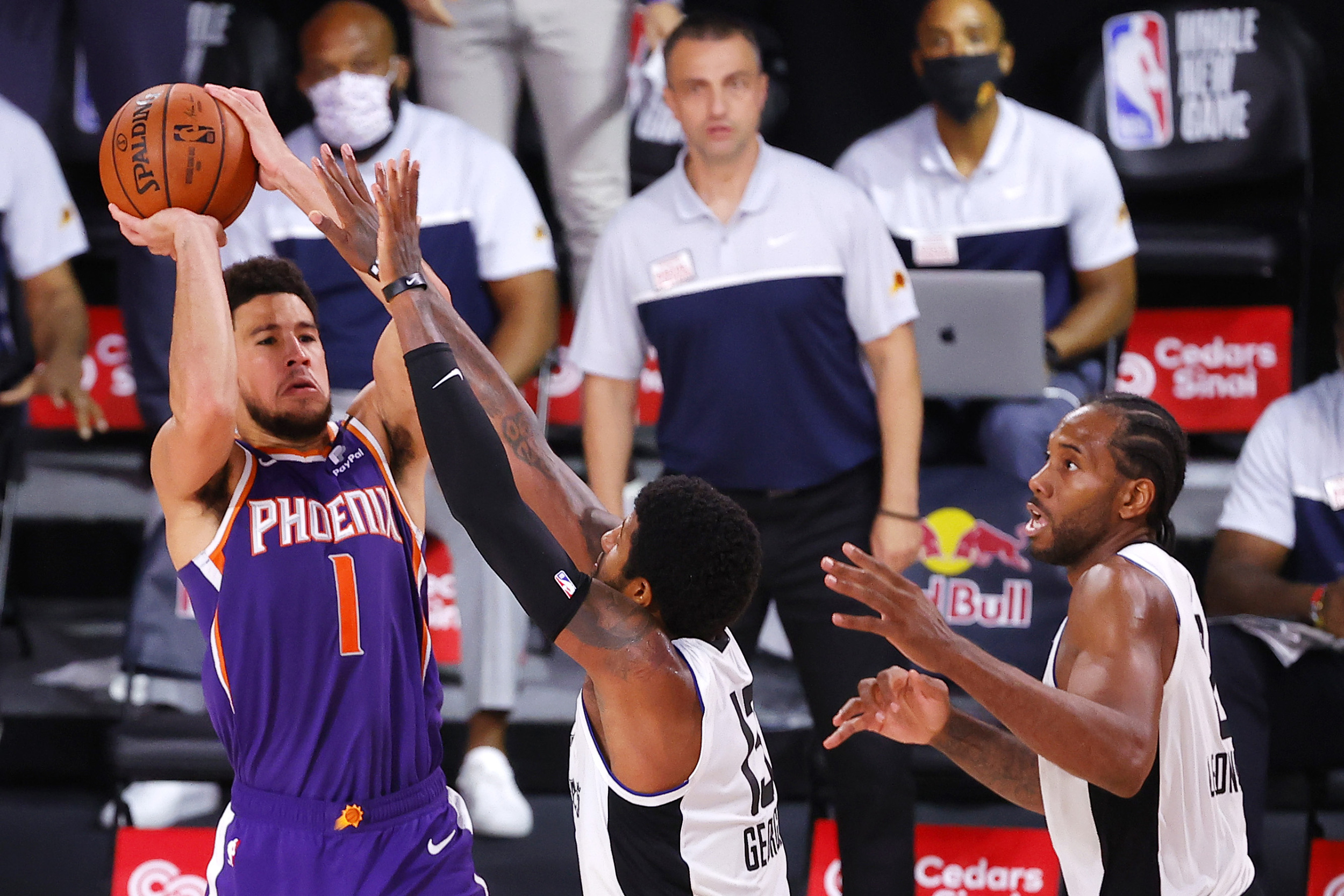 Devin Booker #1 of the Phoenix Suns beats the buzzer in the game against the Los Angeles Clippers at The Arena in Orlando, Florida, August 4, 2020. /CFP

Devin Booker #1 of the Phoenix Suns beats the buzzer in the game against the Los Angeles Clippers at The Arena in Orlando, Florida, August 4, 2020. /CFP

However, Phoenix have good reasons to chase Paul. They made everyone speechless by winning all eight games in the bubble in Orlando. Devin Booker averaged 26.6 points, 4.2 rebounds, and 6.5 assists per game while lifting his True Shooting Percentage to 61.8 for the first time in his career. That's what happened when you put Rubio, who is a great orchestrator but lacks shooting range, along with Booker. Imagine what will happen if you replace him with Paul.

Paul played for Phoenix head coach Monty Williams in the 2010-11 season in the New Orleans Hornets (today's New Orleans Pelicans). He spoke highly of Williams' coaching. "His basketball mind ... I used to get so excited before the games about the plays he was drawing up," said Paul ahead of the game between OKC and Phoenix last December.

Phoenix will have over $20 million of salary space during the transaction period, enabling them to introduce Paul via trade while signing free agents to improve their squad. Nonetheless, there will definitely be quite a contest for Paul. The New York Knicks, the Los Angeles Lakers, the Milwaukee Bucks, and many other teams are also looking at 35-year-old CP3.