The significance of the Nagorno-Karabakh peace deal
Andrew Korybko 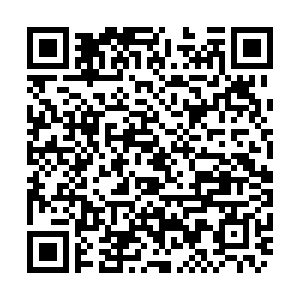 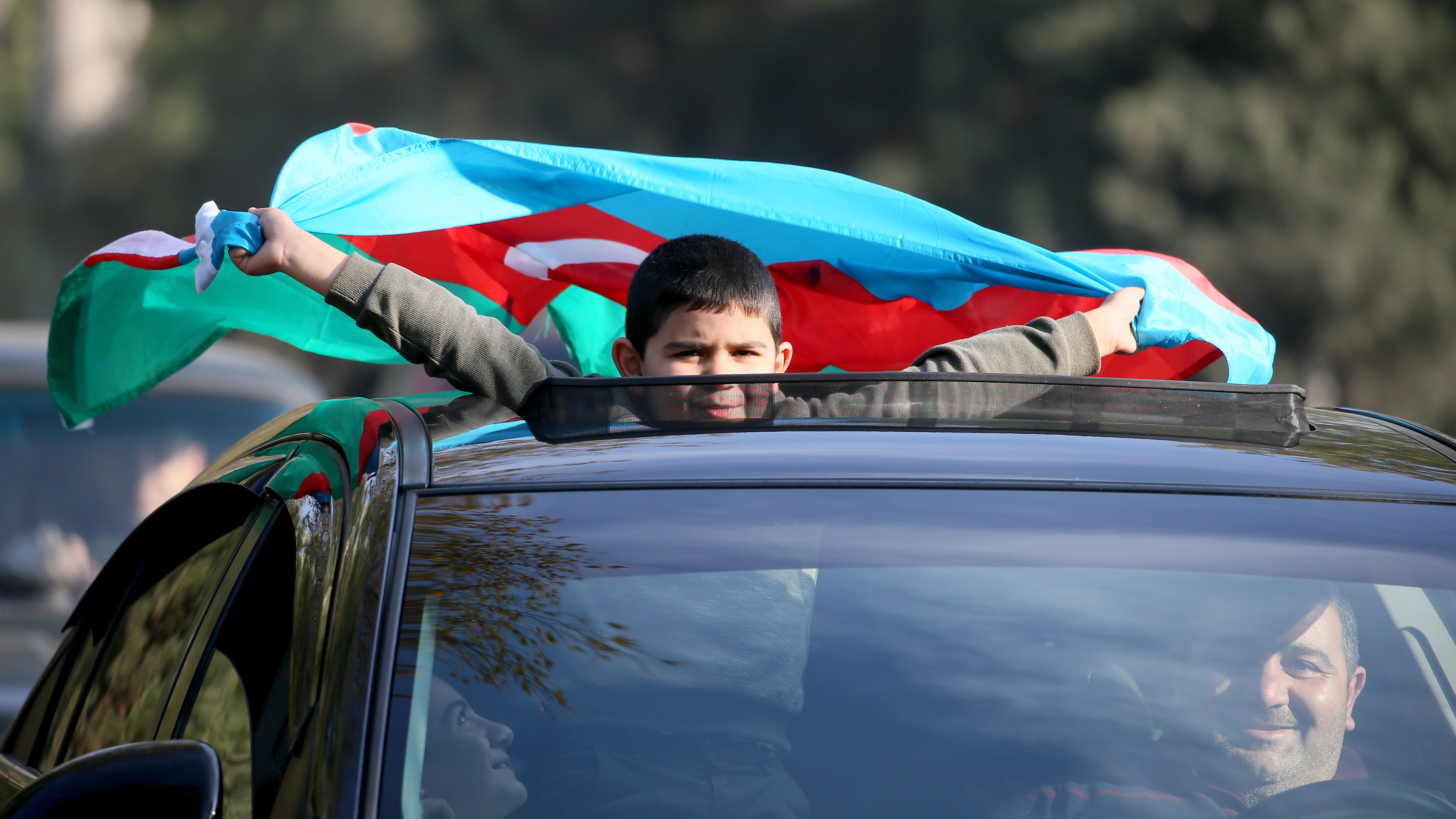 A boy waves an Azerbaijani flag from a sun roof of a car as he celebrates the end of the military conflict over disputed Caucasus Mountains territory of Nagorno-Karabakh, Tartar, Azerbaijan, November 10, 2020. /Getty Images

A boy waves an Azerbaijani flag from a sun roof of a car as he celebrates the end of the military conflict over disputed Caucasus Mountains territory of Nagorno-Karabakh, Tartar, Azerbaijan, November 10, 2020. /Getty Images

Russia brokered a historic peace deal between Armenia and Azerbaijan to end the previously frozen Nagorno-Karabakh conflict which violently re-erupted seven weeks ago. Azerbaijan launched a counteroffensive in response to what it claimed was an Armenian attack against it from the territory that Yerevan had been illegally occupying for nearly three decades in violation of four UNSC resolutions on the matter. Observers predicted an imminent end to the conflict after Azerbaijan liberated the strategic city of Shusha earlier this week.

The terms of the agreement stipulate a Russian peacekeeping presence for the next five years along the line of contact separating the Nagorno-Karabakh region and the Lachin Corridor from the rest of Azerbaijan. The Russian forces will replace the Armenian ones which will soon withdraw from the occupied territories in several swift phases through the next few weeks. The agreement can be renewed for another five years so long as neither party objects to it six months prior to it expiring.

One of the most unexpected outcomes, however, was that Russia will control a transport communication corridor between western Azerbaijan and its Nakhchivan Autonomous Republic via a sliver of land along Armenia's southern frontier. The simultaneous creation of dual corridors in Lachin and between the two parts of Azerbaijan will greatly improve the South Caucasus' transregional connectivity attractiveness, thus optimistically ushering in a new age of prosperity for the region's inhabitants. 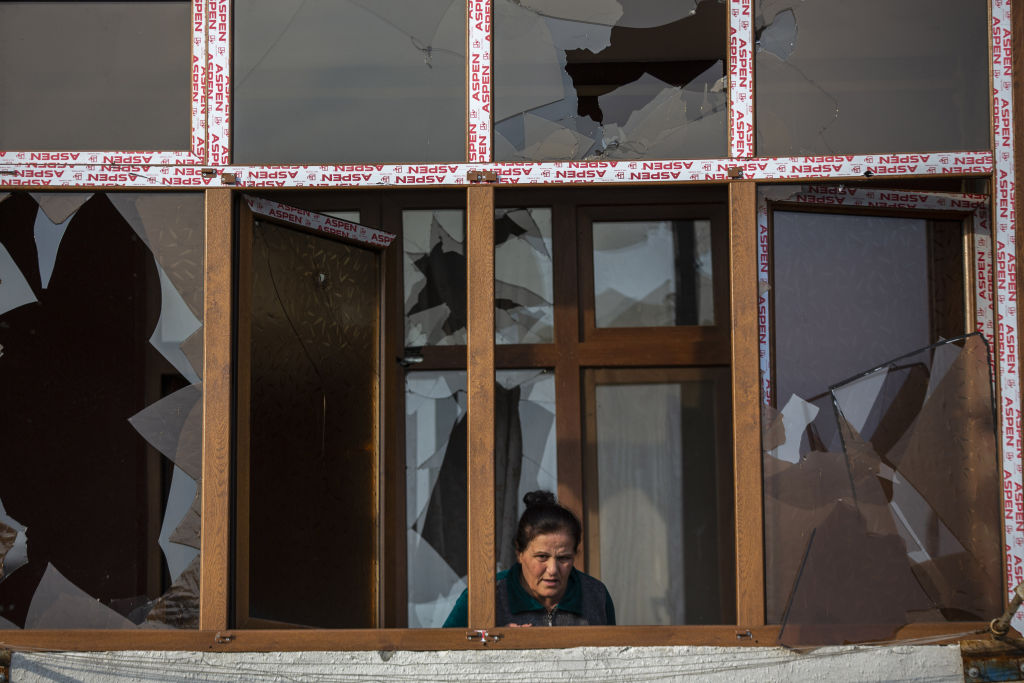 An Azerbaijani woman returns home and cleans inside after the deal reached to halt fighting over the Nagorno-Karabakh region, in Terter, Azerbaijan, November 10, 2020. /Getty Images

An Azerbaijani woman returns home and cleans inside after the deal reached to halt fighting over the Nagorno-Karabakh region, in Terter, Azerbaijan, November 10, 2020. /Getty Images

Azerbaijan already sits in the center of the "Middle Corridor" between China and Turkey which transits through Central Asia, the Caspian Sea, and the South Caucasus as well as the International North-South Transport Corridor linking Russia and India via Azerbaijan and Iran. All relevant stakeholders might soon be able to tap into Armenia's geostrategic economic potential by including it into these connectivity matrices pending the normalization of relations between that landlocked country and its Azerbaijani and Turkish neighbors.

Armenia, Azerbaijan, Russia and Turkey all deserve credit for this peace deal. Yerevan, to its credit, finally realized the hopelessness of its military and legal position, hence its agreement on the aforementioned terms. Baku, meanwhile, changed the on-the-ground reality through its counteroffensive which aimed to implement the four UNSC Resolutions. Moscow and Ankara, meanwhile, leveraged their influence in both warring nations to encourage their leaders to politically resolve their conflict instead of continuing it through military means.

Some significant conclusions can be drawn from all of this. Firstly, Armenia's all-around position in the conflict was untenable. It wouldn't have been able to indefinitely perpetuate its illegal occupation of universally recognized Azerbaijani territory. Secondly, Azerbaijan fully abided by international law in seeking to implement the four UNSC Resolutions on the matter. Thirdly, Russia and Turkey avoided the temptation of competing with one another in the region by working closely together in the interests of peace for all instead.

Looking forward, the task that's facing every stakeholder is to ensure that the formerly occupied territories are reconstructed as soon as possible and that all refugees and internally displaced people are able to return to their homes as was agreed. This mix of economic and social factors will lay the basis upon which Nagorno-Karabakh's political future might be decided. Although the agreement doesn't make any mention of this, it might end up that Azerbaijan grants broad cultural autonomy to the Armenians as a peacemaking gesture.

Of course, it's Azerbaijan's sovereign right as an independent state to decide how best to resolve any lingering issues that might persist after the conflict's military phase has finally ended, but it couldn't hurt to possibly discuss questions such as this one in order to reassure the Armenian population there of Baku's positive intentions. The South Caucasus is now on the brink of transformational change which will certainly work out to its diverse people's benefit, and the Eurasian supercontinent will be more closely connected because of it.